Beyond revealing that there are quail using an area, evidenced by piles of small white-capped droppings, roosting is a major activity that otherwise receives little attention. It deserves more.

Quail generally roost on the ground in open sites throughout the year except during severe wind or precipitation. They may roost alone or in pair, but most commonly roost in a disc formation when their numbers permit. Like the spokes of a wheel, each member of the disc positions itself with its tail towards the center and head outward. Roosting in this fashion is a social behavior, but during cold weather, is also an aid to survival. Such a formation allows each member to benefit from the body heat of others. Temperature within the disc is regulated by how tightly the birds huddle together. Wings are spread, as needed, to create a cover to seal the disc from heat loss. The most effective discs for conserving heat are formed by seven (These are “The Magnificent Seven” when considering how many birds to leave when hunting.) to fifteen quail. With too few birds, the disc will have gaps between the spokes; too many birds will cause a hole at the hub. Large coveys will often form two roosting discs. 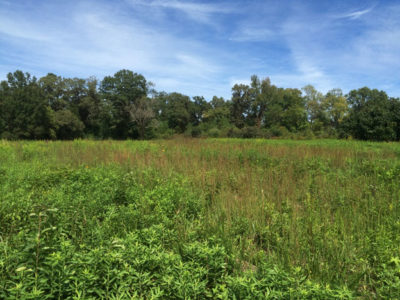 Roosting is probably the only bobwhite activity where dense overhead cover is usually not required. This has been shown from reports of the use of wheat stubble, recently burned areas and harvested bean fields for roosting. Apparently the birds’ camouflage and motionless state while roosting eliminate the need for cover overhead. The open skyward view also allows the birds to flush unobstructed during darkness if necessary. Roost sites are most often on bare ground or have only slight duff. A bare surface retains heat absorbed during the day and thus provides a warmer roosting site to begin the evening. For the same reason roosts are often located on a south or southwest slope where the afternoon sun is direct and has warmed the ground. Quail prefer mid-slope or lower elevations for roosting, presumably to avoid the winds occurring closer to a crest.