Lake Orange is a 124-acre Department-owned public fishing lake in Orange County that was impounded in 1964 and opened to fishing in 1967. The lake is located a few miles east of Orange, VA and offers a scenic setting surrounded by gently rolling farmland and hardwood forests. Access to the lake is off of the main lake peninsula on the western side where the boat ramp, concession, fishing pier, parking lot, picnic facilities and plenty of great shoreline access can be found.

Lake Orange became popular for producing the world record White Bass of 6 pounds, 13 ounces in 1989. How White Bass were introduced into Lake Orange is still a mystery, as they were never officially stocked. Illegal angler introduction or accidental hatchery stocking. Gizzard Shad were illegally introduced sometime in the mid-1990s, and the population is now well established.

Lake Orange can be reached by taking Route 629 off of either Route 20 or Route 522, depending on where you are traveling from. Directional signs for Lake Orange are posted along these roadways. Travel on Route 629 until you see Route 739. Route 739 will take you to the peninsula located in the middle section of Lake Orange. 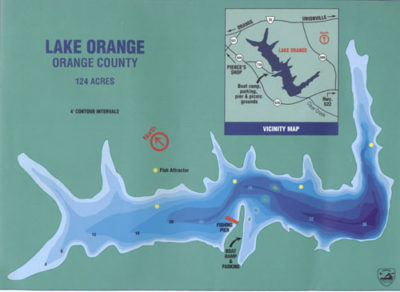 Due to desirable attributes including fast growth, good genetics, and ample forage, it was determined that this fishery was a good candidate for a “trophy” Largemouth Bass regulation (meaning that production of exceptional fish was likely given a reduction in harvest of large fish). The Largemouth Bass population has produced fish in the 11-12 pound range. In order to protect larger bass while encouraging the harvest of smaller bass, a new regulation was established in 2004. The regulation is a 16″ to 22″ protective slot, which means bass less than 16″ or larger than 22″ can be harvested (however, only one bass larger than 22″ can be harvested per day). Daily creel limit remains at 5 bass. Lake Orange bass feed heavily upon schools of Gizzard Shad. The abundance of shad in the lake has made fishing for bass a little more difficult. Anglers should try using crankbaits and other artificial lures that resemble a shad pattern and shape. Jigging spoons through schools of bass feeding on shad is another good pattern. A good fish finder will allow for finding schools of shad.

The Lake Orange crappie fishery is in good condition with a healthy and abundant population. Anglers consistently catch crappie in the 1-pound range. Anglers do well catching crappie off of the fishing pier, fish attractors, or near the many beaver lodges. Anglers are encouraged to try various crappie style jigs until they find a pattern that works best. A good technique for Lake Orange crappie is using light jig heads tipped with small minnows.

Lake Orange offers a decent Walleye fishery. It was initially stocked with Walleye in 1977. The lake has been stocked annually (except 1983, 1993-1995) at a rate of 100 Walleye/acre. Stocked Walleye usually measure about 1.5 inches in length. Due to the difficulty and cost of raising Walleye to larger size in hatcheries, biologists have decided to stock higher numbers of small fingerlings in hopes they will survive to keep the fishery alive. Walleye in the 4 to 5 pound range have been routinely caught at Lake Orange.

The Bluegill population is abundant with fish averaging in the 6–7″ size range. The Bluegill fishery has suffered the impact of the Gizzard Shad introduction and proliferation. The Gizzard Shad population has fully established itself in Lake Orange. Largemouth Bass feed heavily upon the shad and less on the Bluegill. This switch in the food chain is causing an increase in the survival rate of Bluegill. As a result, more Bluegill are surviving to spawn and larger year classes of Bluegill are being produced. The biomass of Bluegill over the course of time, if not thinned out by predators or angler harvest, will lean toward slower growth and smaller size, a stunted population. Anglers are encouraged to harvest Bluegill.

There is a 16″ to 22″ protective slot limit on Largemouth Bass in Lake Orange. Anglers can harvest five Largemouth Bass per day. Anglers are encouraged to harvest bass in the 8 to 12 inch range to prevent stockpiling of the bass population. Bass between 16″ and 22″ must be released. Only 1 fish larger than 22″ may be harvested.

There is a 9 inch minimum size limit on black crappie in Lake Orange. Anglers can harvest 25 Black Crappie per day.

There is no size limit for sunfish (Bluegill, Redear Sunfish, etc.) in Lake Orange. Anglers can harvest 50 sunfish (combined) per day.

Lake Orange provides numerous facilities with a concession that provides boat rental, bait and tackle. Picnic facilities, including a shelter, tables and grills, make for an enjoyable family outing. The lake is open year round and 24 hours a day for shore fishing and for private boats.

Angler’s Landing (540-672-3997), the concession at Lake Orange, is open from mid-March through mid-October, however; the other facilities are open all year. The boat ramp is located on the right side of the peninsula in the protected cove. The floating fishing pier is a popular spot for handicapped and shore-bound anglers to try their luck.

The pier is located on the left-hand side of the peninsula. There is plenty of good shoreline access all along the peninsula and the trail along the cove. Several fish attractor reefs have been installed around the lake to help concentrate schools of fish. 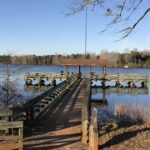 The fishing pier at Lake Orange. 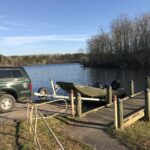 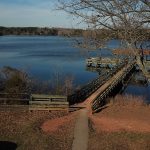 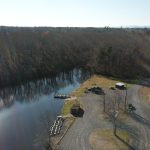 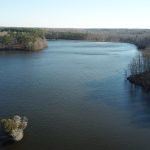 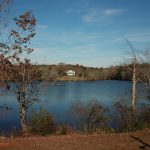 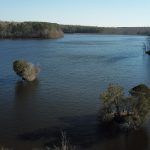 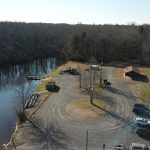 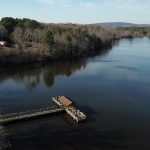 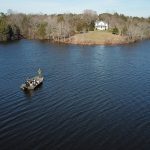