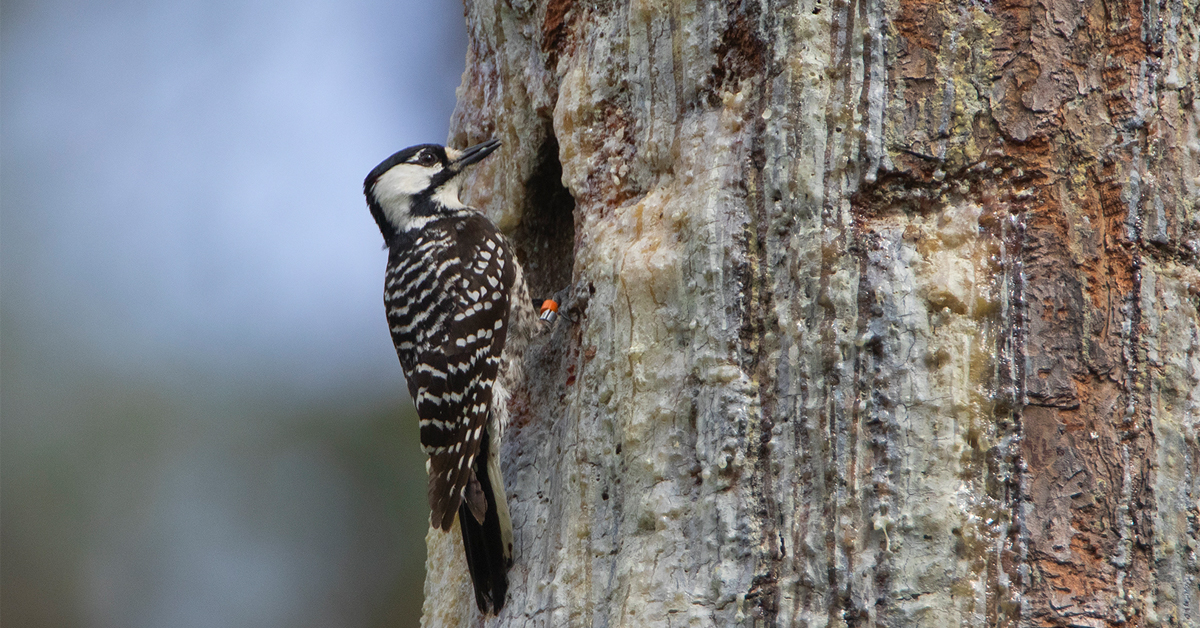 The red-cockaded woodpecker male at the nest cavity.

As tall pine trees swayed in the breeze, brown-headed nuthatches squeaked like rubber duckies. Field sparrow and prairie warbler songs ascended as if reaching for the sky. A red-eyed vireo seemed to duel a summer tanager with its sing-songy vocalization (the tanager won).

This was the backdrop against which two chicks of the federally endangered red-cockaded woodpecker were banded at Big Woods Wildlife Management Area (WMA) on the morning of May 11. The birds were banded by biologists from the Center for Conservation Biology at the College of William and Mary.  Looking on and savoring the fruits of their labor were biologists from the Virginia Department of Game and Inland Fisheries (DGIF) and The Nature Conservancy, whose habitat management efforts at the WMA made it possible for the woodpeckers to nest. 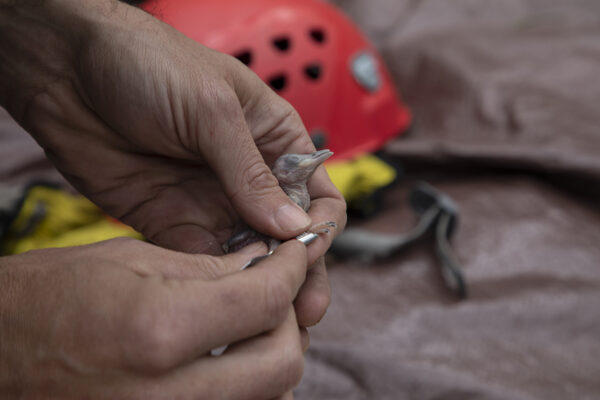 A red-cockaded woodpeck chick being banded. The process does not harm the chicks and helps to keep track of individuals in the small but growing population of the species.

This marks the second year that the woodpecker has nested on the WMA. With a total Virginia population of just over 100 birds in 18 potential breeding groups at three sites, every individual counts. The hatching of the two chicks from a clutch of four eggs at Big Woods is therefore another positive step in the ongoing recovery of red-cockaded woodpeckers in the Commonwealth.

A second cluster of pine trees provisioned with artificial cavities is ready to welcome additional breeding woodpeckers to the WMA as we seek to grow their population into the future. In the meantime, we await the fledging of the two newly-banded chicks in roughly three weeks in order to bring this year’s success story to a close. 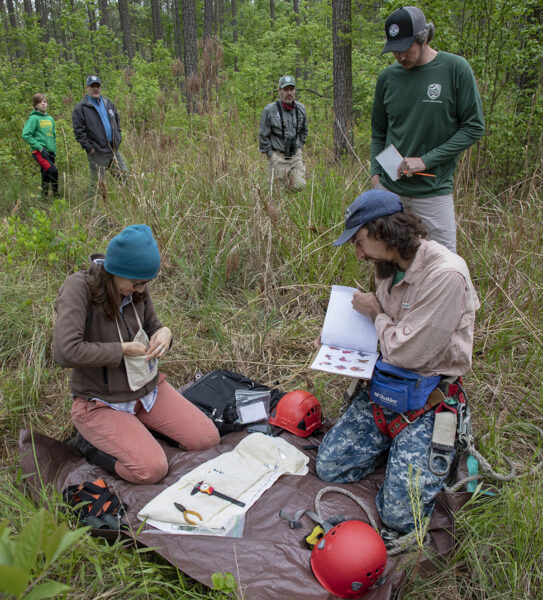 Biologists preparing for the banding. 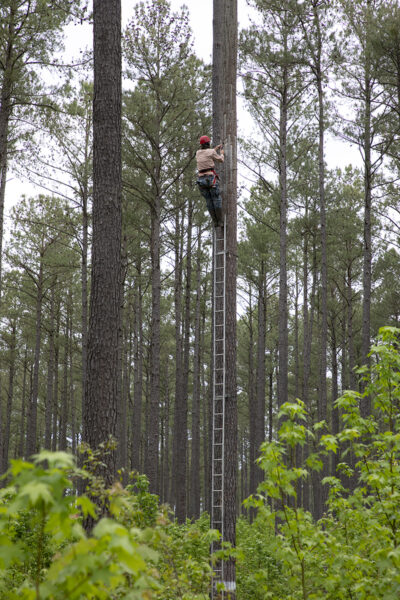 Chance Hines, a biologist from the Center for Conservation Biology at the College of William and Mary, climbed the tree to access the red-cockaded woodpecker nest. 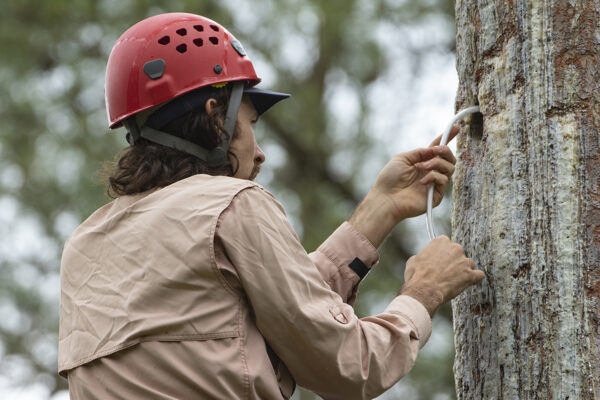 Chance Hines, a biologist from the Center for Conservation Biology at the College of William and Mary, at the red-cockaded woodpecker cavity.

How to Support Red-cockaded Woodpeckers in Virginia 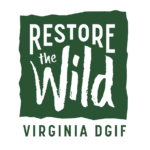