In Search of the Snowy Owl 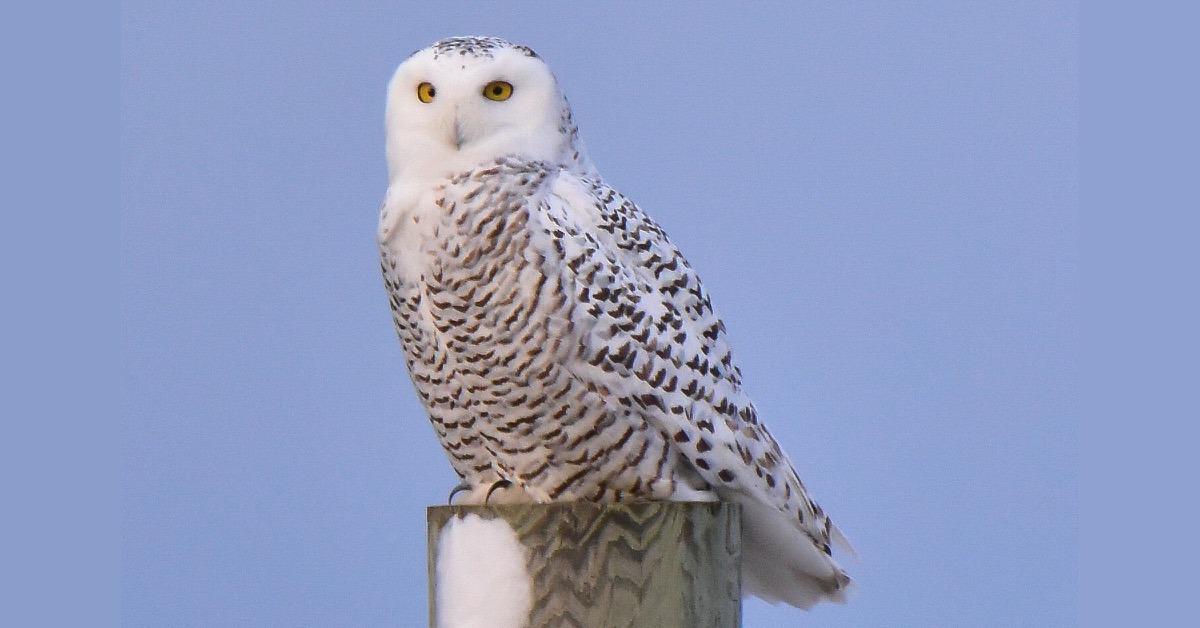 That said, I do have a life list. I have a yard list of birds that have appeared in/over/around my yard over the past 25-plus years. I know where and when I saw each bird for the first time in my journal, but I do not have my birds numbered, like so many serious birdwatchers do.

One morning, however, the report was there again. A snowy owl was in Mt. Crawford, right across the street from Smiley’s Ice Cream. As a kid who grew up in the Shenandoah Valley, I knew exactly where this was and it was a quick hour and 15-minute drive from home. This owl had been there for nearly 10 days and had been in the same field all day the day before. I could do this one easy and having missed the last four times snowy owls have visited Virginia in any numbers, I didn’t want this one to go by without seeing a new bird for my life list. So with the boss’s blessing, I finished what I needed too and off I went.

A little after 1:00 p.m., binoculars in hand, up the road I went. As I crossed the mountain and came down into Waynesboro a beautiful northern harrier flew right across the interstate in front of me and cruised a field beside me. A good omen for sure, I thought!

As I arrived in Mt. Crawford just before 2:30 p.m., I stopped and viewed the fields where it had been the day before. Nothing. So I moved up the road, down and around by the Bridgewater Rescue Squad. Again, nothing. I wandered back up to the original spot across the road from Smiley’s and there, one of the tell-tale signs for sure, I knew I had it. There was another birder standing in the field with binocs in hand. My goal must be in sight.

I pulled in to meet Bill, a local birder, and before I even introduced myself, I just asked, “Any luck?” Bill then described all the places the owl had been the day before that you could see from this very spot. He then said the words that I am sure made my face fall: “But no one has seen the snowy today.”

There was a couple from Richmond in the car beside him. They, like myself, had taken the afternoon to see the snowy owl. While we were standing there is this field, another group from Richmond appeared, then a gentleman from Hampton. Before long it reminded me of the scene from Yellowstone when the wolf runs across the road and 20 cars stop to get a picture. By the time I pulled away there were at least 10 cars parked along this driveway, all getting out to ask the same question, “Have you seen the snowy today?” 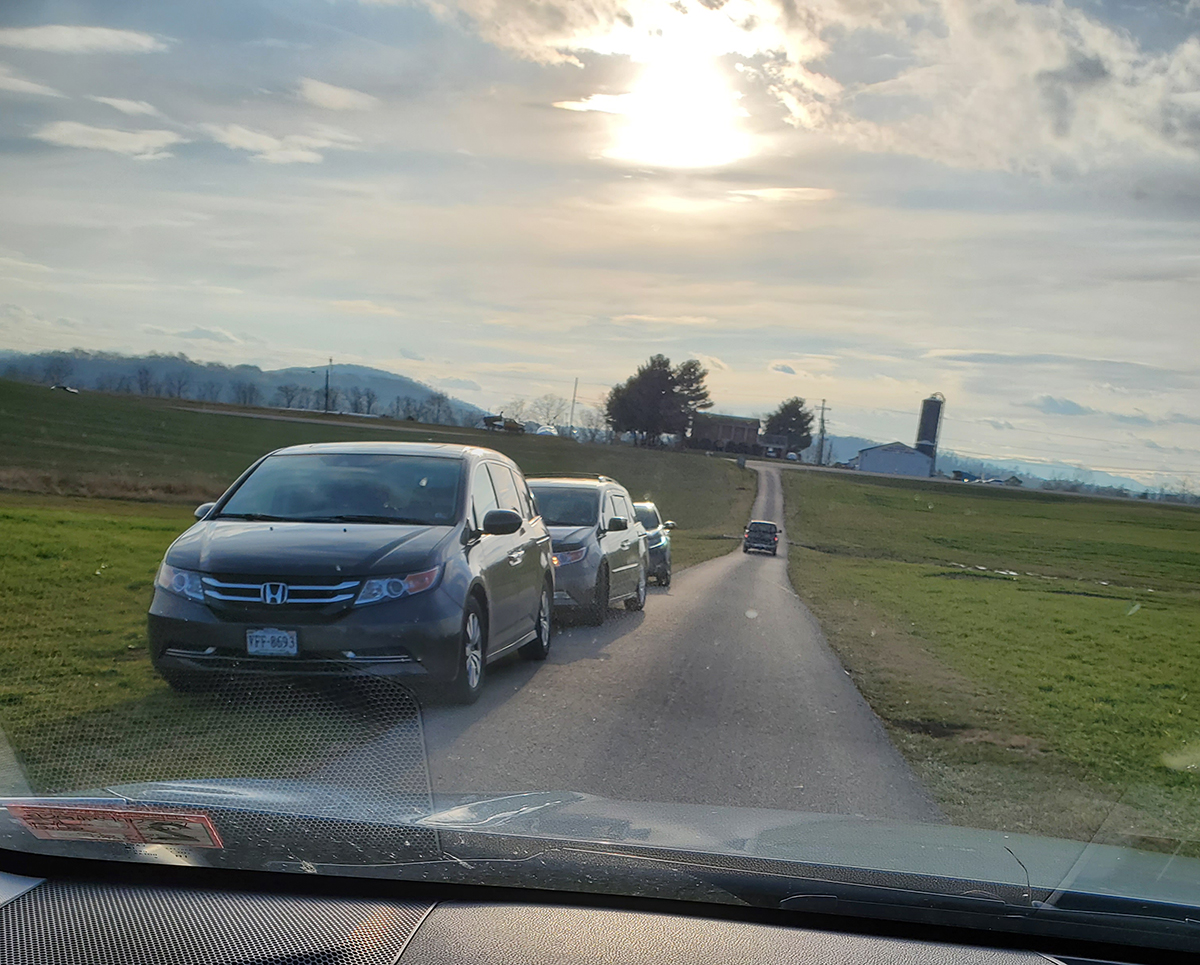 I said my goodbyes, and wandered back around to the Rescue Squad, then down the old Bridgewater Road past Smiley’s and back over to Rt. 11. I ventured out to the Dynamic Aviation airfield, then down another backroad, scanning every field, every telephone pole, and every chimney. You can’t really get lost in the Valley—all the roads eventually cross Rt. 42, US 11 or US 340 and then you know where you are, so I wandered on. “Hail Mary full of grace,” “Hail Mary full of grace,” and so on and so on, praying for dumb luck that would break in my favor.

It had happened before, like the year I was leading trips at the Eastern Shore Birding Festival and was offered a free spot on one of the kayak trips. I was just getting over Lyme Disease and I knew I didn’t have the stamina yet to paddle that far, so I declined, much to my dismay. Feeling very sorry for myself, I wandered over to the Refuge Visitor Center to take a short walk alone when a peregrine falcon flew right past me at head height in the parking lot! I could have reached out and touched it. It perched on a parking lot sign and just looked at me. Suddenly missing the kayak trip vanished from my mind. I thought of that as I continued to scan the skies and fields and poles and still try to stay on a winding backroad.

By 4:30 p.m., it was obvious, this would not be my day for dumb luck. I had seen four American kestrels, a flock of horned larks and a red-tailed hawk, all of which were already on my life list, but no snowy. The sun had dropped below the mountain and the light was getting bad, so I turned for home, knowing full well what to expect tomorrow.

Tomorrow I would open the birding listserv or the eBird rare bird sightings and someone will have seen the snowy owl again, possibly in the field I was just in not two hours ago. I will hang my head and think, well, maybe another day. That’s just the way this works—sometimes you get lucky and sometimes you just look forward until the next great adventure, the next unexpected bird, and the next opportunity to run into folks you’ve never met before doing exactly the same thing you are, looking for THAT bird that everyone heard about.