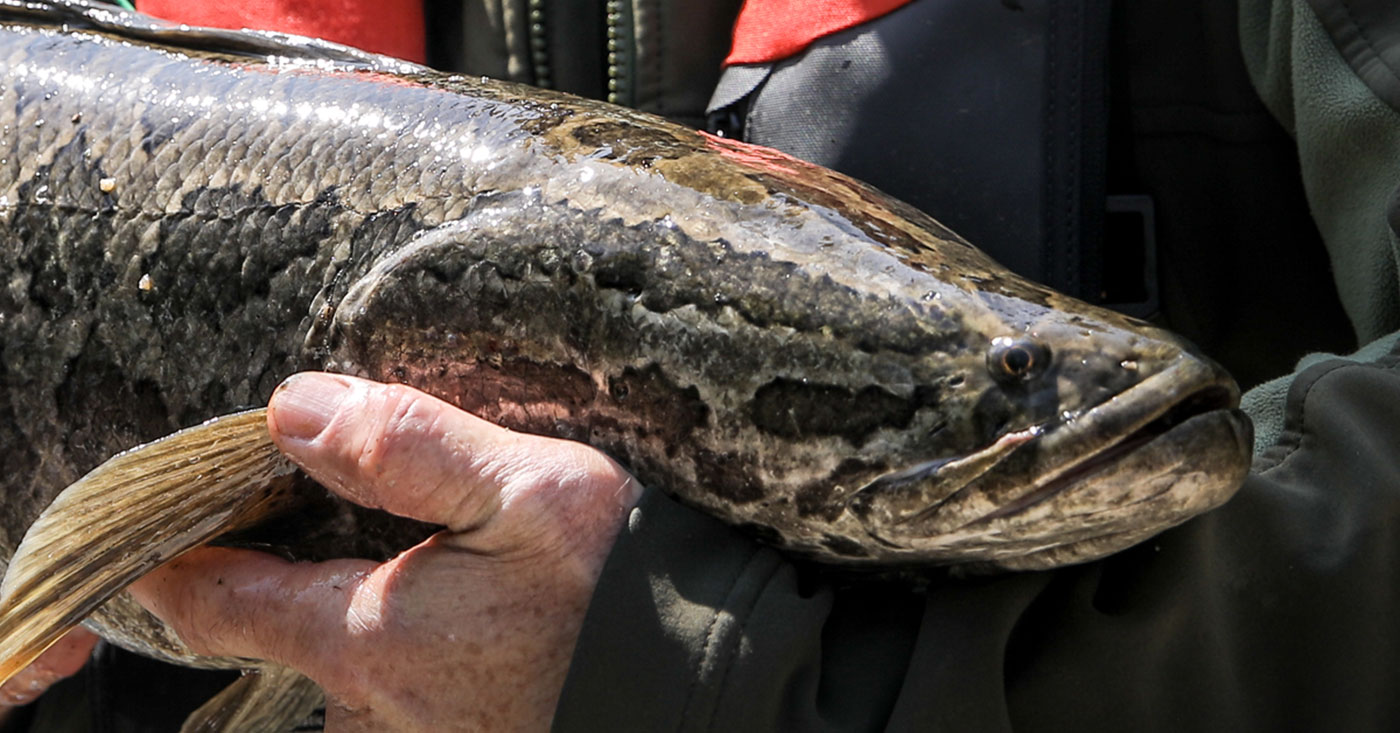 On Friday, April 27th, 2018, biologists from the Virginia Department of Game and Inland Fisheries (DGIF) confirmed the presence of Northern Snakehead in Lakeview Reservoir in Colonial Heights.

Northern Snakehead is an exotic species that was first discovered in Virginia in the Potomac River in 2004. Since that time, they have been discovered in nine additional bodies of water including Lake Anna, the Rappahannock River, and Lake Burke. The capture in Lakeview Reservoir represents the first confirmed occurrence of this species within the James River drainage.

Exotic species like snakeheads can disrupt natural aquatic systems and may have significant impacts by feeding on and competing with native and/or naturalized fishes. In addition, they may transmit parasites and diseases to native wildlife in those systems.

Contrary to popular depictions in the media, Northern Snakeheads are not capable of moving across land – most new occurrences are caused by people intentionally introducing (stocking) them into new bodies of water. Citizens are reminded that this activity is a Class 1 misdemeanor punishable by up to 12 months in jail, a fine of $2500, or both.

Anyone who captures a Northern Snakehead should take a photo and contact DGIF immediately at (804) 367-2925. Anglers are allowed to keep Northern Snakeheads, however, they must be dead in possession (contained in live well, cooler, etc.) and reported to DGIF.

The Department asks that all captured snakehead be killed following capture.