Prescribed Neglect and Creating Yard-Itat. It’s Really Not That Hard! 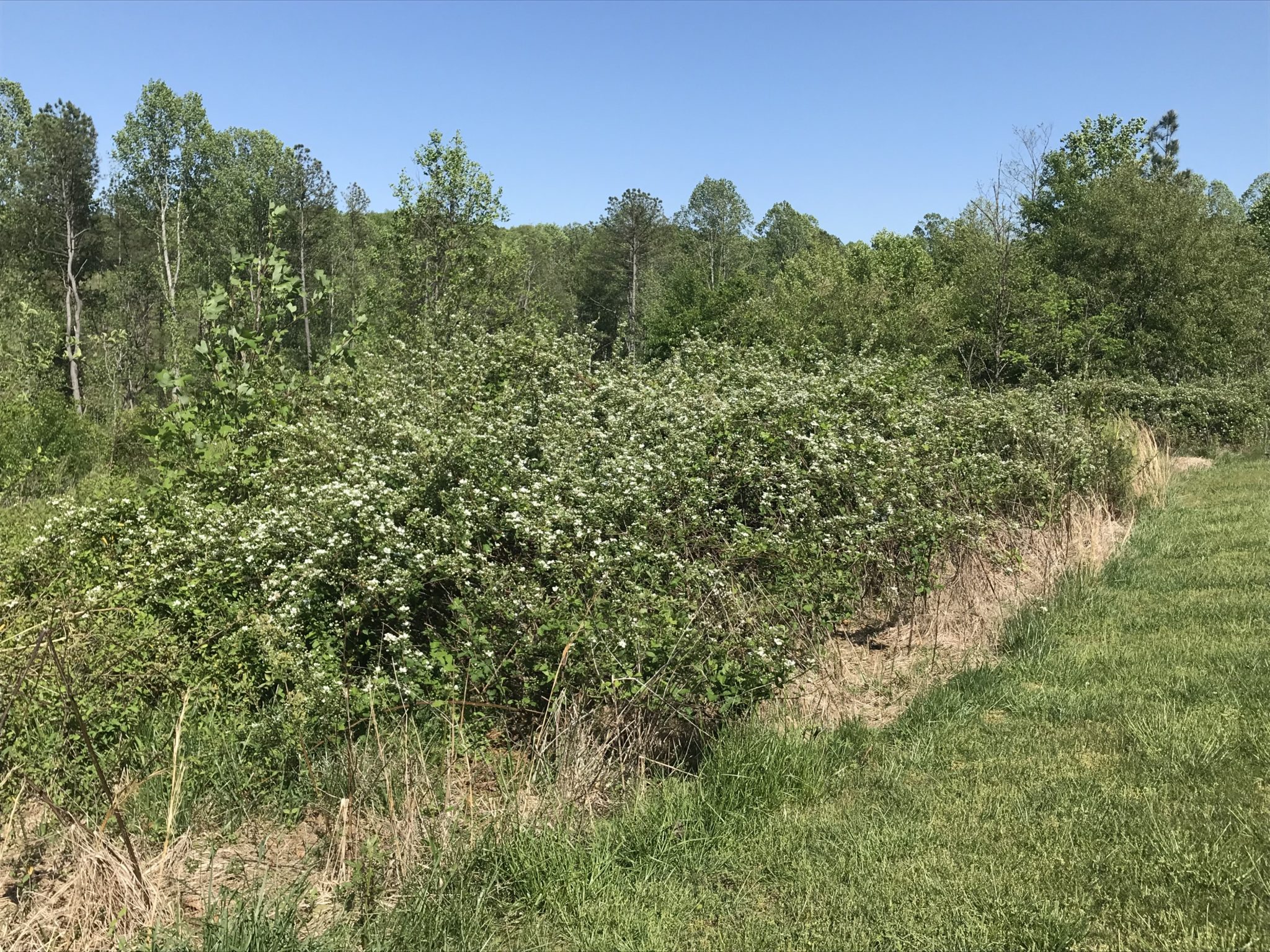 After many years of hard work advising others how to create critter cover, I finally found myself owning 42 acres of rural Prince Edward County and in a position to actually do something for wildlife on my own land.

With limited equipment and not a whole lot of open land to work with, I set about “doing my part” to help wildlife. While “the more the merrier” applies to wildlife acres, I have found that even small patches of good cover make a difference. Unless you live in one of those neighborhoods that has a covenant stating all lawns must look like fairways at the local golf course, anyone who owns a yard out in rural America can create meaningful wildlife habitat, or yard-itat.

I love to mow grass, though I won’t admit it to my daughter (I still try to convince her it is a real chore worthy of some appreciation). For years, I mowed a sloping hillside on the northern edge of my yard. It beat my mower up, became rutted, and one day having nearly flipped the mower, I had the lightbulb moment: why am I—a wildlife biologist, supposedly highly trained in habitat management and always preaching against mowing—clipping an extra quarter of an acre of yard every week?

From that point on, I began turning this section into early successional wildlife cover. The first step was forcing my hands to actually turn the steering wheel away from it as I mowed the rest of the yard.

The next steps involved getting rid of the bad stuff—in this case fescue mostly, but also some sericea lespedeza and adjacent tree of Heaven (ailanthus). Keeping invasives out takes vigilance and periodic treatment, but on small areas, it really does not take much time. I tackled the ailanthus with basal bark and cut-stump herbicide applications. I sprayed the fescue in fall after several frosts using a backpack sprayer. I found I got a good kill on sericea by spraying it with glyphosate when it started to flower in late summer (in all cases, following the label instructions and wearing the personal protective equipment required). Many of these invasive plants keep coming back like a loud, opinionated neighbor, but with time they’ll get the message that they’re not welcome.

You might guess that my next step would have been to plant a bunch of expensive wildflower seed, but it was not. (Not that there is anything wrong with that, but if it is done, one should wait a year or two before doing it.) In my case, I did perhaps the easiest thing I have ever done for wildlife, and that was nothing. I have a fire pit I built above this area, and for a year or more, I sat and watched the fire and drank frosty cold drinks as the native plants grew. I like to refer to this tactic as “prescribed neglect.”

Each year, I kept an eye on things and continued to separate the “wheat from the chaff” in terms of plants. It was an underwhelming task, sometimes taking as much as one full day per year. Whew! Not sure how long I can keep this up. LOL. I bought a saw-head weed-eater, which helped control unwanted saplings not only on this spot, but in other areas, too. The below photo shows what it has become: a wonderful patch of thicket cover consisting of sumac, blackberry, wild grape, and goldenrod, with soft-mast producing trees like persimmon and cherry scattered throughout. At some point, I’ll leave the best persimmon and cherry trees and cut out the rest for making fragrant firewood.

The amount of animal activity in this small island of habitat is phenomenal. Brown thrashers, towhees, white eyed vireos, rabbits, deer, and field sparrows all liven up my “yard” routinely. A bonus for my bird dog has been frequent use by migrating woodcock. And every now and then, I have quail calling from it, but there is not enough cover to keep them around long. To remedy that, I am now working on my cut-over, creating streamside shrubby borders, preparing a logging deck for planting, and I’m in the early stages of reforestation with shortleaf pine.

Seeing my success on this patch led me to look for other opportunities out in “the yard proper.” I often see homeowners limbing trees from about head-height down to the ground. This is almost always so they can mow right up to the tree trunk, or better yet, pile tons of mulch around the trees base (a practice frowned on by arborists). You ever stop and wonder why a tree would grow limbs it did not need? 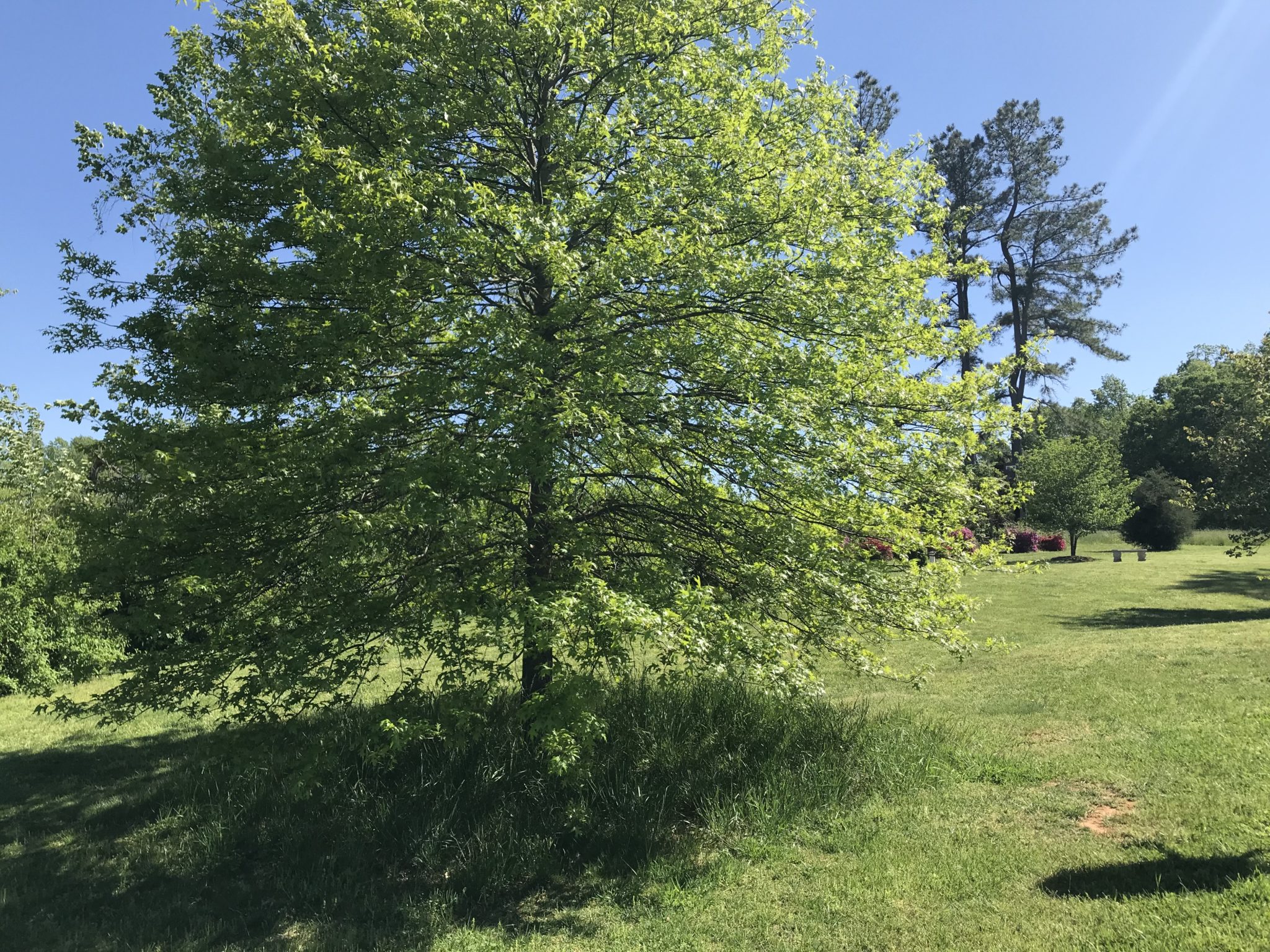 This photo of one of my oak trees shows how I refrained from doing that, and now allow a patch of cover to grow under it every year. I mow less, don’t whack my head on tree limbs when mowing, and admire the animals that often shelter under this tree, including a deer fawn for several days one year. I’ve done the same thing around several of my fruit trees and have seen young rabbits under them on more than one occasion. During winter, I scatter some bird seed under these trees to allow the birds to feed under cover.

Other small things I did to create more yard-itat included digging two small eastern red cedars and re-planting them in full sun to become great song bird nesting trees. They are now 15 feet tall and 12 feet across. I also transplanted a wild American holly that has grown into a real berry producer visited by cedar waxwings from time to time. And I learned to landscape with natives like red bud and blueberry, both great for bees.

When I first moved here 18 years ago, I made all the usual mistakes, much like many new homeowners. I landscaped with non-native box-store shrubs, mowed everything closely, and did my best to turn a country yard into suburbia. I have since worked to correct my initial mistakes and create an understated but effective wildlife habitat. The work is ongoing but rewarding, and all these techniques apply at a larger scale, too. With the dedication of a little time and the right equipment, it’s just really not that hard.

Marc Puckett is a Small Game Project Leader with the Virginia Department of Wildlife Resources (DWR).