Squirrel Hunting Has Gone to the Dogs 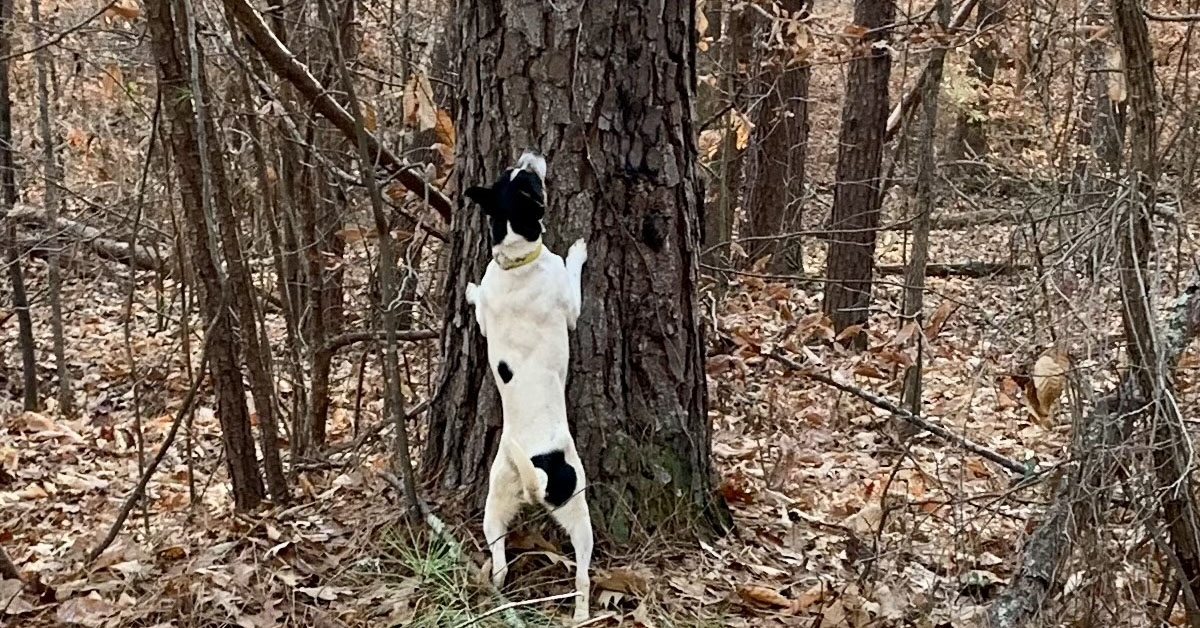 Come close, I have a shocking confession to make: I’ve never—ever—been squirrel hunting… well, until recently that is.

Well, I didn’t start hunting and fishing until I was a mid-career adult and it seemed to me that none of my “outdoorsy” adult friends were hunting squirrels. I assumed that squirrel hunting was “easy peasy” and that is why the big folks didn’t do it; squirrel hunting was for kids.

I’d also come to the conclusion that squirrels weren’t the brightest members of the animal kingdom from their helter-skelter antics on the roads. I mean, pick a direction bushytail, will you?!

So when my 12-year old son, Jack, told me that next chance he had off from travel basketball, he wanted to go hunting, I agreed—thinking this was a chance to finally check squirrel hunting off my outdoor to-do list.

I’d also remembered that a New York grouse hunting friend had told me on an Adirondack outing a few years ago that he’d bought a dog in Virginia trained for hunting squirrels. I’d never heard of such a thing.

I called my hunting friend, who then put me in touch with Marc Gray; he breeds and trains squirrel dogs in south-central Virginia. Marc said he’d be happy to show us the game, using one of his mountain feist dogs. (BTW, the mountain cur is another common breed of squirrel dog.)

We got Jack an apprentice hunting license and met up with Marc a few days before Christmas. He recommended that we head to nearby White Oak Mountain Wildlife Management Area (WMA) in Chatham with his mountain feist, Trapper.

As we arrived at the WMA, I was already thinking: Since this is so easy, what am I going to do with all the squirrels we are sure to harvest? The traditional Brunswick Stew came to mind. But, boy, it was quickly clear how little I knew about squirrels and squirrel hunting.

For instance, I was told that we couldn’t take any fox squirrels due to DWR regulations, but we could harvest gray and red squirrels. “What, there’s more than one type of squirrel?” I sheepishly asked.

Then, as we began to walk, Marc expounded on the different squirrel species—and subspecies, noting that fox squirrels can easily dwarf their cousins.

The other thing I expected was to see was a “bajillion” squirrels bounding about like I usually experience in D.C. and the Northern Virginia suburbs. But, no, instead I was met by the deafening silence of the near-winter forest.

Fortunately, that’s where the—tah-dah!—squirrel dog comes in. Using all of his keen canine senses, Trapper hit the woods on the lookout for squirrels, often ranging a good distance from us. And when he found one, he’d sit at—or stand up against—the tree’s base, looking intently skyward. If the squirrel moved to another tree—known as “timbering out”—Trapper would quickly track its silhouette across the forest canopy.

If we were lucky, the squirrel would eventually freeze in its aerial antics, seeking to blend into the tree. Thankfully, Trapper would spin around the tree’s base, helping us keep sight of the bushytail.

We only took one shot on that half-day afternoon hunt, but we scored a gray squirrel for the pot at about 25 yards up a majestic hardwood. Our lady squirrel made the mistake of popping her head up in the “V” of a branch to see if we were still around. 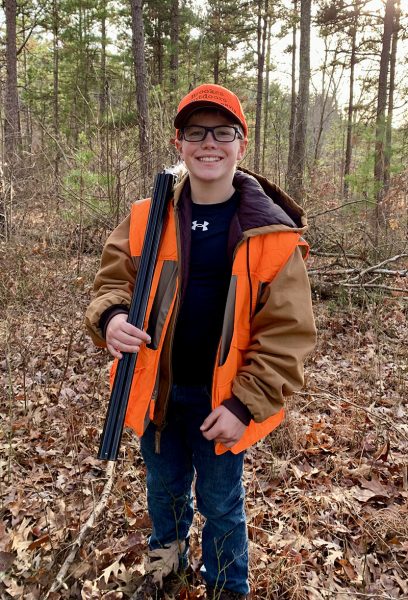 What I also really liked about the hunt was that while the dog worked the woods, we casually walked the trails and chatted. We didn’t have to sit still, be quiet, or worry about smelling like, well, humans—a welcome situation when hunting with a “tween.” This type of hunting is casual and family-friendly in that way.

I have to say, I came away with a new appreciation of the not-necessarily-pedestrian squirrel and squirrel hunting. Bushytails can be challenging—and it’s definitely not just for kids.

That said, someday someone will have to explain to me the squirrel’s seemingly inexplicable decision-making process on the highways and byways…

I’ll definitely hunt squirrels again with or without one of those “feisty” squirrel dogs; it wasn’t only fun, but Jack made me promise to get back into the squirrel woods with him sometime soon.

Dr. Peter Brookes is a DC foreign policy nerd by day and an award-winning Virginia outdoor writer by night. Brookesoutdoors@aol.com