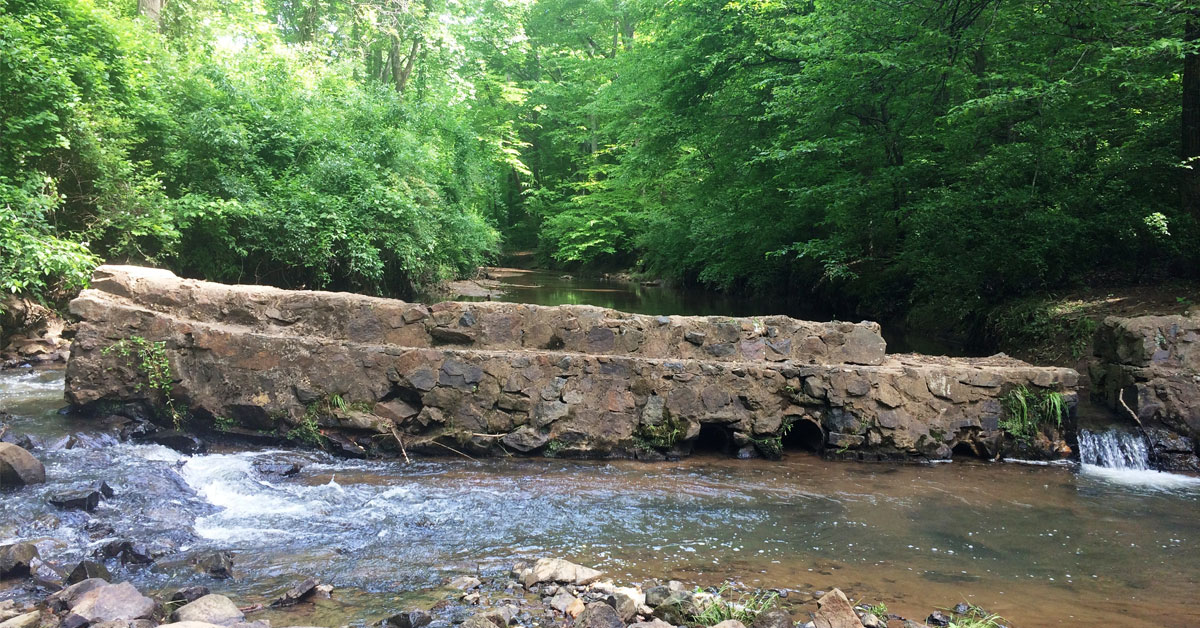 In 2016 and 2017, the Virginia Department of Game and Inland Fisheries (DGIF), along with several key partners, completed two restoration projects on Moores Creek in Charlottesville, Virginia to benefit aquatic wildlife and water quality. Moores Creek, which flows through the City of Charlottesville, is a tributary to the Rivanna River, which flows to the James River. For decades, urbanization and human manipulation have degraded the habitat and water quality of Moores Creek. According to the Virginia Fish and Wildlife Information System (FWIS), multiple Species of Greatest Conservation Need listed in Virginia’s Wildlife Action Plan could potentially live in Moores Creek or the Rivanna River. These species include several native freshwater mussels, such as the federally endangered James spinymussel, and native freshwater fishes, like the Longfin Darter and the American Eel. Mussels are essential to water quality—one mussel can filter up to 10 gallons of water per day, so their presence is vital to providing healthy stream habitats for wildlife and people. 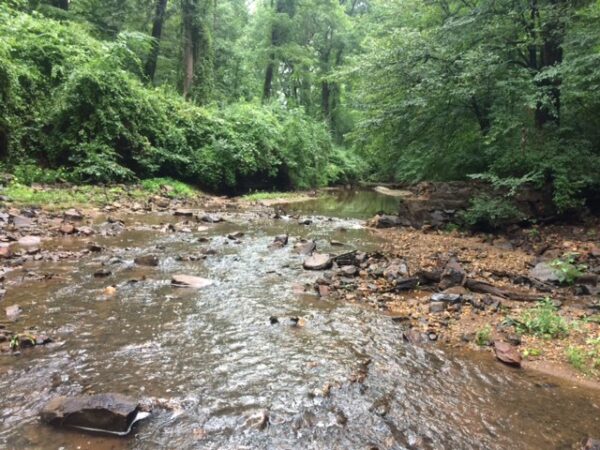 Moores Creek after the dam removal.

Abandoned bridge piers from an old right-of-way had been impacting the creek for decades. The old piers caused debris jams in the center of the creek channel, which altered the channel’s dimensions, eroded its stream banks, and increased sediment loading to the stream. Sediment loading is the addition of soil particles, such as pebbles, sand, silt and clays into a stream’s water– in excess, it poses a serious threat to mussels and fish, so restoration of this section of the creek was critical to protecting and increasing populations of these aquatic species. In 2016, DGIF partnered with the streambank landowners, City of Charlottesville, US Fish and Wildlife Service (USFWS), and Rivanna Conservation Alliance (RCA) to remove the abandoned bridge piers, restore the channel to a stable dimension and profile, and stabilize the eroding stream bank by planting it with native plants. 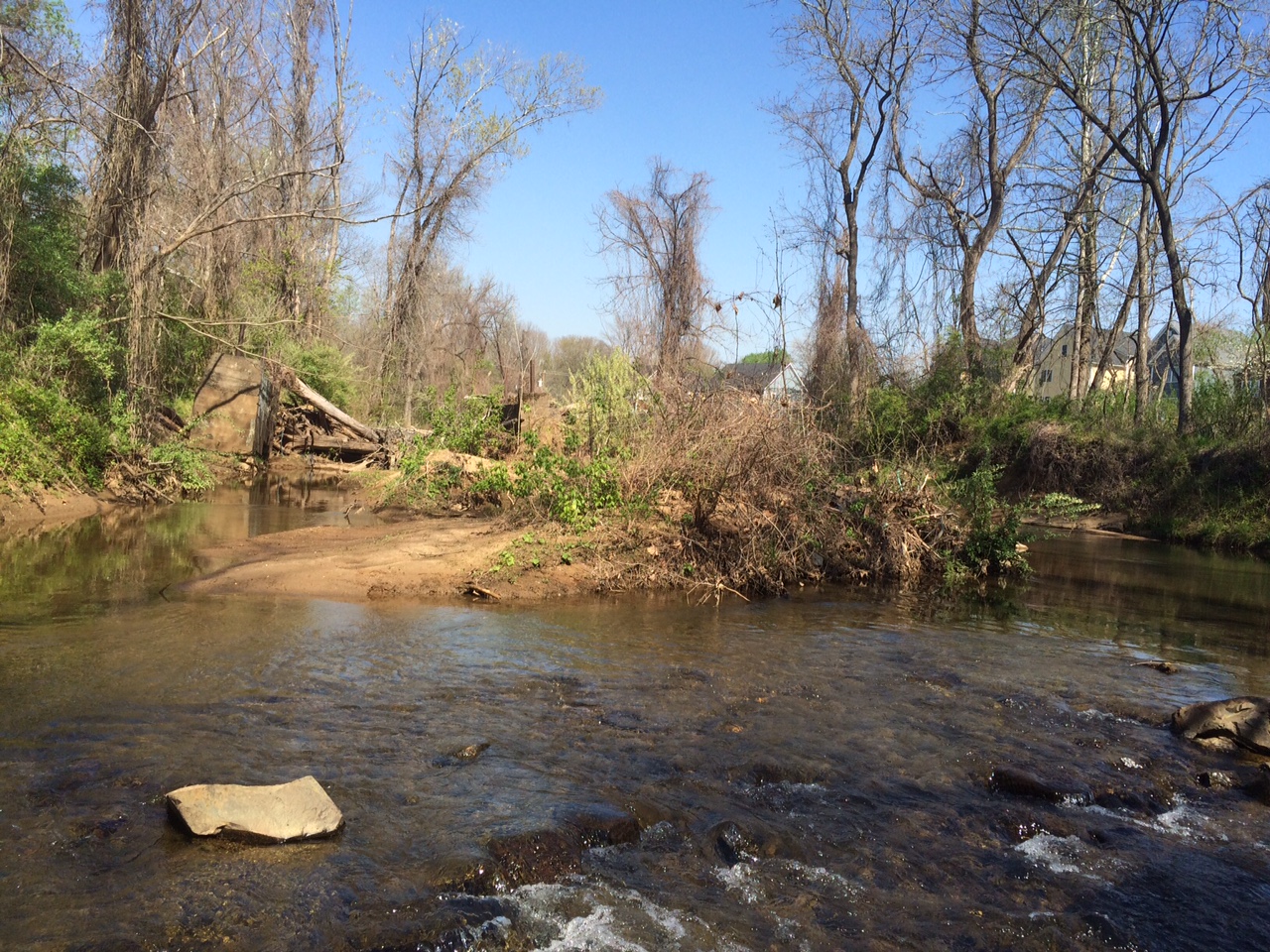 Similar to the bridge piers, in another section of the creek, a small, breached dam (built in the 1920s) had also been degrading the stream’s habitat quality for decades. In 2017, DGIF again partnered with the City of Charlottesville, USFWS, and RCA, as well as Rivanna Water and Sewer Authority to return this section of the creek to pre-dam channel conditions. Through this partnership, we removed the dam; repaired the nearby eroding stream bank; stabilized the bank by planting it with native plants; and we restored the channel’s pattern, dimension, and profile to a natural state. Not only will this project enhance the creek’s water quality, but its renewed free-flowing, meandering state will also allow migratory fish to migrate up and down the stream with improved chance for reproductive success. 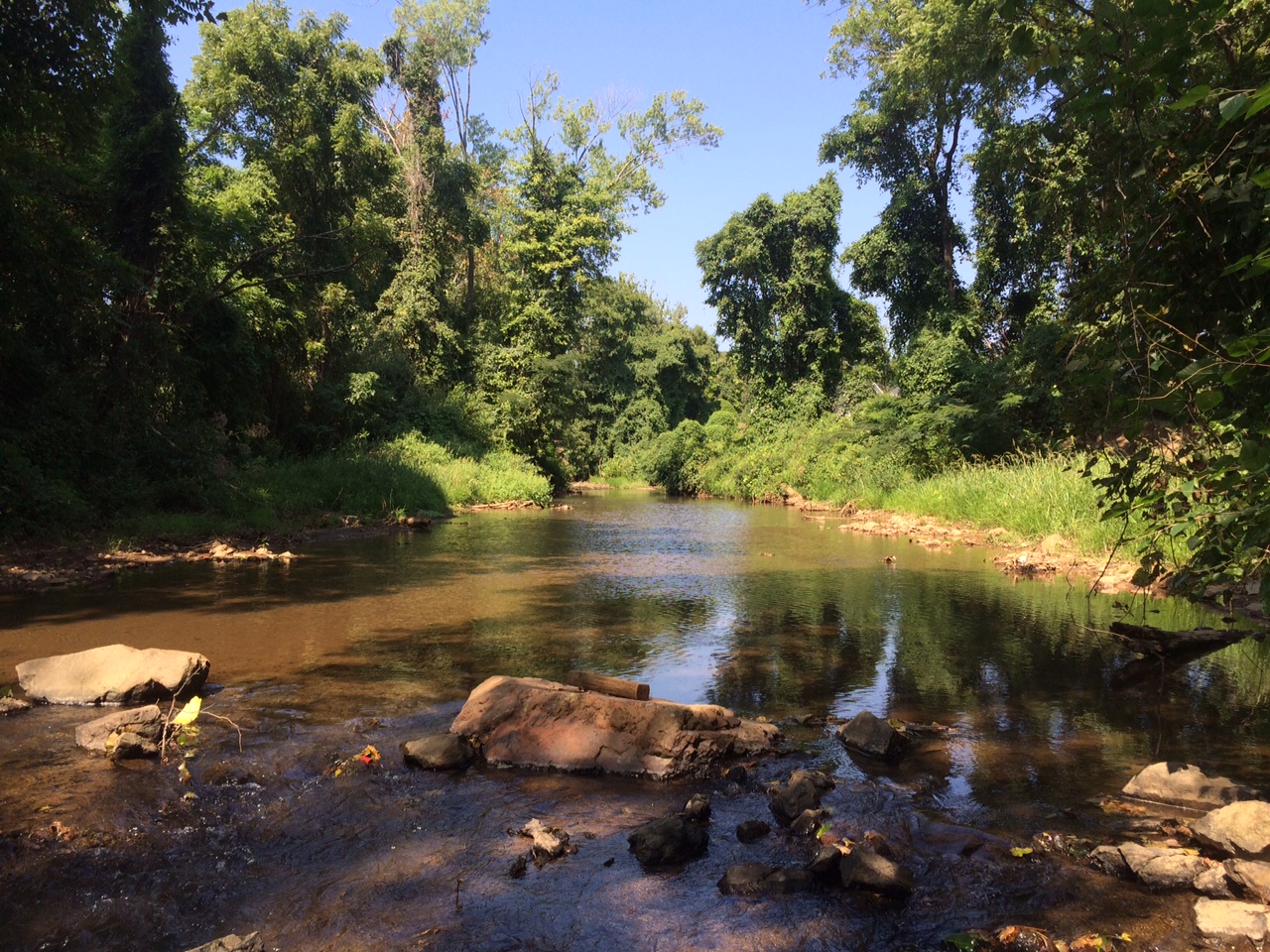 With these two projects completed, the habitat and water quality at Moores Creek will continue to improve over time for its aquatic wildlife and for people. “Besides the ecological benefits that restoration brings, citizens of Charlottlesville can also enjoy recreational fishing for bass and sunfish by accessing the stream through public park land,” said Paul Bugas, DGIF’s Region Four Fisheries Manager. Reflecting on the work that was done, Louise Finger, DGIF Stream Restoration Biologist, said, “The key to success of such restoration projects is the effective collaboration with multiple partners.” According to Bugas, “The cooperative improvement effort at Moores Creek is an example of urban stream rehabilitation at its best.”

What to help keep Virginia’s wild places wild? Considering getting a Restore the Wild membership!

DGIF invites you to join us in our mission to ensure wildlife has healthy places to live and thrive.

Learn About Restore the Wild