What is Early Successional Habitat? 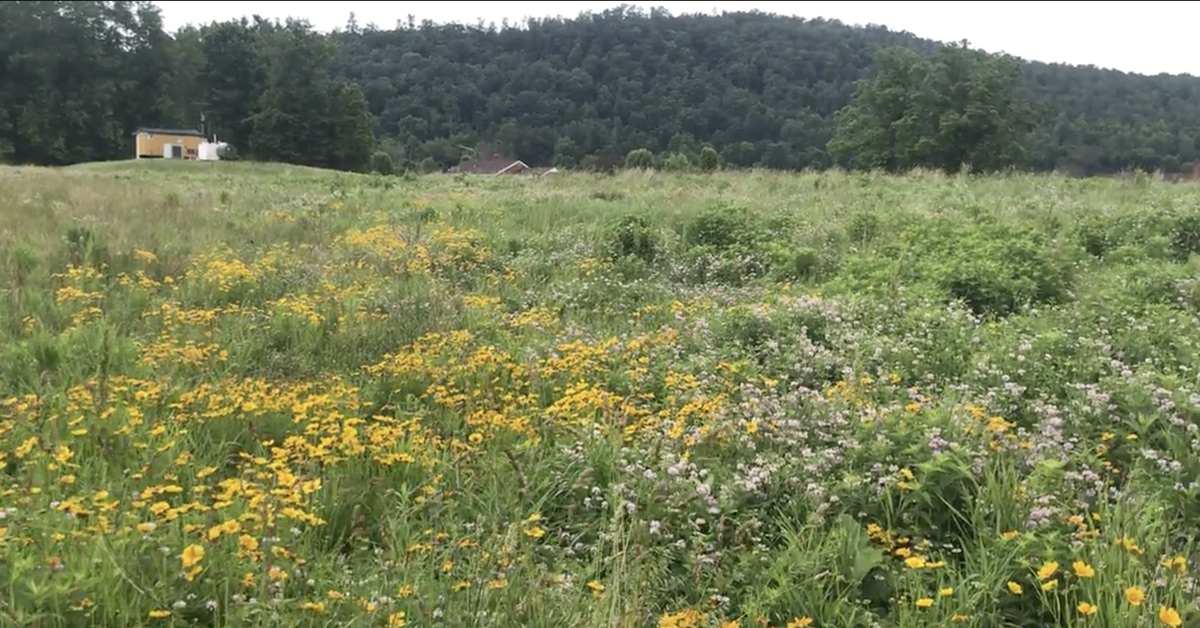 Simply put, early successional habitat refers to the plants (and the animal that rely on them) that develop in an area shortly after a disturbance. Succession is the process by which plant communities change in a certain area over time from an early stage of development until they reach a final mature form or “climax community.” For much of Virginia this final stage is some form of mature forest. The trick is that those changes mean the early stages of succession are temporary. During each stage of succession, the plant community alters the soil and microclimate, paving the way for the establishment of the next group of plant species.

Early successional plants are generally herbaceous annuals and perennials—grasses and wildflowers. One example is a farm field that lies fallow and gets overgrown, creating an area of early successional habitat that provides food and shelter for a wide variety of wildlife species, such as pollinator insects like butterflies and bees, snakes, turtles, songbirds, skunks, opossums, rabbits, turkey, quail, and white-tailed deer.

Each stage of succession supports a variety of wildlife species and provides valuable habitat. Early successional habitat, while rich and vibrant, is temporary. Left undisturbed, it sees the growth of tree species such as pine, oak, and hickory. As the tree canopy develops, the early successional plant species don’t receive enough sunlight and fade away. The habitat becomes mature forest, and no longer supports the same species. Because these changes occur relatively quickly, quality early successional habitat is increasingly rare in Virginia.

So what are the “disturbances” that help create and maintain early successional habitat? Essentially, they are events that set back the clock, preventing the growth of mature trees. Natural disturbances may include extreme weather events like hurricanes or tornados, wildfires, or even insects and disease. Techniques that manually create disturbances in habitat include timbering, bush-hogging, or discing, application of herbicide, and prescribed fire are all tools in the habitat manager’s toolbox. Manipulating the habitat by these methods keeps the “succession” of the habitat from progressing to mature forests, creating a loop of early successional habitat welcoming to wildlife.