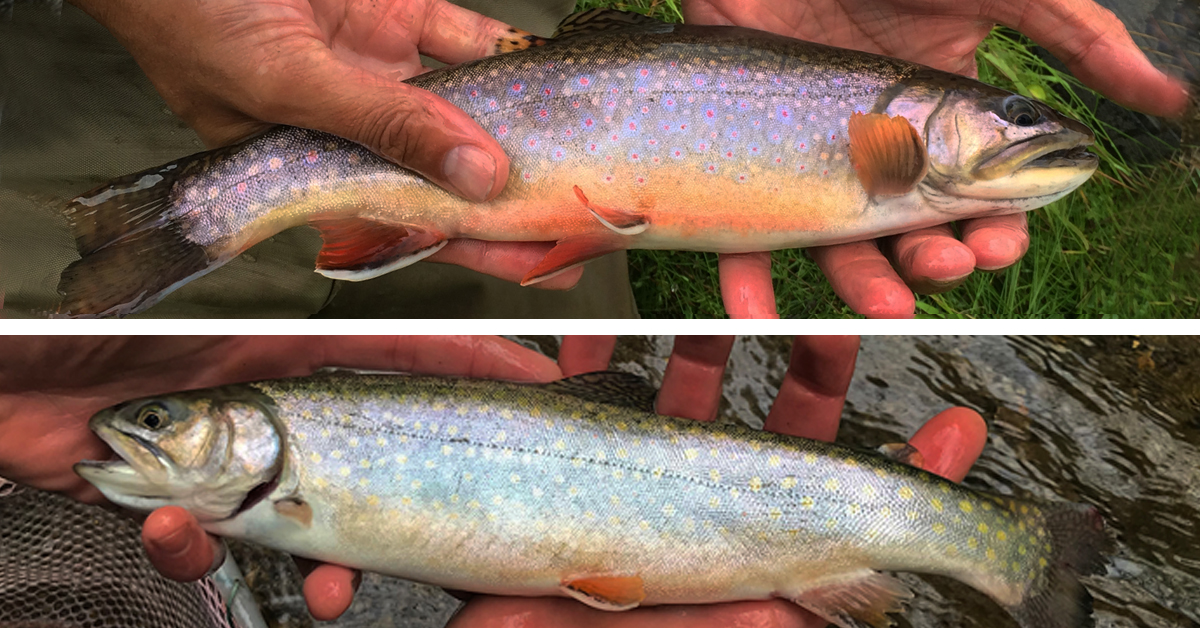 How can you tell the difference between a wild or native trout and one raised in a hatchery (stocked)?

For the angler (or biologist) in the field, it can sometimes be difficult (and sometimes impossible) to determine if a trout’s origin was stocked or wild. There are no morphometric differences—things like spotting/marking pattern, colorization, body shape, scale pattern, and fin position—between trout raised in a hatchery or bred in the wild. Therefore, there is no set of field measurements or observations that can be used with 100 percent accuracy.

Currently, this is why there are not separate citation or state record categories for stocked and wild trout (for all three trout species). The only way to come close to figuring out if a trout is stocked or wild is through genetics. Recent advancements in genetic analysis of fish identifies genes or “markers” that are unique to a specific population. The issue with using genetics to determine if a fish originated from a hatchery or the wild is that trout from different populations have been taken from the wild, bred in the hatchery, and then have spawned successfully once being stocked in the wild.

This can make it very problematic to identify specific genes or markers that are unique to hatchery fish. However, it is only a matter of time before geneticists have the ability to positively identify the origin of a trout. Currently, this technique is not practical nor an economically feasible option for anglers or biologists.

We mentioned that skin or fin color cannot always be used to distinguish a stocked trout from a wild trout. However, stocked trout that have been produced from domesticated brood fish and raised in a fish culture facility will often be less colorful than wild trout. Hatchery brook trout often do not have the brilliant orange flanks and pectoral/pelvic fins. Some hatchery rainbow trout will not have the deep magenta/pink stripe and gill cover, as a wild bow. Hatchery brown trout may not have the robust yellow underbelly that wild fish often exhibit. Stocked brown trout also rarely have the red-tipped adipose fin like wild browns. 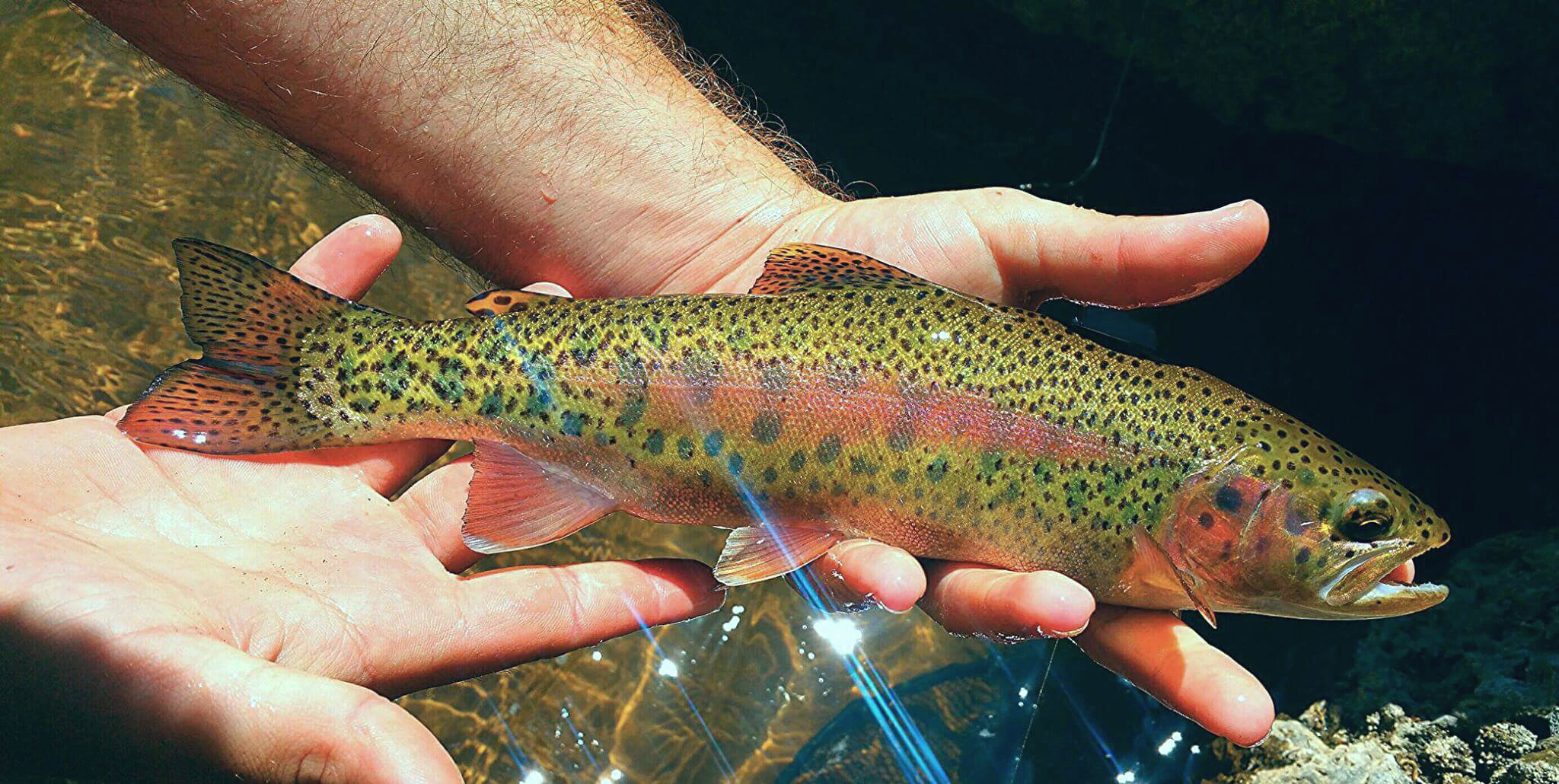 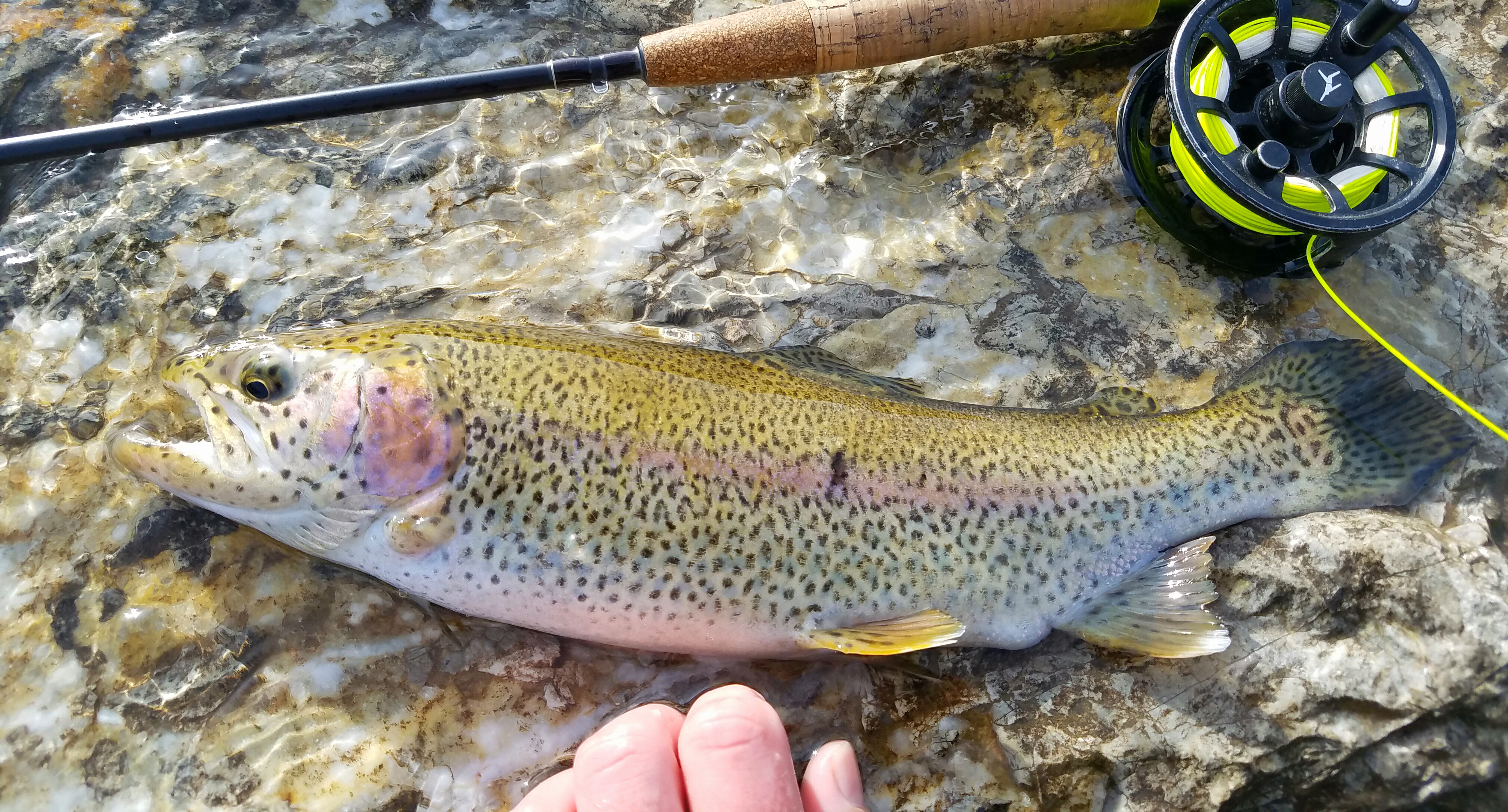 Have you noticed a pattern here? Phrases like: “often do not,” “some trout,” “may not have,” “rarely have.” This means that coloration should not be the only criteria used to help distinguish a stocked trout from a wild trout. The reason? The longer a stocked trout remains in a wild environment, the more “colorful” they become. Hatchery fingerling brook trout (5”-6”) stocked in a mountain stream or deep reservoir will look just as colorful as a wild brookie after several months. Likewise, a hatchery rainbow that “holds over” through the summer months in a spring–fed stream will be much more colorful than it was when first being stocked.

We also noted that hatchery and wild trout have identical body shape and fin location. However, the fins of recently stocked adult trout are often “eroded.” The tail (caudal fin) and other fins are reduced and eroded on the tips. These fins can be severely eroded until they are no more than a nub. This occurs from the trout constantly rubbing against the sides of the holding tank or raceway where they live their life in the hatchery. Fins can also erode from rubbing up against other trout, which happens constantly in the densely populated hatchery environment. When the hatchery trout’s fins become eroded, they are also more susceptible to bacteria and fungus in the water that erodes them even further. 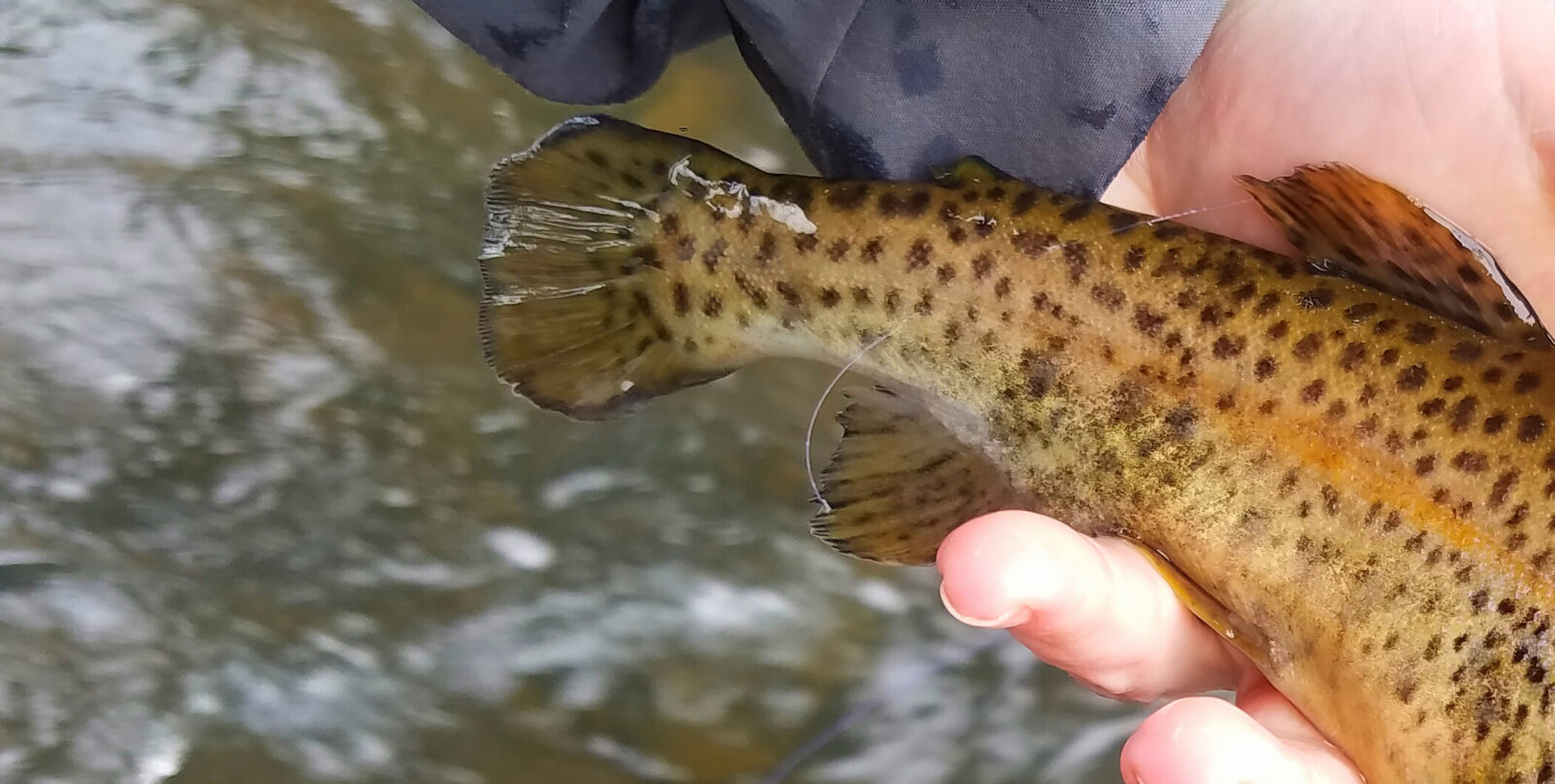 An eroded caudal fin typical of a stocked trout.

This would be the case for “catchable-size” stocked trout. Stocked fingerlings will exhibit improved fin quality the longer they live in the wild. After six to 10 months (and a few inches in growth) stocked fingerling fins will appear as normal as a wild trout.

Lastly, the stream or reservoir where the trout was caught can help answer if it is wild or stocked. DGIF fisheries biologists have extensive records of where wild brook, rainbow and brown trout have been found. They also have a pretty good idea of where hatchery fish have been stocked. This includes the streams and reservoirs across the Commonwealth where DGIF stocks trout and streams stocked by private landowners (private landowners need special authorization from DGIF to stock trout in any stream throughout Virginia).

Virginia trout anglers have been actively seeking the Virginia Trout Slam Challenge by catching all three trout species (brook, rainbow, brown) in the same day. Since launching the #VATroutSlam in March, more than 200 anglers have completed the “slam.” It is even a greater challenge to complete a Wild VA Trout Slam, catching fish with the “wild” characteristics explained above and from wild trout waters not stocked by DGIF or private landowners, but there’s no definitive way to confirm that all three species were wild in origin.

Virginia is blessed to have more than 700 streams harboring wild brook trout, 163 streams with wild rainbow trout and 92 streams containing wild brown trout. DGIF also raises all three trout species and stocks over 180 waters across the Commonwealth. Regardless of whether you catch a wild or stocked trout, they are all amazing fish. Next time you catch a trout, look it over closely. What is your guess? Wild or stocked?