A New Year and a New Pair 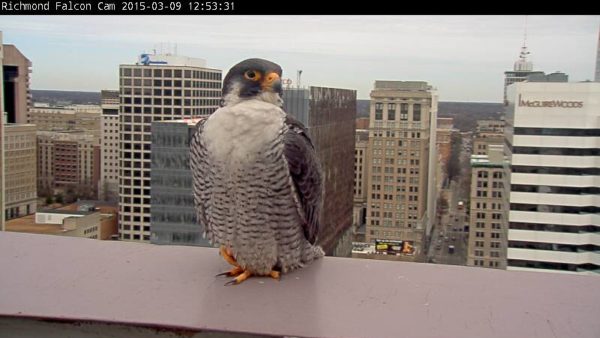 The original Richmond male peregrine falcon, perched on the parapet of the Riverfront Plaza building in 2015.

The Richmond male was a downtown Richmond icon that will long be remembered. For years we enjoyed watching him along with thousands of Falcon Cam viewers; together we cheered his successes and mourned his losses. He leaves a legacy behind him, having reared 32 chicks that survived to flight age–an impressive contribution to the population of this threatened species. 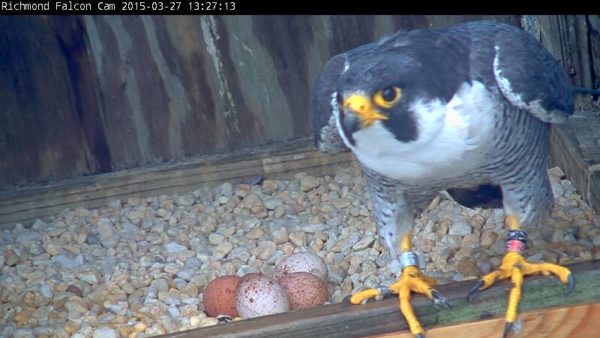 The original Richmond male about to fly from the nest box at the Riverfront Plaza building in 2015.

While we will fondly remember the Richmond male, we look forward to getting to know this new pair and hope they will stay together and have a successful breeding season. Here is what we know about them so far:

Over the last week, we’ve observed this pair engaged in courtship behaviors, such as head bowing to one another and the male offering prey to the female. This pair seems to be most active around the louvers of the Dominion building and less so in front of our camera at the Riverfront Plaza building. It’s unknown where they will ultimately nest or whether they will even stay paired, but we are rooting for them! Stay tuned to the cam to see how the season unfolds. 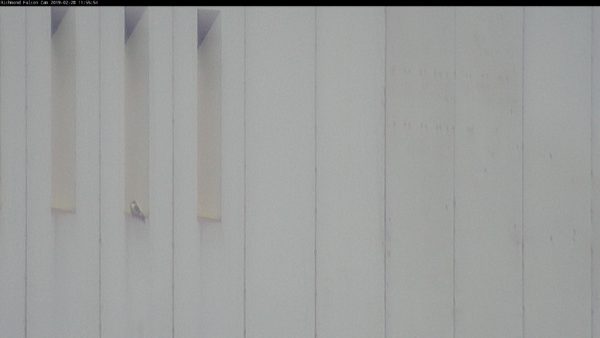 Peregrine falcon perched on a louver at the Dominion building.

Updates will be posted on this page as major life cycle events occur. Check out our Richmond Falcon Cam FAQs for additional information.