Origin of the Newest Female, Revealed!

After reaching out to biologists in other states, we have learned that the new immature female falcon, with black over green bands reading 95/AK is from Delaware! Her corresponding silver USGS band is 1907-03426. She was banded by a raptor biologist with the U.S. Fish and Wildlife Service (USFWS) on June 4, 2018 at the St. George’s Bridge over the C&D Canal. 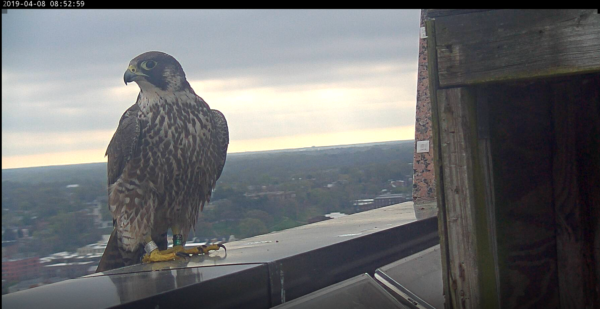 Craig Koppie, the USFWS Raptor Biologist reported that this immature female is one of three chicks that fledged from an I-beam on the St. George’s Bridge and landed on the bicycle lane of the bridge. After their fledging, the biologist took these chicks for examination at Tri-State Bird Rescue & Research, Inc. A week later, he climbed the bridge and replaced the three chicks onto safe decking and observed that the parents and chicks were doing fine when he left.

Our thanks to USFWS for the information on this bird’s origin. We welcome this new female to Richmond and wish this new pairing well! 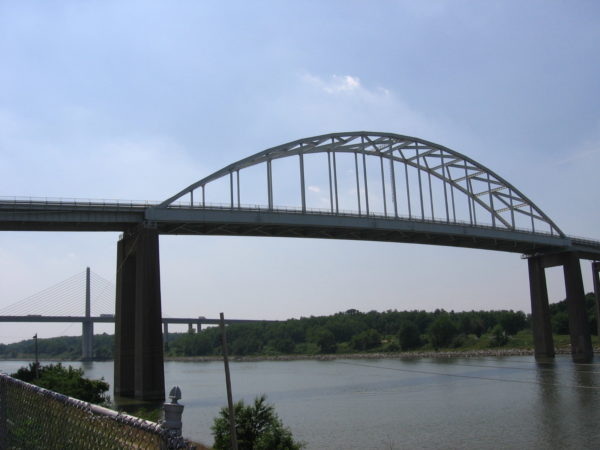 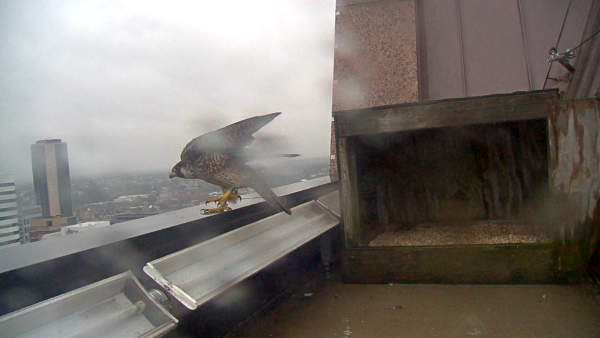 The new immature female perched on the parapet of the Riverfront Plaza building in downtown Richmond. Seen on April 5th.