Pair Remains Active on Camera Despite Lack of Eggs

The peregrine falcon breeding season is nearing its end and, unfortunately, there are still no eggs to report at this nest, making it highly unlikely that the Richmond pair will lay eggs this year. In past years, the previous pairs that occupied this site had all laid their eggs by late May. 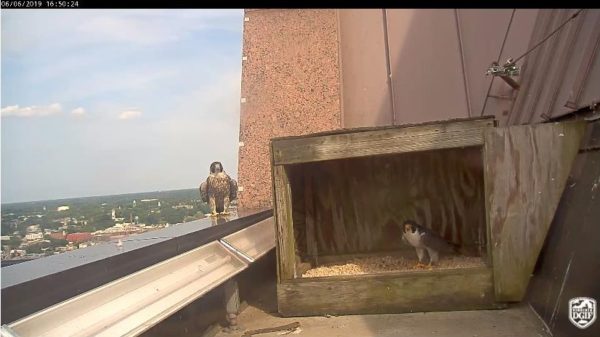 The Richmond pair (female on left, male on right) seen at the nest box on June 6th.

It also appears highly unlikely that the Richmond pair has nested elsewhere. The two falcons continue to appear on camera together at this nest box, suggesting that there is not an active nest at a different location, which would require at least one of the adults to be incubating eggs or brooding or feeding chicks, etc.

Additionally, according to the Center for Conservation Biology (CCB), the various monitored peregrine falcon nests around Virginia have all already laid their eggs and the majority already have chicks, which is good news for the Virginia population at large.

The lack of nesting activity is likely linked to the Richmond pair’s inexperience.  The female was hatched only last year and this is her first season as a reproductively mature individual.  This is also likely the male’s first attempt at pairing as there is no record of his doing so in the past.  Although the two have not had nesting success this year, they are regularly active on camera and we expect this to continue for the remainder of the season. So, continue to tune in as we monitor our novice pair! 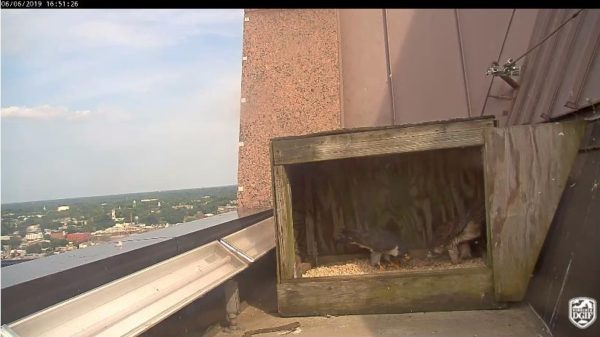 The Richmond pair (male on left, female on right) engaged in a courtship behavior known as a Head-low Bow. Seen on June 6th. 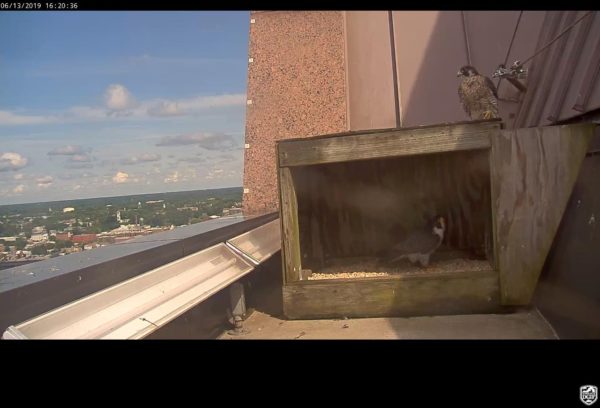 The Richmond pair (male in box, female on top right) at the nest box on June 13th. 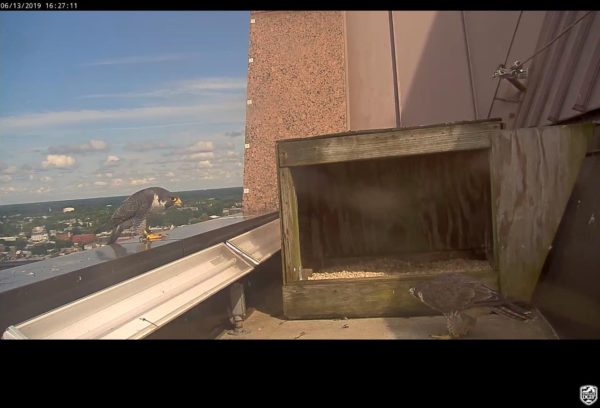 The Richmond pair (male on left, female on right) looking at each other by the nest box. Seen on June 13th. 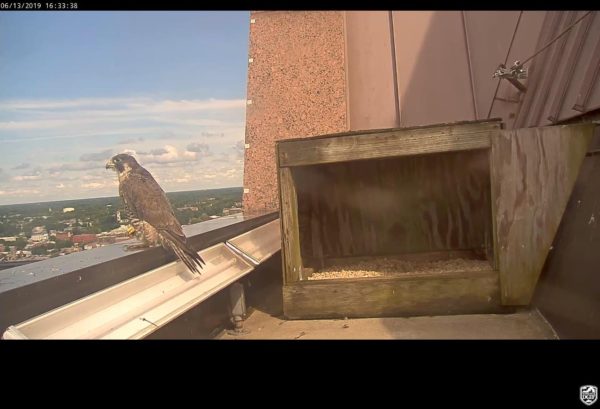 Female looking out from the parapet on June 13th.