Ever since 95/AK established herself as the new female of the pair, she and banded male (24/AU) have regularly been seen courting.  We have observed multiple instances of courtship feeding, with the male bringing prey to the female.  We have also seen head-low bow courtship displays between the pair at the box.  Under normal circumstances, we would have expected eggs to have already been laid by this point in time.  However, 95/AK’s arrival essentially reset the breeding cycle – rather than picking up where he and his previous mate had left off, the male and his new mate are starting anew in forging their pair bond and selecting the nest site.  As it is still relatively early in the season, there is ample time for this pair to nest, and we hope to soon see eggs in the box. 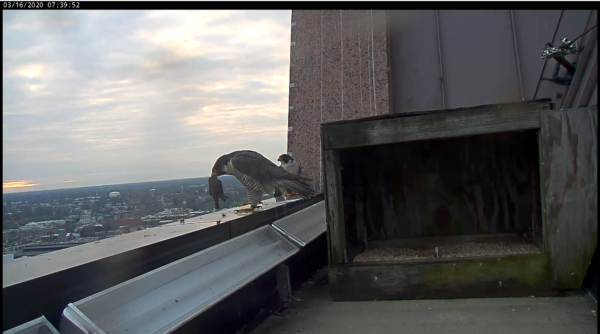 Female with prey brought by the male on March 16 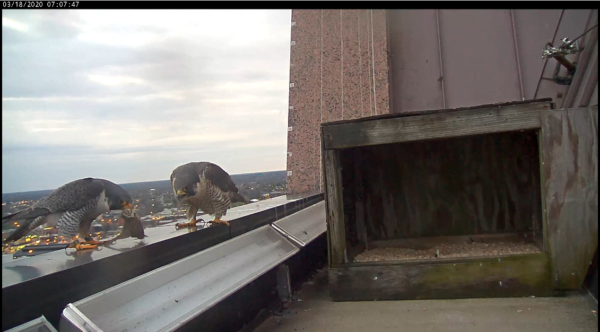 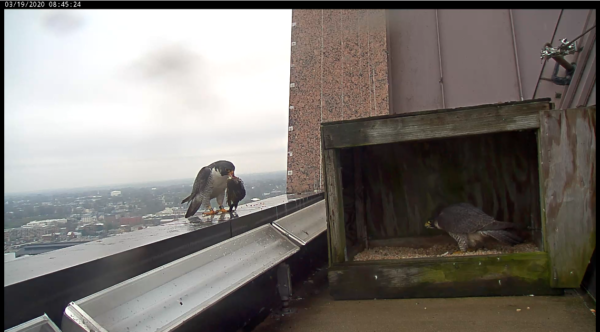 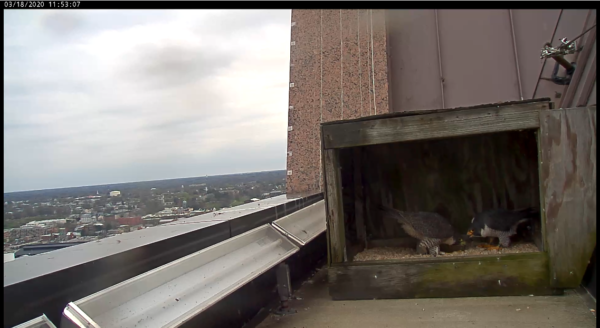 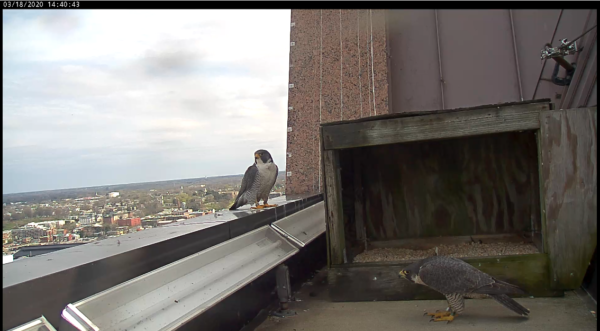