The Richmond Falcon Cam Kicks Off a New Decade

As a new decade dawns, we are happy to welcome you to a new season of the Richmond Falcon Cam!

2019 saw the first appearance of a banded male Peregrine Falcon (24/AU), who paired with a female that hatched and was banded in Delaware.  The same male has been seen on camera over the past several weeks with a female with no leg bands.  Since the loss of the original pair of falcons breeding in Richmond (affectionately nicknamed Ozzie and Harriet), multiple females have cycled through the site, some within the same season.  A stable pair has yet to establish itself at the site and there has been no breeding since 2018. 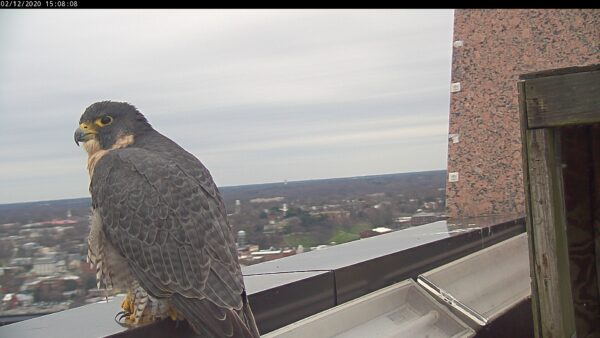 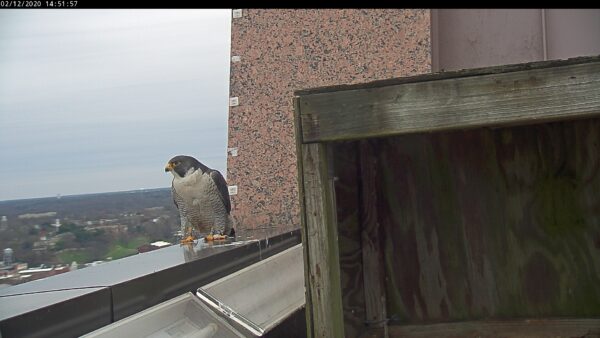 Although we are heartened by the reappearance of last year’s male, the bond between him and the new female may still be in flux:  approximately one week ago, an observer from a partner agency observed three falcons circling over a nearby downtown building.  He noted a male giving chase to a female.  This suggests that there may still be competition for a breeding spot on the falcon territory. 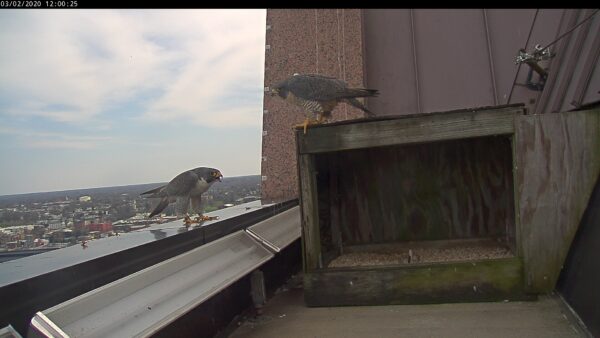 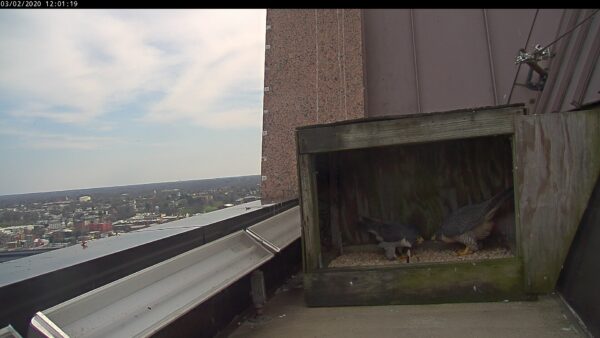 Male (left) and female (right) in courtship at the nest box.

We invite you to watch with us as the falcons journey through this new breeding season, and hope for a successful nest in this new year.

Please follow the links at the bottom of the page for our Richmond Falcon FAQ and for archives from past years.