With their clutch of 4 eggs completed, the incubation phase of the falcons’ nesting cycle has begun in earnest.  When tuning in to watch the cam, you can therefore expect to see a bird on eggs.  Both sexes incubate, although the female does a greater proportion of the work.  While in incubating posture, the female can be distinguished from the male by her larger size in the camera frame; her orbital ring (bare skin around the eye) and cere (the fleshy base of the bill) are pale yellow, whereas the male’s are a bright yellow-orange. 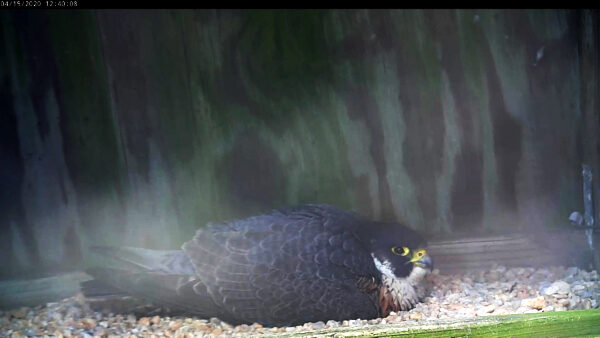 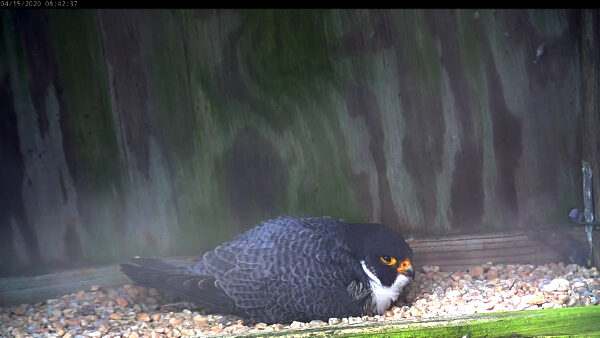 Although the birds were seen sitting on eggs shortly after each was laid, proper Incubation typically begins once the next-to-last egg is produced.  Incubation is estimated at 33-35 days; we would expect the eggs to begin hatching sometime between May 10 and 12.