Diligent Falcon Cam watchers may have noticed that several small, dark, rounded masses are accumulating within the nest box. These accumulations are what biologists refer to as pellets, which have been regurgitated (or “cast”) by the adult falcons. Many birds cast pellets, but raptor pellets are better known because they tend to be larger and therefore easier to find. Peregrine falcons are predatory and prey primarily on other species of birds. Although falcons use their beaks to remove meat from their prey items, often small pieces of indigestible materials like bones and feathers are incidentally consumed during feeding. Because these materials cannot be passed through the intestinal tract, they are regularly regurgitated after feeding! Pellets are incredibly variable in shape, size, and composition, all of which is dependent on what the falcons have recently fed on. The pellets in the below photo contained a mix of feathers, bones, and even some bird seed that was in the digestive tract of a recent prey item. 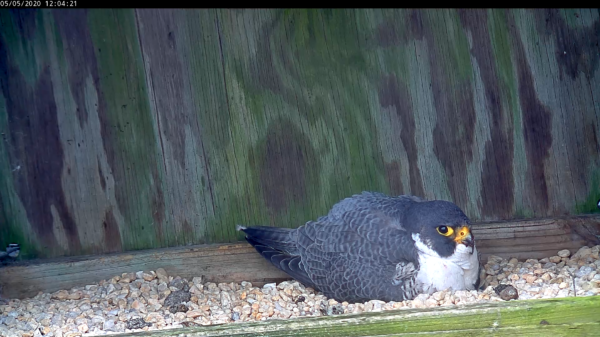 Cast pellets to the left and right of the incubating male 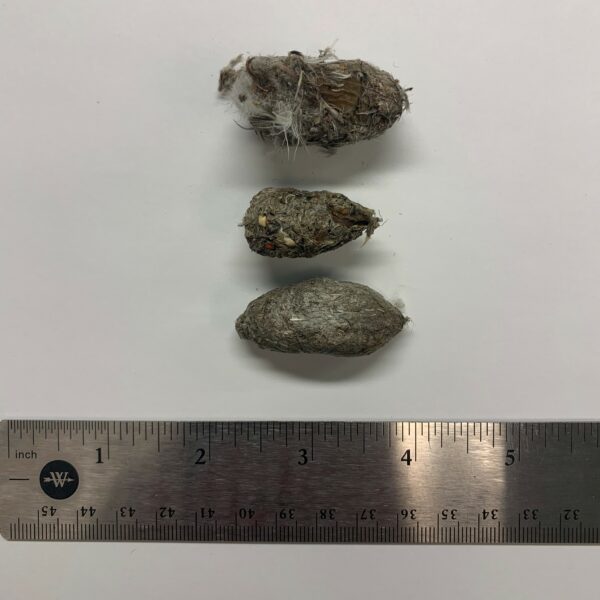 Check out the video below from earlier in the season to see the previous female (unbanded) cast a pellet on the ledge of the Riverfront Plaza building.