At approximately 3:00 pm on May 11th, DGIF biologists detected the start of a pip (the initial hole the chick makes in its egg as it starts hatching) in one of the four Peregrine Falcon eggs located atop the Riverfront Plaza building in downtown Richmond. This small crack was observed in one of the most forward-facing eggs while the male falcon shifted his incubating position. Shortly after the pip was discovered, an incubation exchange occurred at 3:10 pm and the egg was rotated slightly, making the pip harder to see. The pip was briefly observed again at approximately 8:05 am on May 12th where it was more developed and easier to see. 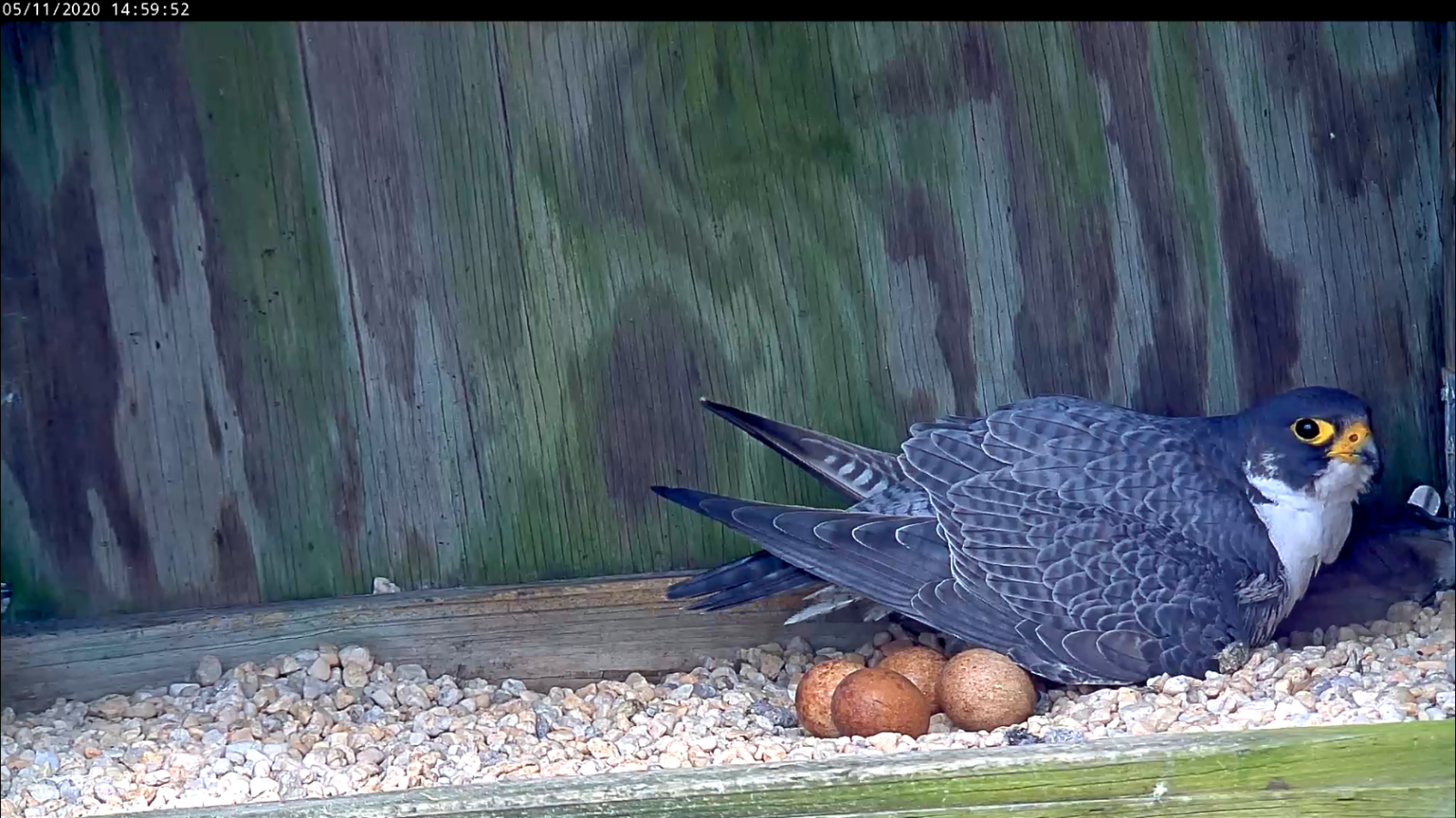 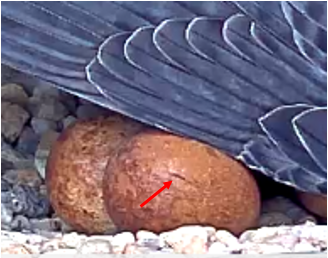 Zoomed in image of May 11th pipped egg 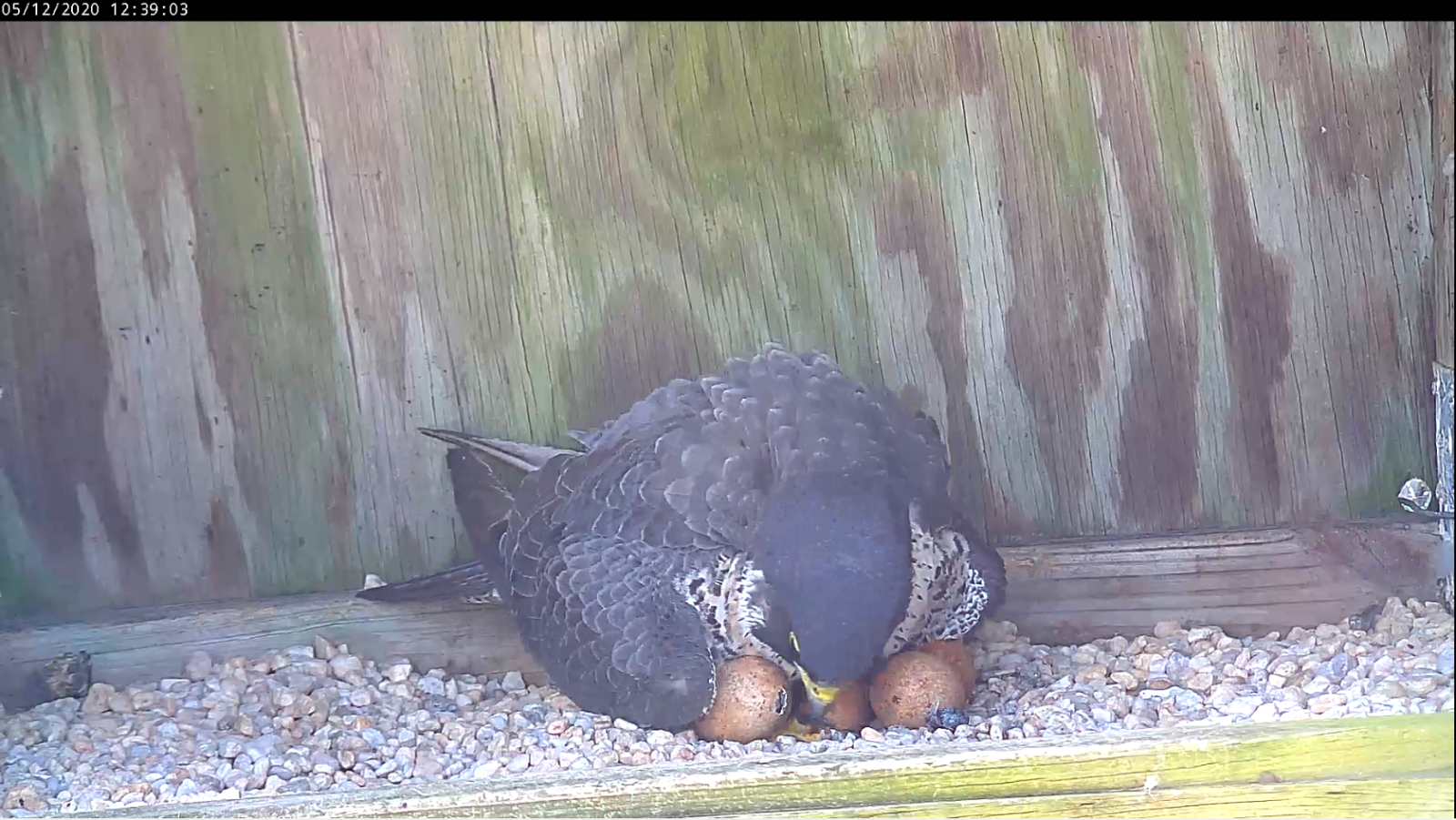 Female with pipped egg on May 12th

Hatching is a long and energetically demanding process for birds, and Peregrine Falcons are no exception. Young chicks use an egg tooth (a small knob on top of their bill) which they repeatedly peck and push into the pip in the egg, creating a large enough crack that they can eventually break through. This hammering is an exhausting process requiring the chick to take several rests throughout hatching. Overall, the entire process usually takes anywhere from 12–18 hours, but in some extreme cases it can take upwards of 72 hours. After the chick has finally hatched, it no longer needs its egg tooth which falls off several days after its emergence from the egg.

We will continue to closely monitor this chick’s progress and hope to see signs of the other eggs hatching soon!