Virginia Department of Game and Inland Fisheries (DGIF) staff received word on June 21st that a banded raptor chick had been found grounded outside of the Riverfront Plaza building the evening prior. Biologists arrived at the building around noon and began searching the surrounding area for the chick. Approximately an hour later a peregrine falcon chick was spotted along a railing that runs perpendicular to South 10th Street and connects to the Riverfront Plaza East Tower. 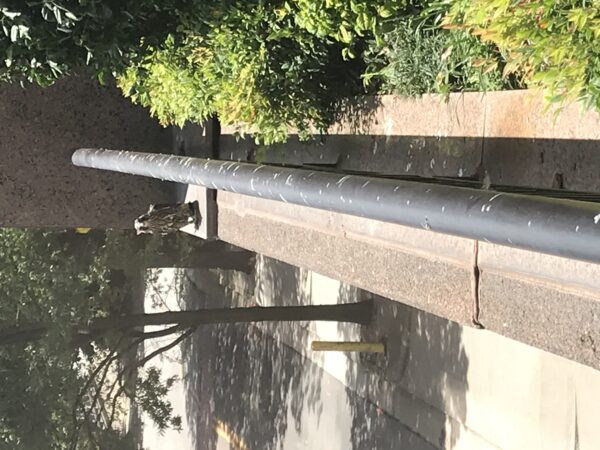 DGIF biologists were able to safely capture the bird and confirm that it was the falcon chick banded on June 12th.  Although the chick appeared uninjured at the time of capture, biologists felt the chick fledged too soon and that it should be returned to the ledge of the West Tower where the nest box is located. 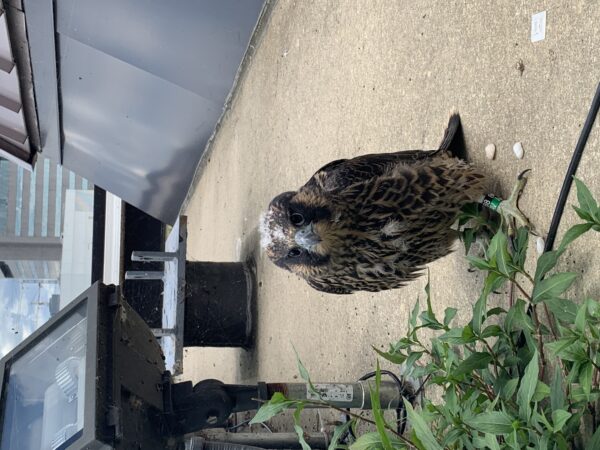 Falcon chick after its release on the ledge

After the chick was released back onto the ledge, biologists stayed within the area to monitor the falcon’s activity from a distance. A few hours after release, the chick was heard vocalizing somewhere below the ledge around the north-facing side of the West Tower.  After searching the surrounding area once more, the chick was found perched on a windowsill of the tower beneath the nest box ledge. While viewing the chick on the windowsill, the adult female was seen flying by and perching above the sill, indicating that she is aware of the chick’s location. Staff confirmed that the chick remained on the sill until 9:00 pm when they left the area. 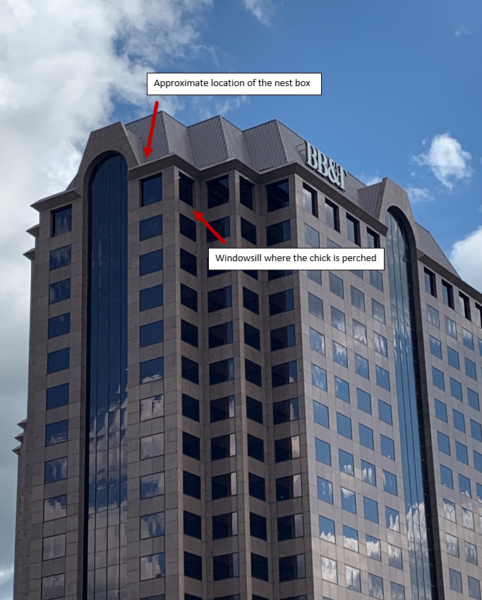 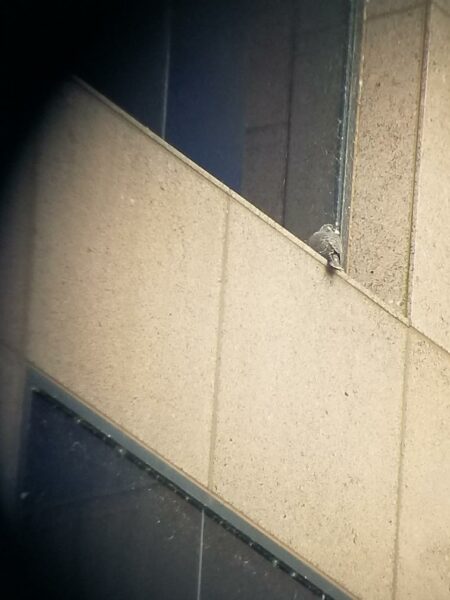 DGIF biologists expect the chick to remain in place throughout the night and will be visiting the area again tomorrow to track its activity throughout the day. We will continue to post major updates on the falcon chick as we have them and plan to monitor its location over the course of the next several days.