Thanks to the care and flight conditioning she received at the Wildlife Center of Virginia (WCV), the Richmond falcon chick is now flying competently and is ready for release. We have carefully explored release site options with our falcon partners at Shenandoah National Park (SNP) and the Center for Conservation Biology at the College of William and Mary. For various reasons, we decided that it is in the chick’s best interest to be released into suitable habitat at SNP rather than in downtown Richmond. Young falcons hatched on Virginia bridges are released (hacked) annually at SNP under carefully monitored conditions and falcon chicks from prior Richmond broods have also been hacked at SNP in the past.  Although she is flying well, the chick will still need to perfect her landing skills when released, which is better accomplished at SNP where she will not have to contend with busy roads and glass buildings. Given her absence of roughly three weeks from downtown Richmond, there is also uncertainty as to whether her parents could react aggressively toward her if they fail to recognize her. Finally, releasing the bird at SNP will contribute to our collective efforts to re-establish a breeding population of peregrines in their historic mountain range in Virginia.

The chick was transported to the SNP release site on Wednesday, July 15th where she is being held (and fed) in a hack box for 48 hours to acclimate to her new location on a natural cliff in the mountains. Upon release she will be free to roam the landscape at will. Along with two young male falcons that were hacked at this site in mid-June, she will continue to be fed for a couple of weeks after release while she hones her hunting skills. Hack site attendants will monitor the falcons daily during this time. 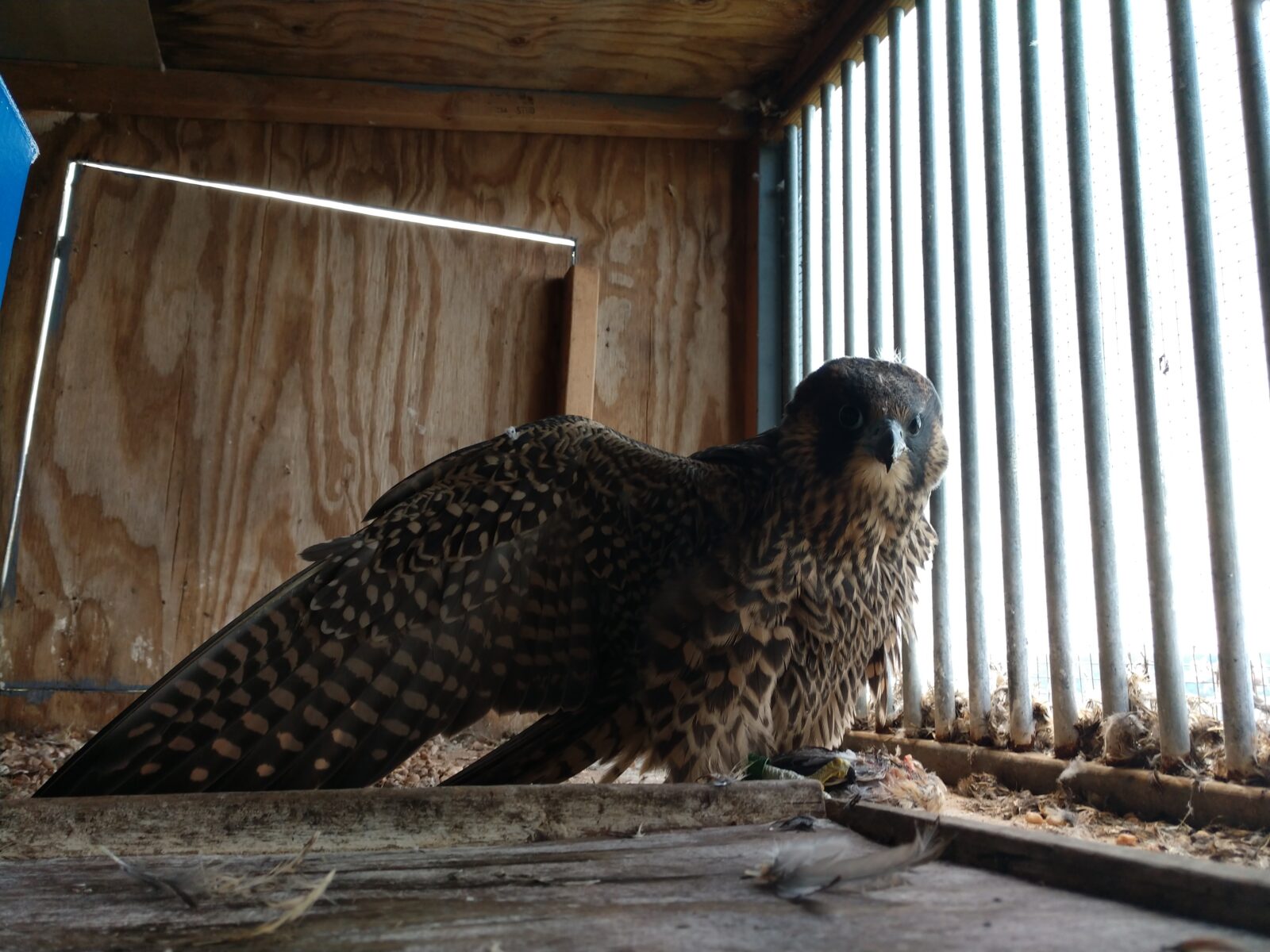 Juvenile female falcon feeding on a quail within the hack box

Should we receive any reports of additional sightings or status changes on the juvenile female we will provide an update. Otherwise, this will be the last update of the 2020 Falcon Cam. Thanks again to everyone who tuned in, and be on the lookout next spring for another nesting event!