Egg Two Has Been Laid

The female falcon laid her second egg of the season at roughly 1:01 pm on March 30th. She spent the majority of the late morning in the nest box, while the male perched on top of the box. At 12:59 am the male hopped down from his perch and joined the female in the box for a few minutes, vocalizing and observing the egg laying event. 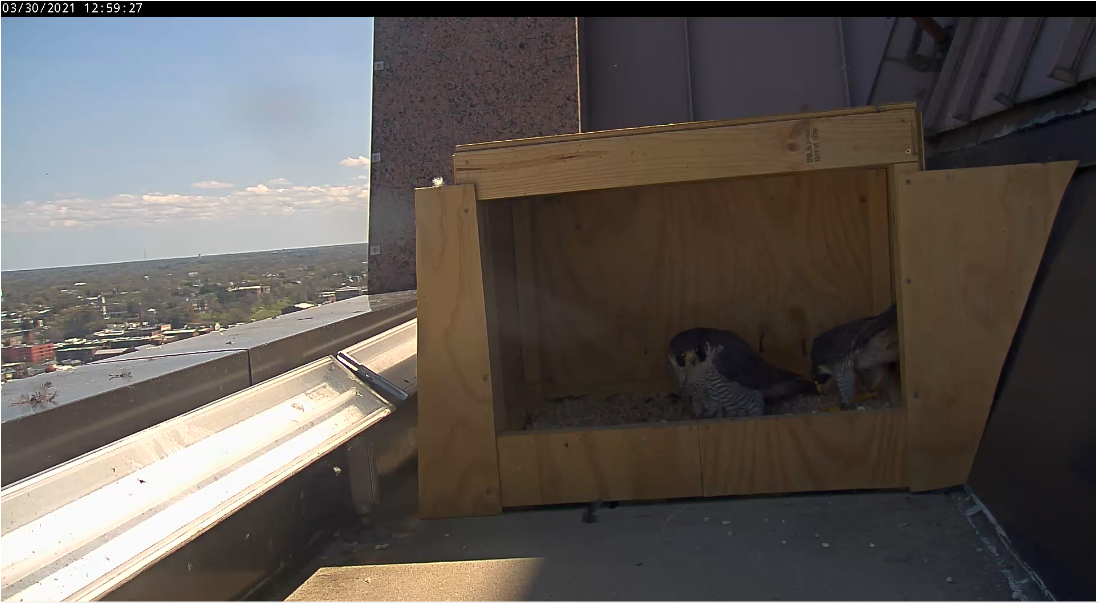 Female falcon (left) lays her second egg of the season while the male (right) observes.

The male departed the box at 1:01 pm after which the female stands, steps back, and reveals the newly laid egg (video below). We hope to see a third egg laid on April 1st or 2nd. 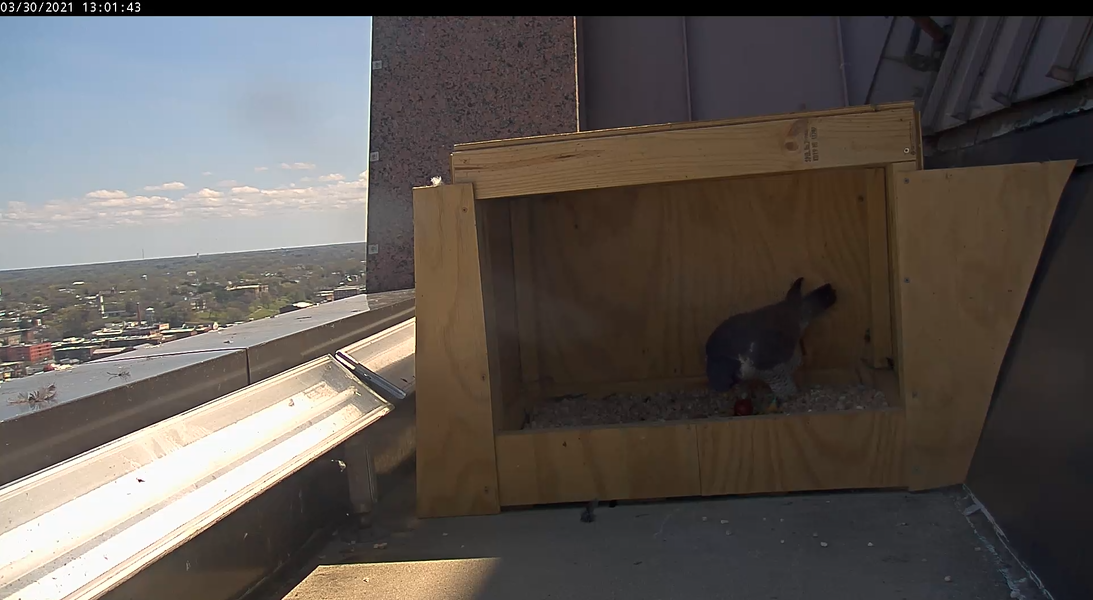 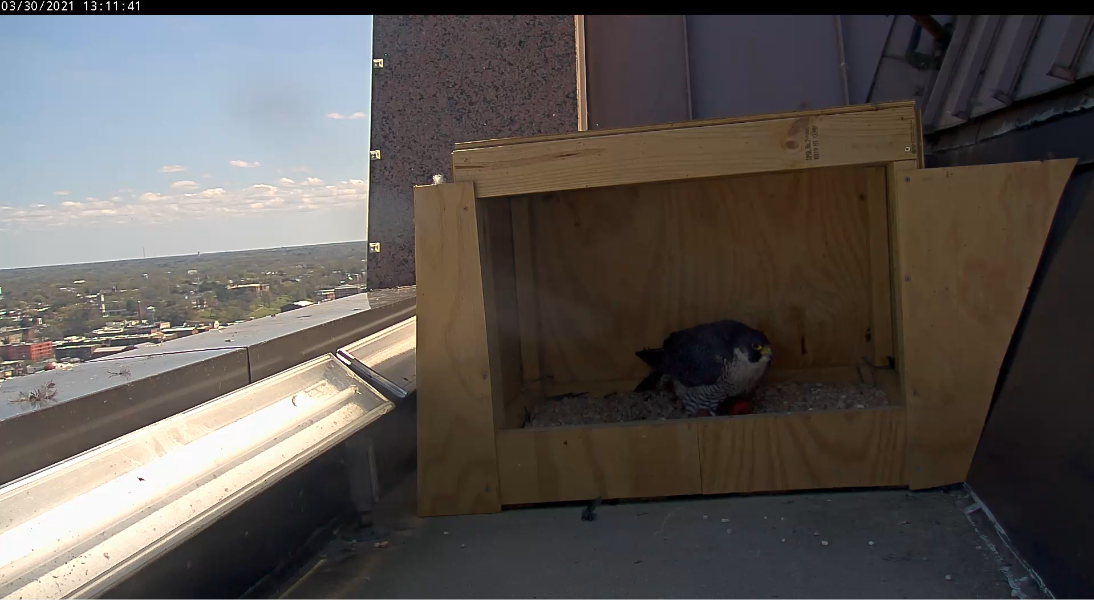 Female positions herself atop both eggs. The top of the first egg is visible behind the lip of the nest box, while the second egg can be seen more clearly to the right of the first.