Although we have yet to see the female lay an egg, we have continued to document both falcons on camera with daily regularity throughout the past few weeks. Both birds have been observed maintaining the scrape and participating in pair bonding behaviors in and around the box. The male of the pair has been delivering an abundance of prey items such as grackles and starlings to the parapet and will often be seen with multiple kills in the course of a single day. While the male feeds on some of these prey items, he has also been presenting them to the female for her consumption. Regardless of who is doing the feeding, it has resulted in quite the buildup of feathers around the nest box!

So for those followers hoping to see chicks this season, fear not! The falcons’ continued presence at the site has us optimistic that we may see an egg laid later this month, as peregrines in Virginia typically lay their eggs in March. 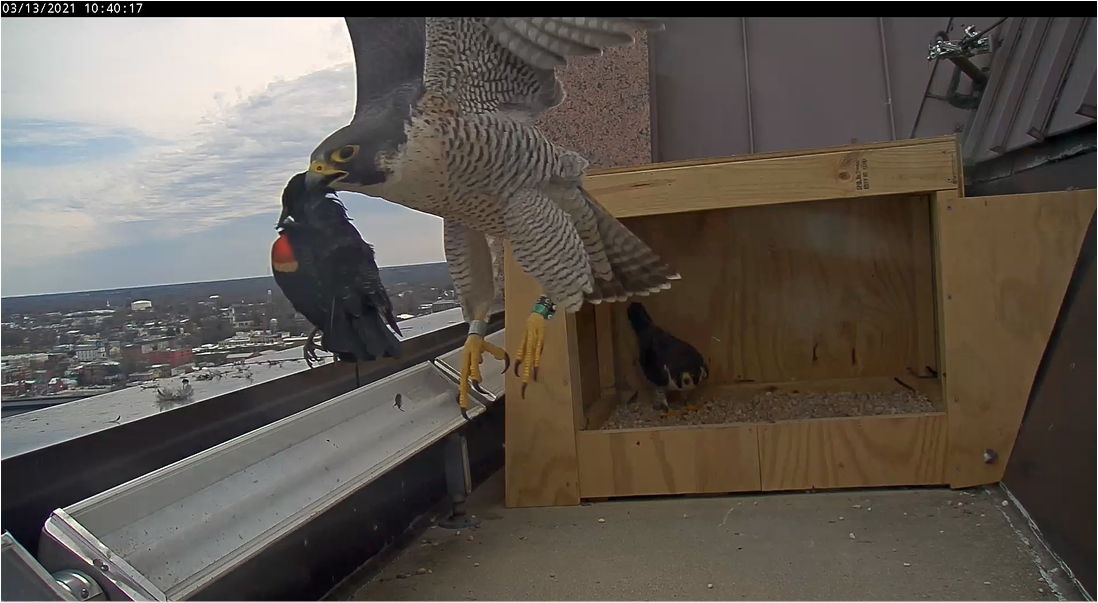 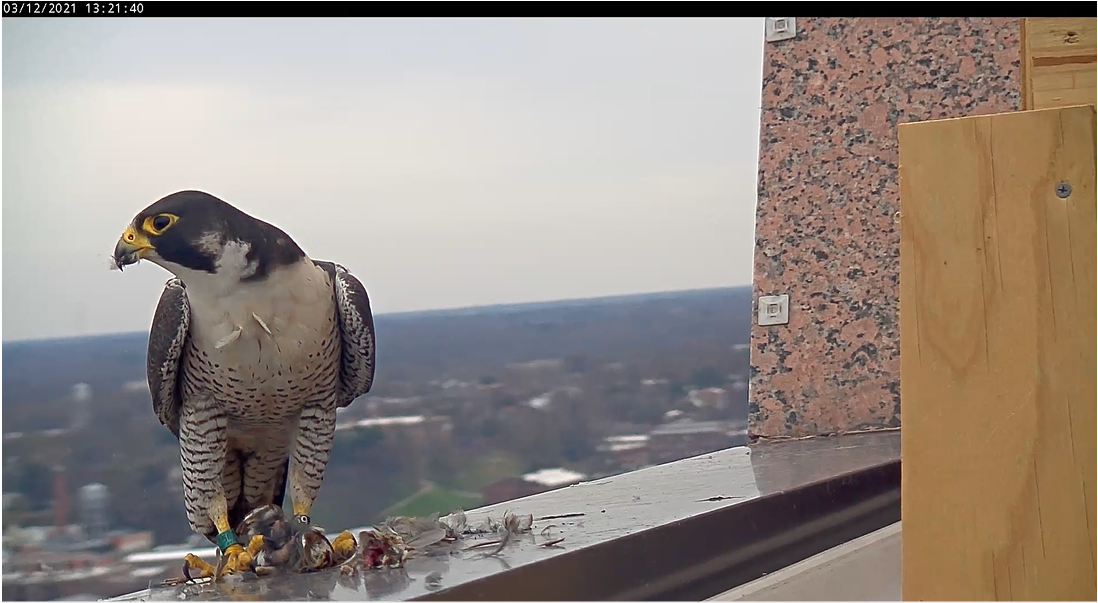 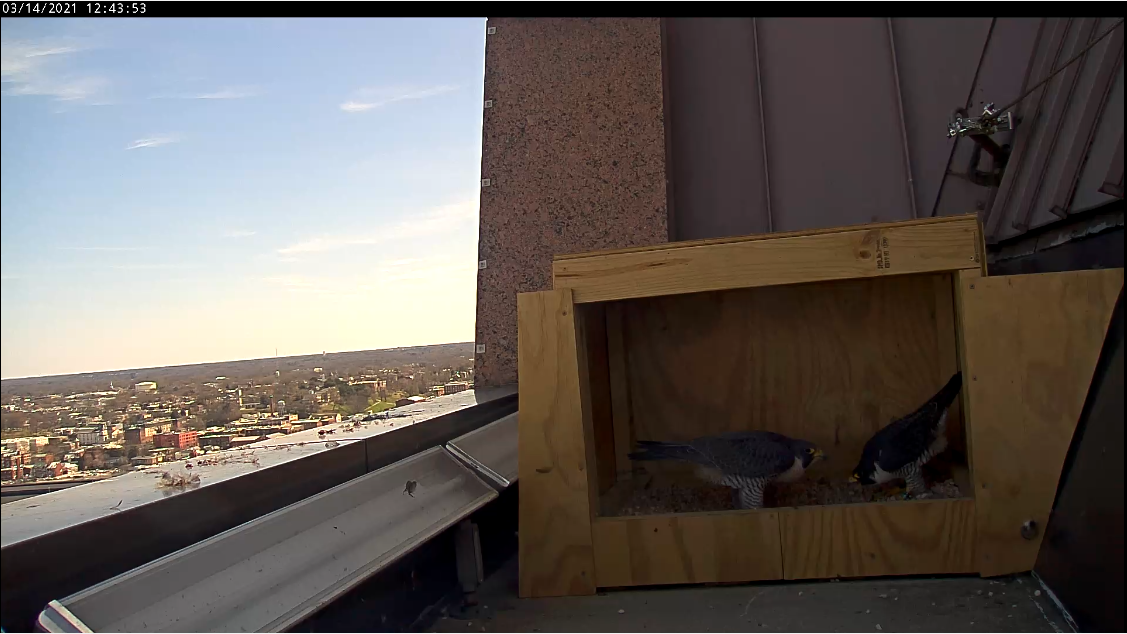