We are happy to report that the female falcon has laid her first egg of the season! After seeing her spending an increased amount of time close to and inside the nest box, we began to suspect that an egg would likely be laid in the near future. These suspicions were confirmed on the morning of 3/28 at daybreak when the female moved about the box revealing an egg which appears to have been laid overnight (video below). This is only the fifth egg that this particular female has laid, as 2020 marked her first ever adult breeding season. Last year’s clutch contained four eggs, and although we don’t know how many eggs 95/AK will produce this year, the average clutch size for peregrine falcons in Virginia is four.

Eggs are typically laid in intervals of 48 to 72 hours so pay close attention to the Richmond Falcon Cam 3/30 to 3/31 and you may be lucky enough to catch the second egg laying event! During this time, viewers may notice that the egg is frequently left uncovered. This behavior is normal for peregrine falcons as incubation often does not begin until the second to last egg is laid. By delaying the start of incubation, the eggs will hatch closer together resulting in the chicks developing at roughly the same pace. 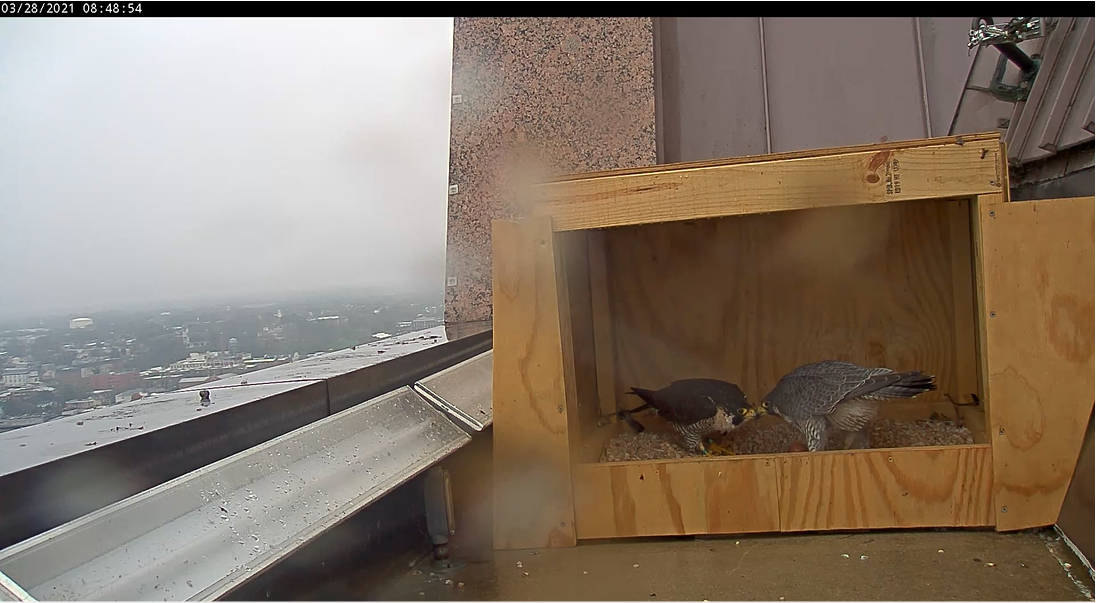 Male (left) and female (right) standing over the first egg laid this season.