On April 4th at 8:30 pm, the female falcon laid her fourth and likely final egg in the clutch! The average clutch size for peregrine falcons in Virginia is four eggs, although clutches with five eggs do occasionally occur and have even been documented at this site in the past, albeit by the former female. If the female is to lay a fifth egg, we would expect to see it sometime between April 6th and 7th. 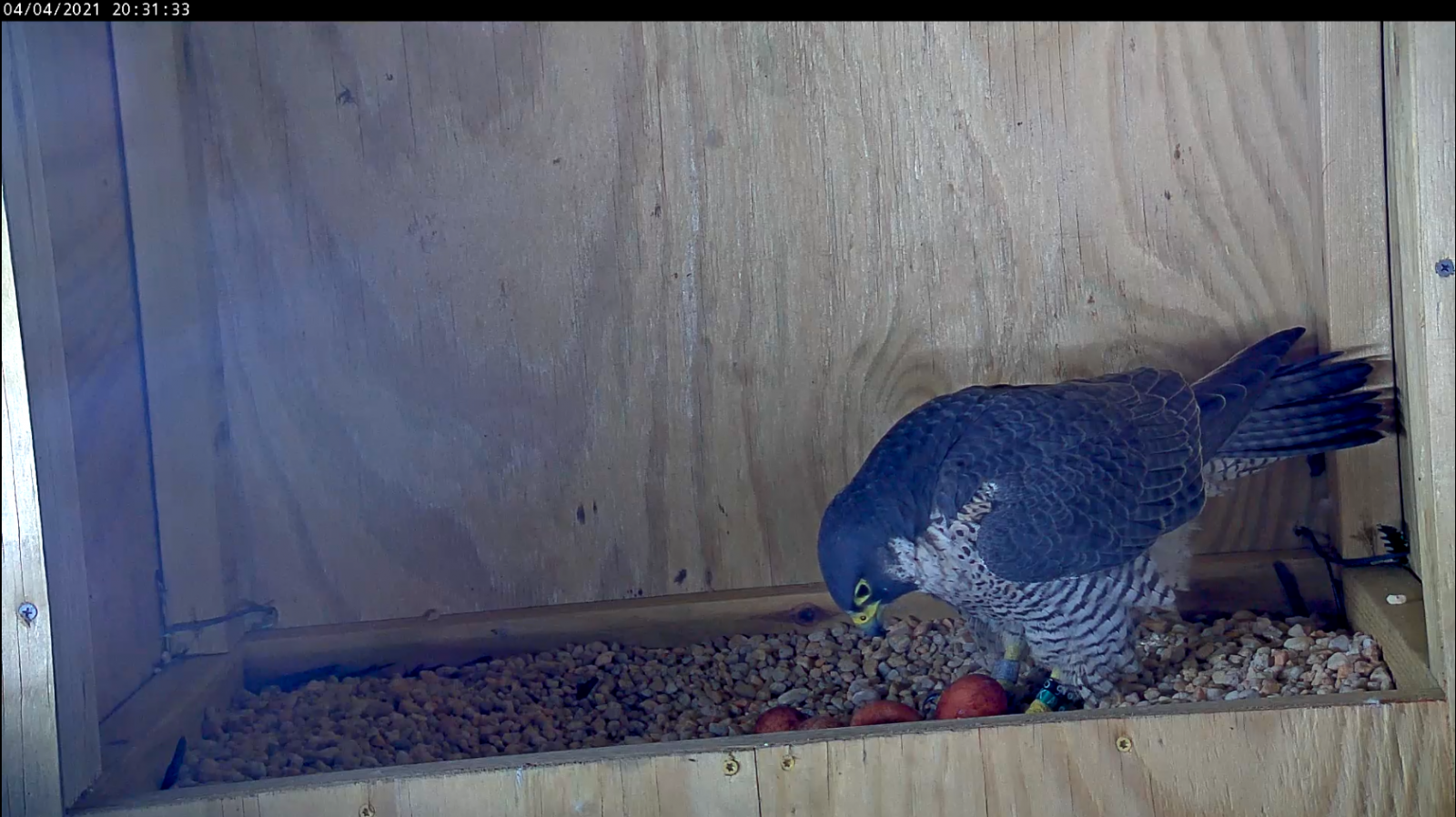 Check out the below video to see the moment the fourth egg was laid!