The female falcon has laid her third egg! Biologists suspect that the egg laying event occurred between 6:00 am and 7:00 am on the morning of April 2nd but low light conditions made it difficult to confirm the presence of a third egg at that time. However, at approximately 10:13 am, the female moved off of the eggs and began perching on the lip of the nest box, at which time a newly laid third egg could clearly be seen on camera. The most recently laid egg can be identified by its brighter coloration and sheen relative to the first two eggs which are duller in appearance. 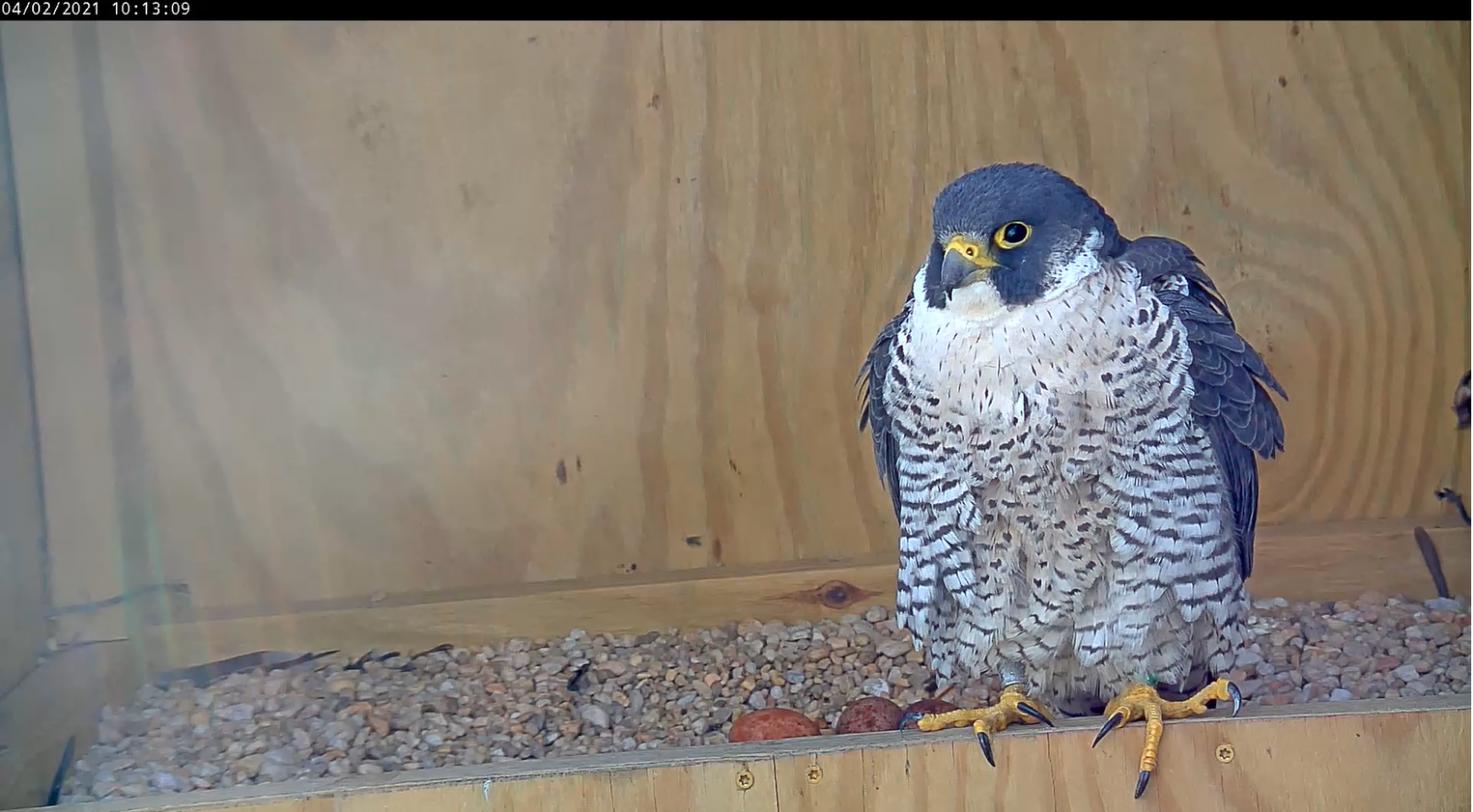 Female falcon perches on the lip of the nest box with her three eggs in view. The most recently laid egg is on the left and can be identified by its brighter color.

The average clutch size for peregrine falcons in Virginia is four eggs, so it is likely we will see a fourth egg laid sometime between April 4th and 5th. 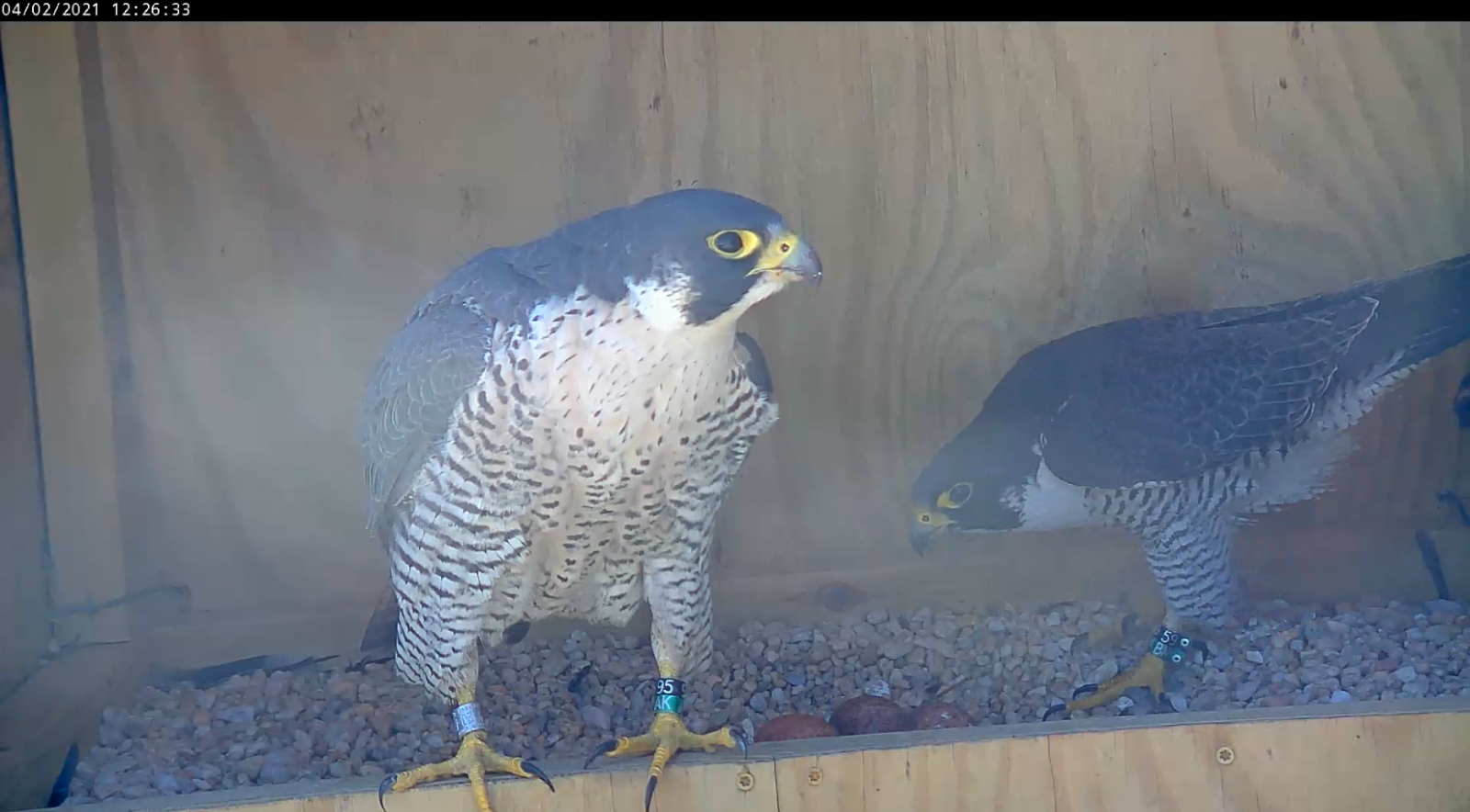 Female (left) leaves the nest box as the male (right) prepares to take her place on top of the eggs.