Chicks to be Banded on Thursday, June 3

Though it may be hard to believe, in just four short weeks the ‘Falcon Fab Four’ in Richmond have become large enough to receive their uniquely-coded leg bands! Virginia Department of Wildlife Resources biologists plan on visiting the Riverfront Plaza building on Thursday, June 3rd to band the four peregrine falcon chicks that were hatched in early May. On the day of banding, three of the chicks will be roughly 29 days old and one chick will be 27 days old. 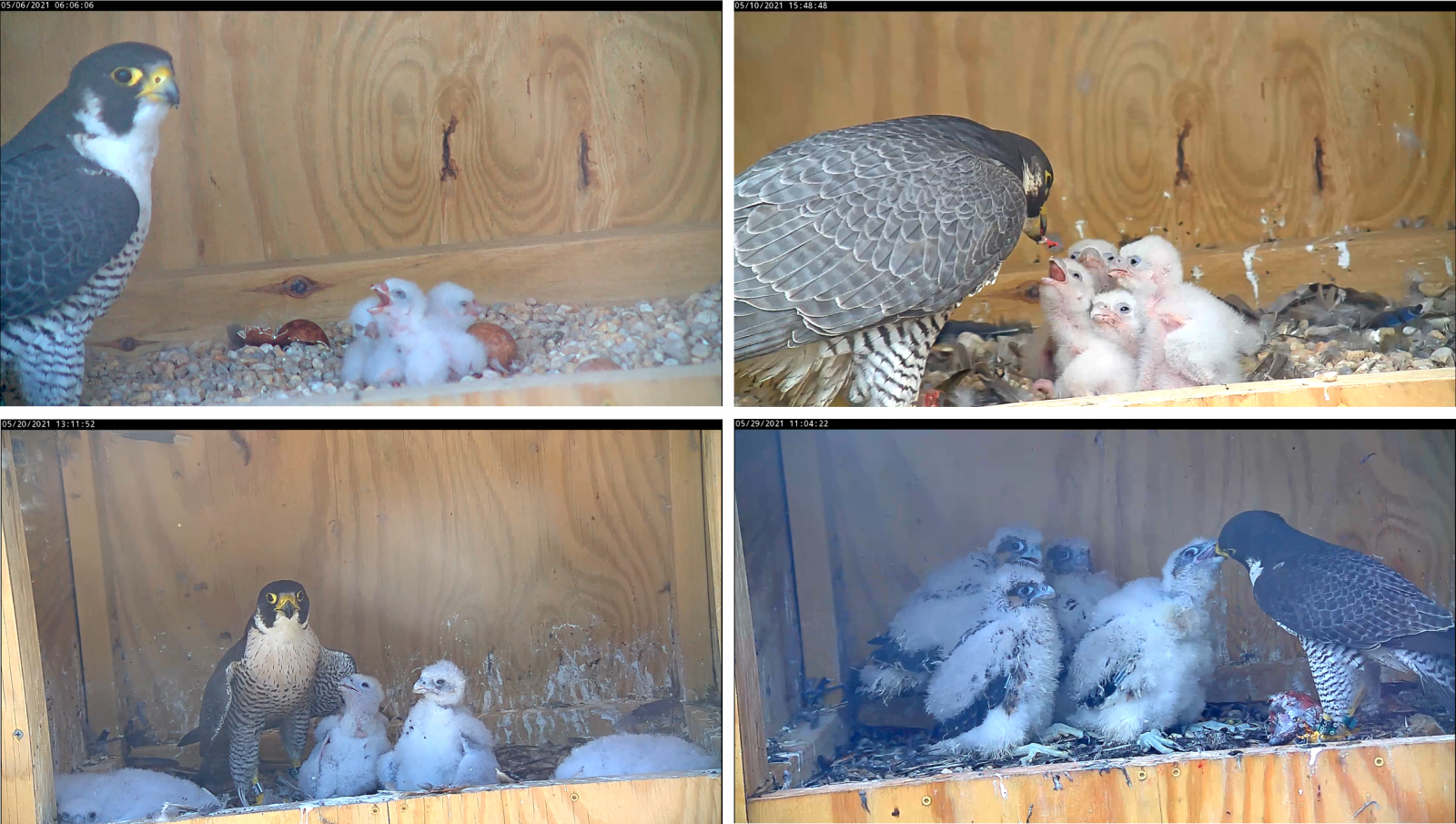 Developmental progression of the chicks after hatching. The top right photo includes the adult female while all others contain the adult male.

In addition to receiving their life-long leg bands, each chick will be weighed and measured and we will determine its sex. Banding is an incredibly important tool used to facilitate the identification of individuals throughout the remainder of their lives. This can yield information on where these young birds travel in the quest to establish their own individual breeding territories, as well as on their lifespan, productivity (number of eggs laid and chicks hatched) and relationship to other banded falcons with which they may interact. As a whole, banding allows biologists to better track the Virginia falcon population as it continues on its path to recovery. 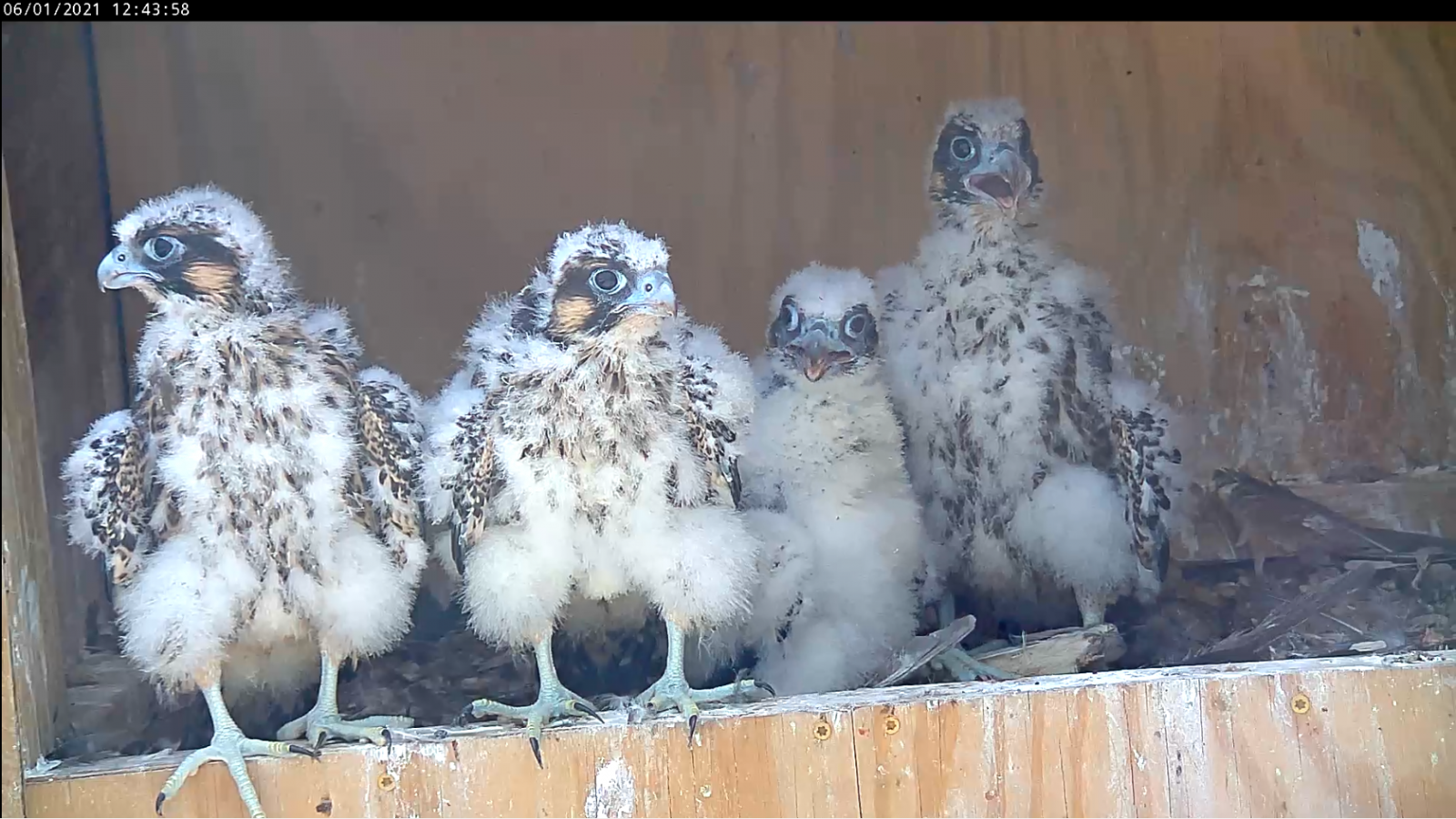 Falcon chicks two days before banding. The last chick to hatch is second from the right with fewer visible feathers relative to the others.

In addition to banding and data collection, biologists plan to install the pen that has been used in previous years to prevent early fledge events. The pen will be placed in front of the nest box and will allow the chicks to continue to access the box.  As the chicks have developed they have become increasingly mobile and are regularly venturing outside of the nest box; a chick spending time on the ledge wall is vulnerable to losing its footing and to exposure to gusts of wind which may cause it to become airborne before it is able to fly. In such situations the chick may be able to glide safely to the ground without injury, but its inability to fly leaves it highly vulnerable to vehicular traffic on busy city streets. The pen is a precautionary measure to ensure that no premature flights take place before the chicks have fully developed their flight feathers and are therefore able to fly.  Use of the pen for this purpose is similar in concept to hacking, a technique regularly used to reintroduce young falcons to areas where they have historically nested.

Be on the lookout for a follow-up post which will contain updates from banding day!