The Falcon Chicks have Received their Bands

It’s official, banding day was an overwhelming success, the details of which are posted below! And, we’ve got even more exciting news to share! On Friday, June 11 at 1:00 pm EST we’ll be debuting a Facebook Premiere video that provides a behind the scenes look at all the action from today. Viewers tuning in to the video will also have the opportunity to ask our biologists any questions they have about the Richmond falcons…so get those questions ready! If you want to participate, make sure to check out the Virginia Department of Wildlife Resource’s Facebook page next Friday at 1:00 pm!

On to the details from today…

A team of biologists from the Virginia Department of Wildlife Resources accessed the ledge at approximately 10am on Thursday June 3rd to collect the chicks. Once out on the ledge, biologists were able to quickly locate and capture the chicks before taking them inside the building to be measured, weighed, and banded. 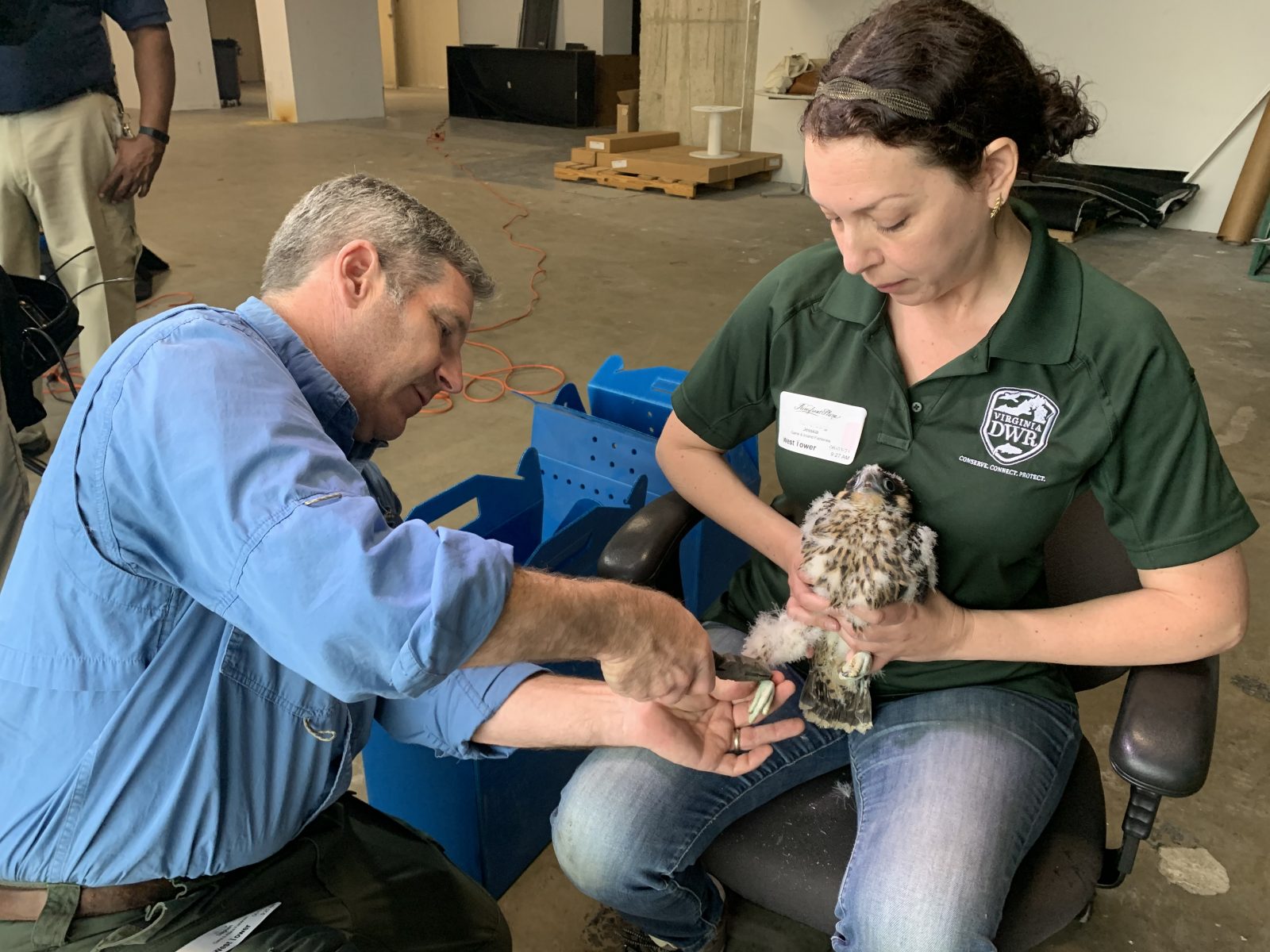 Region 1 Lands and Access Manager, Stephen Living and Watchable Wildlife Biologist, Jessica Ruthenberg in the process of banding one of the male chicks. 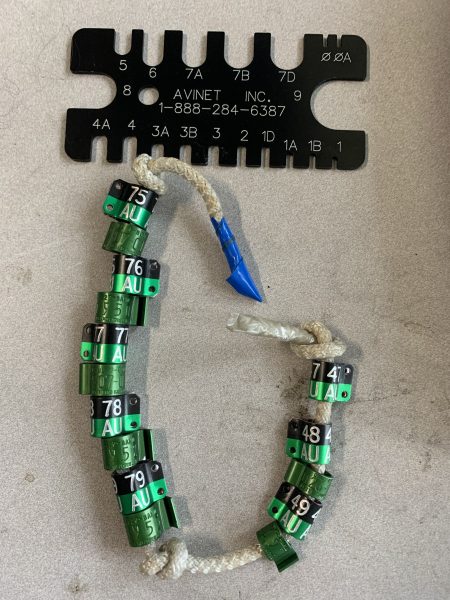 All of the chicks were alert and judged to be in good health based on their appearance and overall behavior. Falcon sex is determined at banding, as the females have larger legs and thus receive larger bands relative to males. Two of the chicks, including the youngest, were determined to be females while the other two chicks were determined to be males. Each chick received a federal band on the right leg with temporary colored tape affixed to this band to help biologists keep track of the chicks after they fledge. This tape should fall off naturally within one or two weeks after the chicks fledge. In addition to their federal bands, each chick received a “field-readable” black over green band (details below).

At this age, the chicks still depend on the adults to deliver prey items to them. In previous years, the former breeding pair would feed the chicks through the pen, or pass larger pieces of prey to the chicks who would then feed themselves.

After banding and data collection was completed, the pen which has been used in previous years to prevent premature fledge events was assembled in front of the nest box. In addition to what is seen on camera, the pen set up includes a wooden board strapped to its top in order to provide shade for the chick(s) while they explore the area outside of the nest box. The pen is also filled with the same type of gravel that is inside the nest box.

We anticipate there to be an initial adjustment period as the current breeding pair has no experience with the pen and may initially struggle to pass prey items to the chicks. During this time, biologists will be closely monitoring the camera and recorded footage in an effort to keep track of the number of meals the chicks receive within the next 24-48 hours. 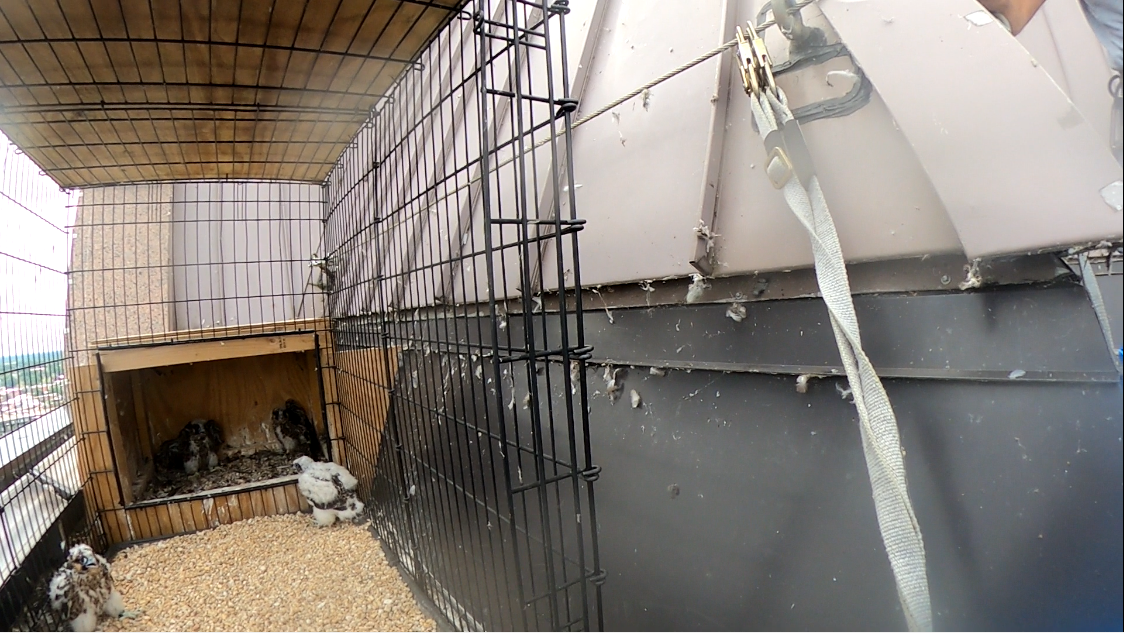 Four falcon chicks shortly after being returned to the pen.