On Tues, July 6th a DWR biologist ventured downtown to check on the progress of the juvenile falcons, with the primary goal of assessing the status of yellow’s tail guard.  Between 10:30 am and 1 pm, he documented three juveniles and one adult.

Two of the juveniles, whose bands were not visible, perched on the west-facing SunTrust sign while an adult perched on the south-facing sign.  At 12:24 the biologist saw a third juvenile (yellow) with a tail guard in flight around the SunTrust building.  Having confirmed that yellow still has her tail guard, the biologist ended his observations shortly thereafter. 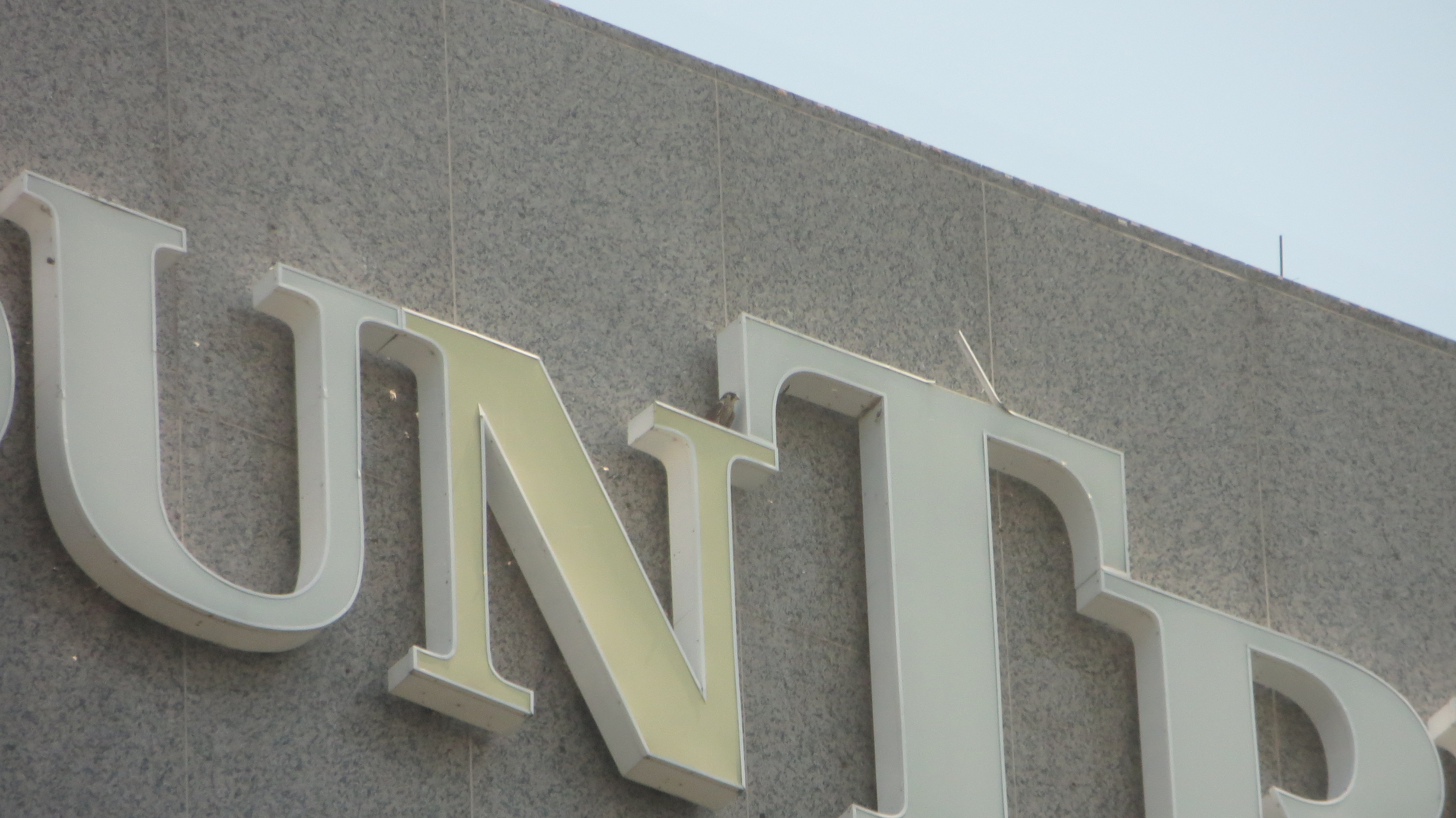 Juvenile on the ‘N’ of one of the SunTrust signs

An interesting observation about an hour into the survey was the reaction of one of the juveniles to the appearance of a quadcopter drone.  The juvenile flew from its perch to take a few aerial swipes at the drone before flying out of sight, and the drone took quick evasive maneuvers by dropping vertically.  A second juvenile was seen tracking the drone visually from its perch when the drone made a second brief appearance a few minutes later, but did not otherwise react.

We will continue to monitor the juveniles as our schedules permit, with the goal of documenting the loss of the tail guard from the yellow fledgling.  With the passing of time we expect the juveniles and their parents to move further and further from the immediate downtown area during the day, which will make it increasingly difficult for us to track the birds.  We will provide updates if we are able to observe yellow without the tail guard, or if anything of note is observed.