But Four Makes it a Party! 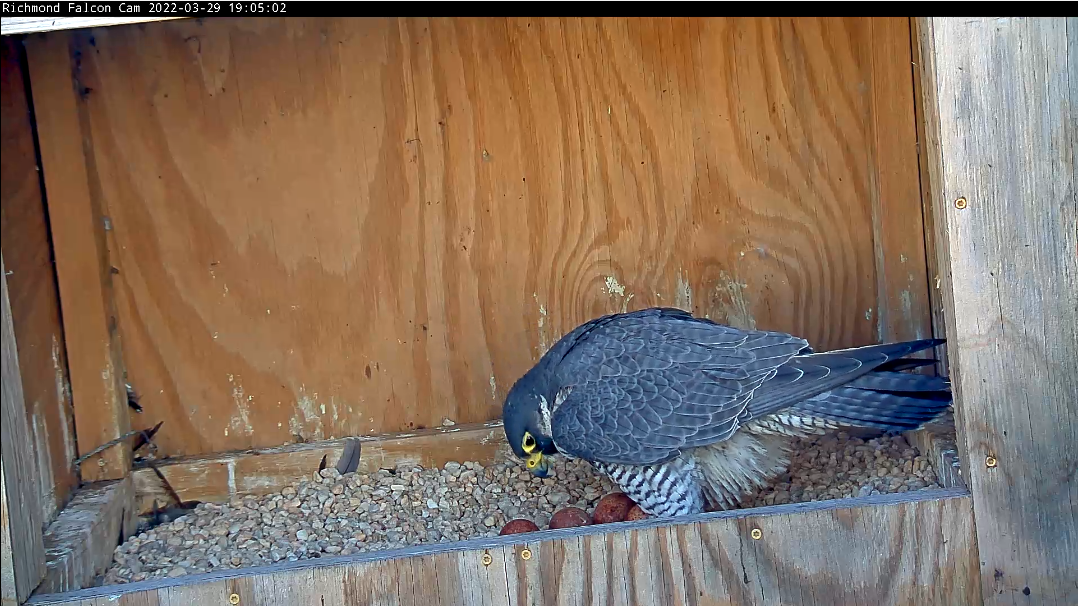 The female just after she laid the fourth egg.

The female laid her fourth egg at 7:04 pm on Tues, March 29, likely completing this season’s clutch. If you didn’t get to see the egg being laid last night, check out the video below to see exactly when it happened!

Five-egg clutches are relatively uncommon in peregrines but not out of the realm of possibility. The original Richmond falcon pair, which nested downtown from 2003 to 2016, had only one 5-egg clutch during that entire period. That clutch was laid in 2013 at the now-demolished Dominion Building.

If a fifth egg were to be laid, it would be expected to arrive sometime on Thursday or Friday!