Another Year with Four Mouths to Feed

It has been four days since the first three chicks hatched on Friday, April 29th. Roughly a day and a half after the first hatch, the fourth and final chick in the clutch was spotted around 9:45 PM on Saturday, April 30th. 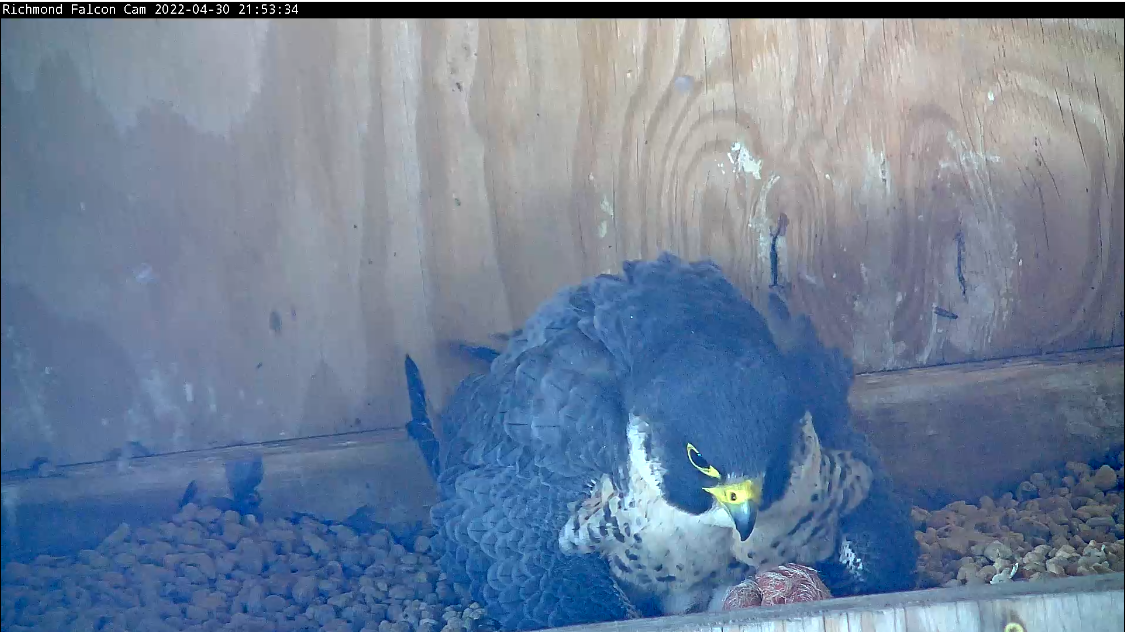 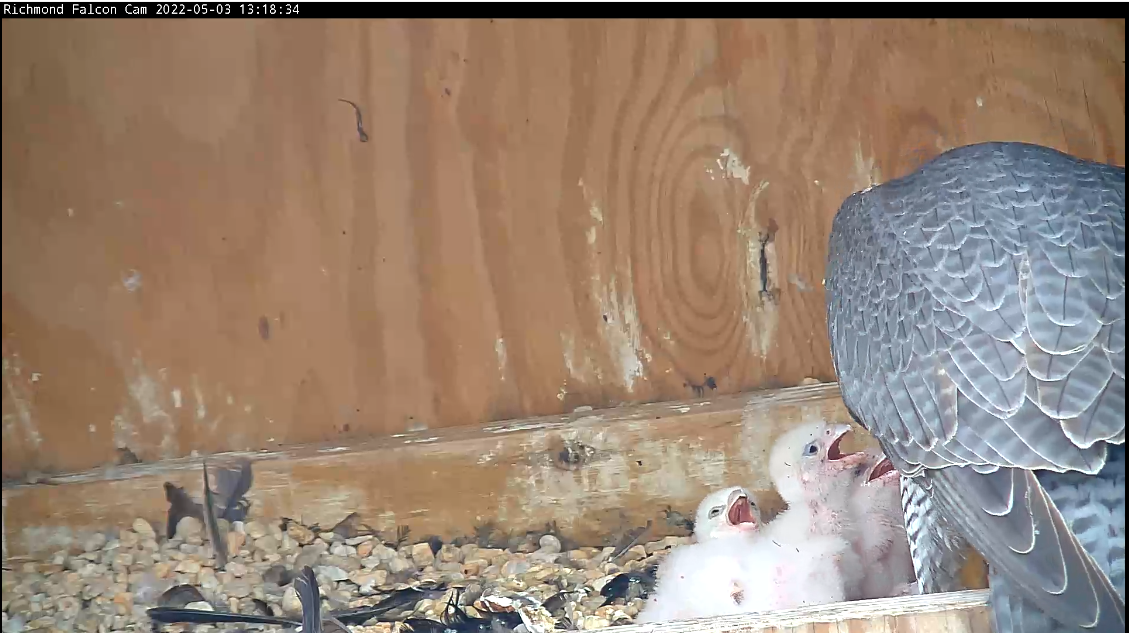 Despite being less than two days apart in age, the last chick to hatch (left) is noticeably smaller than its three siblings (right). Although this size difference is noticeable now, the chicks will all be roughly the same size and weight in the near future.

Since then, the chicks have been brooded on a near constant basis and have been receiving regular meals, most of which have been fed to them by the adult female. The chicks appear to be developing normally, having just about doubled in size since they hatched. 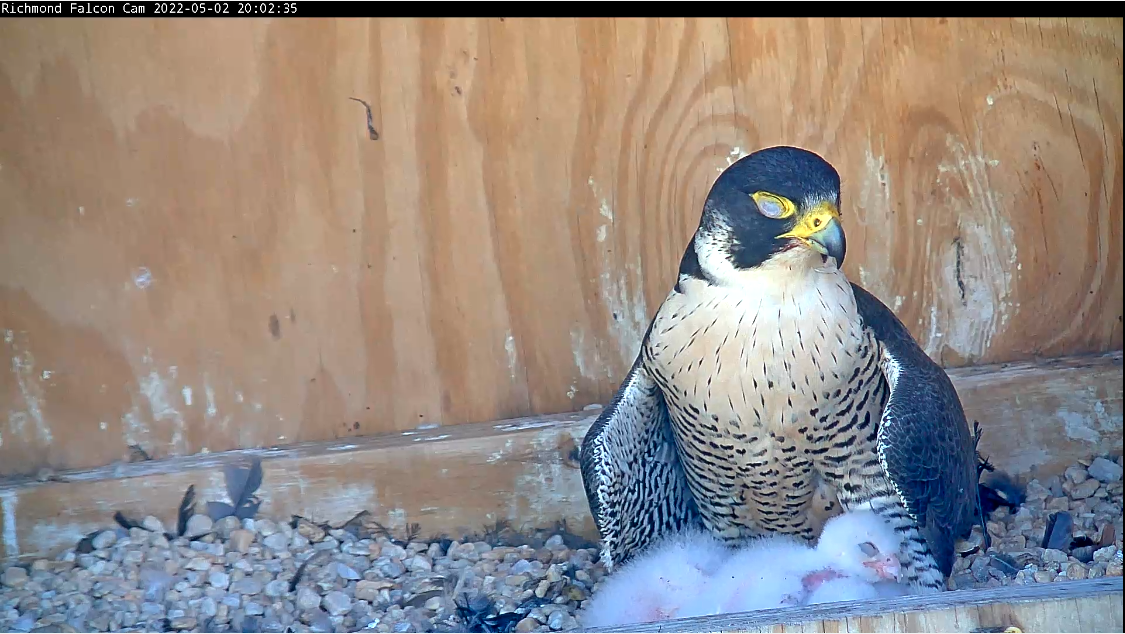 The adult female rests while brooding the chicks. The two places on her breast that appear to be missing feathers are her brood patches which are used to incubate the eggs and brood the chicks.

For the first several days after hatching, peregrine chicks have fairly poor eyesight and respond primarily to adult vocalizations. As their sight improves between four and eight days, the nestlings will begin to distinguish and react by sight to the adults. Behaviors such as preening, scratching, and stretching will begin after the first week, although the chicks will also spend much of the time sleeping throughout the course of the next two weeks. 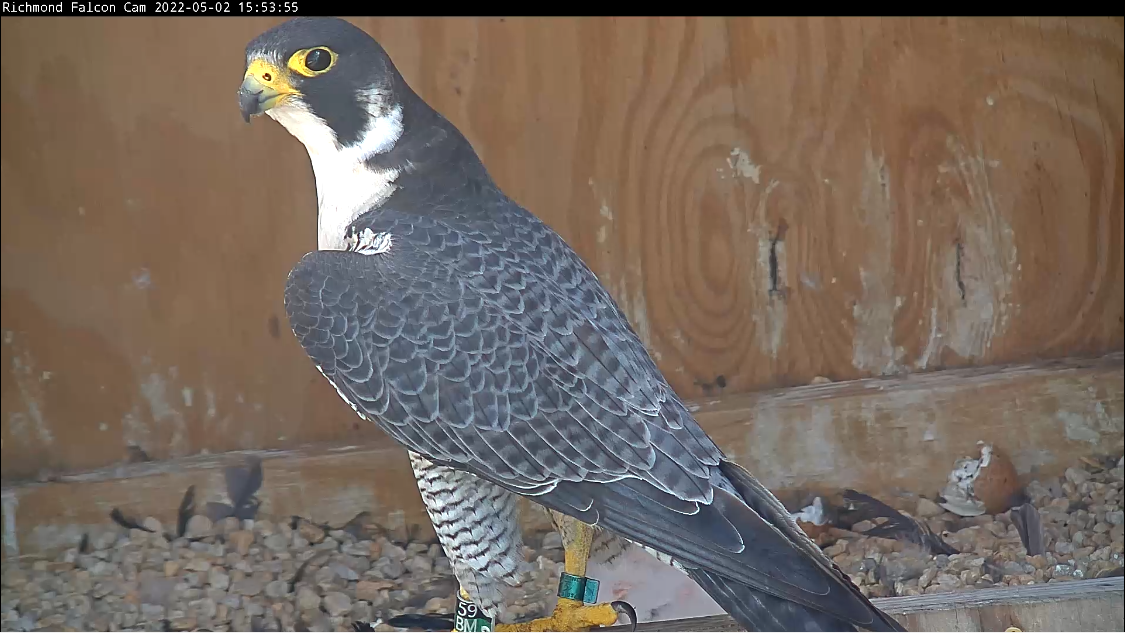 Although less frequent than the female, the male falcon also makes periodic visits to the nest box to brood and watch over his offspring.

Falcon chicks develop quickly and typically fledge the nest between 40-44 days old. This means that the next few weeks are sure to be a whirlwind of development for the brood, so be sure to check in with our feathered friends in high places on a regular basis!