Banded and Ready to Party!

Despite the overcast weather this morning, the four youngest RVA falcon chicks have officially received their bands! Virginia’s Acting Secretary of Natural and Historic Resources, Travis Voyles, and Assistant Secretary of Natural and Historic Resources, Corey Scott, joined DWR biologists as special guests on the 21st story of the Riverfront Plaza’s West Tower around 9:30am on May 26th. From there, the chicks were quickly secured and brought inside the building for banding and data collection. 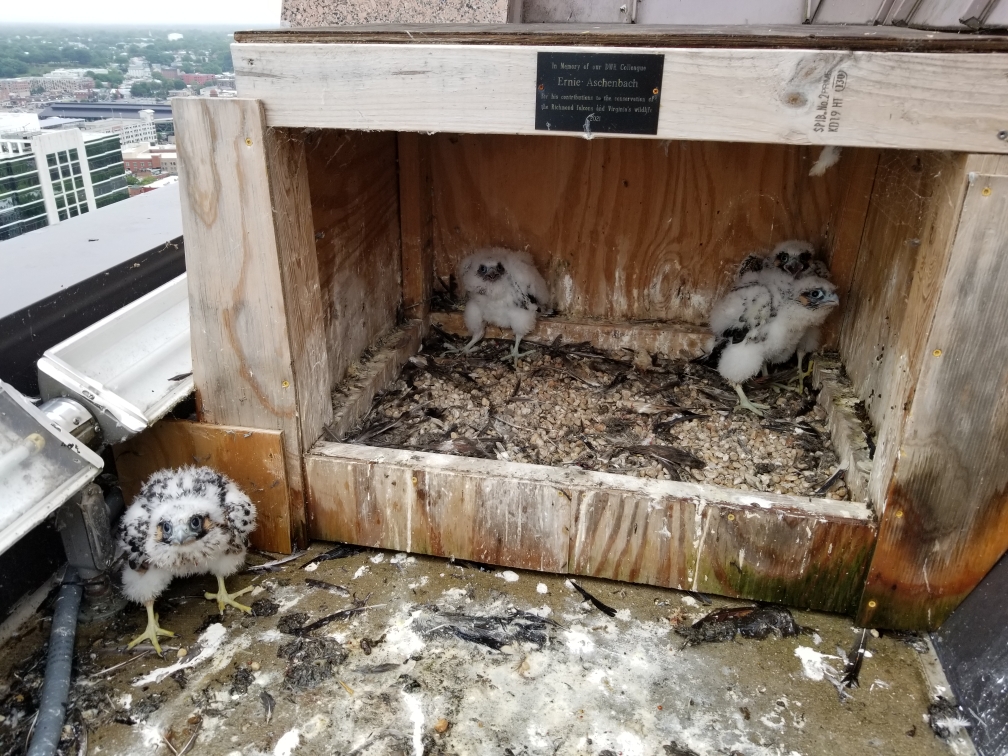 The four falcon chicks just before being collected for banding

Similar to the ‘Fab Four’ from last year, the 2022 brood is also made up of two males and two females. Falcon sex is determined at banding, as the females have larger legs and thus receive larger bands relative to males. Each chick received a federal band on the right leg with temporary colored tape affixed to this band to help biologists keep track of the chicks after they fledge. This tape should fall off naturally within a few weeks. In addition to their federal bands, each chick received a “field-readable” black over green band. Finally, each chick was weighed and had a wing chord measurement (an anatomical measurement of a bird’s wing) taken. The age, weight, banding information, and tape color for each chick can be found in the table below.

Following the completion of banding and data collection, the pen which has been used in previous years to prevent premature fledge events was assembled in front of the nest box and can now be seen on camera. After its assembly, the chicks were swiftly returned to the nest box around 11:30am. 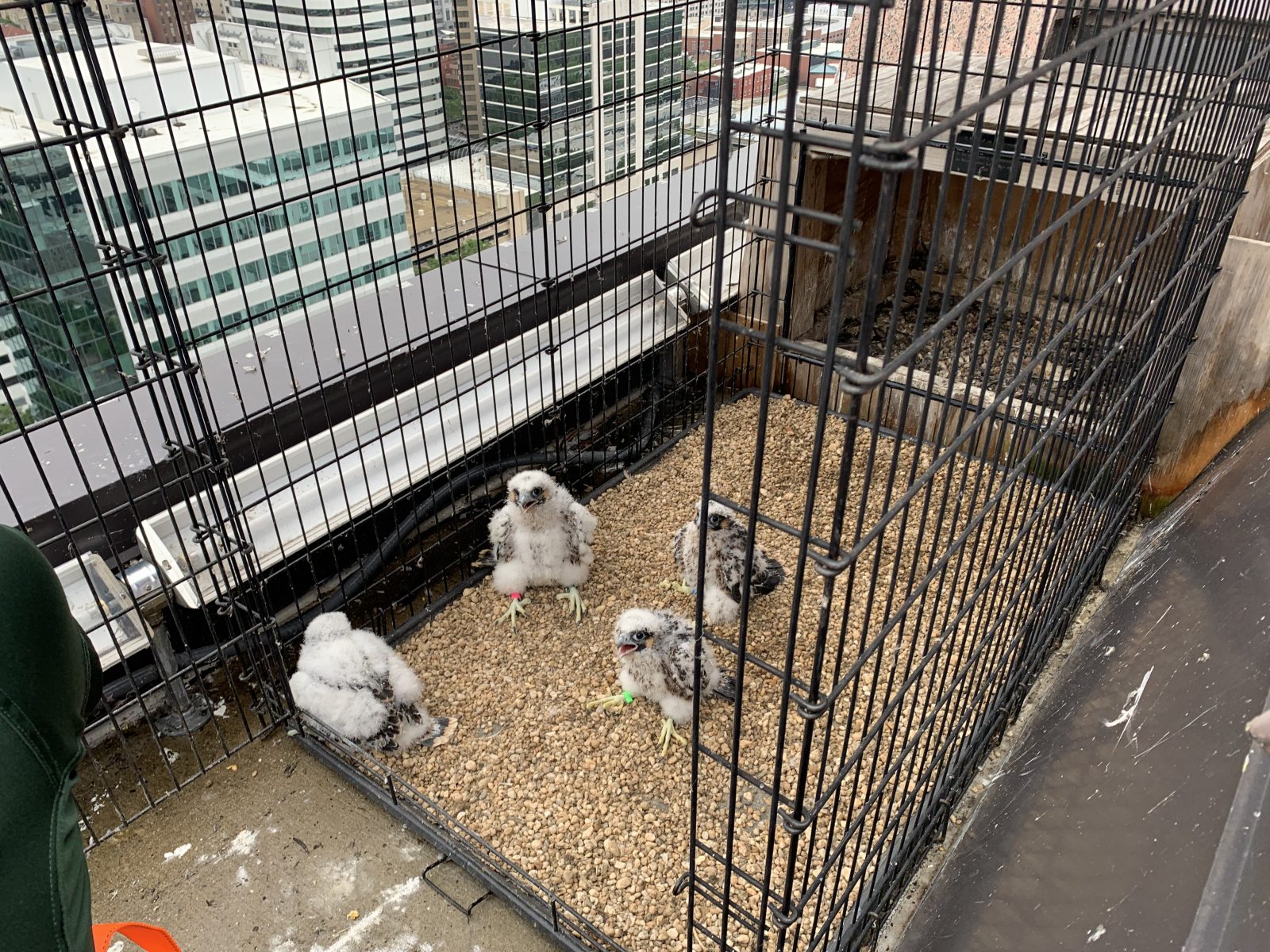 The chicks just after being returned to the nest site

Although this pen was used on a near annual basis with the former breeding pair in Richmond, it is still relatively new to the current pair as this is only their second season nesting downtown. With that being said, the adults appear to have adapted quickly to its installation as multiple feedings have already been delivered to the chicks through the bars at the time of this writing. We will continue to monitor the camera and review recorded footage throughout the course of the next few days to ensure that both the chicks and the adults continue to acclimate to the pen as anticipated. When the chicks are old enough to fledge, an actuator will be placed on the pen door allowing biologists to remotely open the door. At this point the chicks will be free to disperse from the nest box and pen at their leisure. 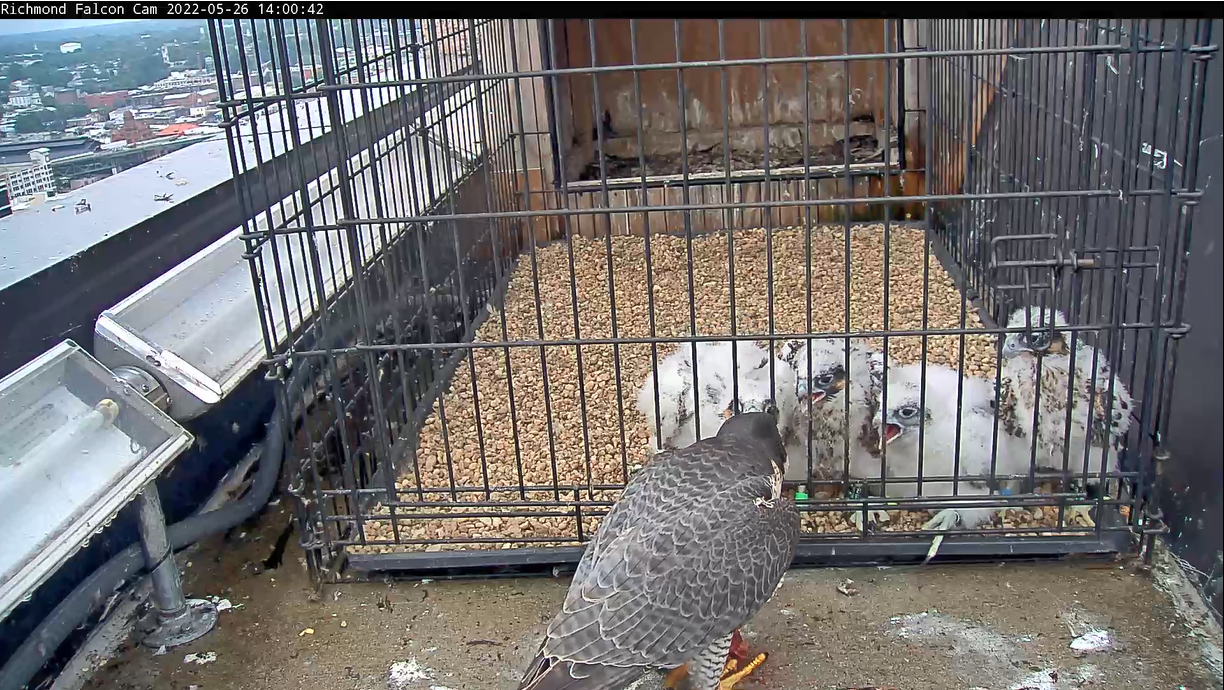 The importance of banding cannot be understated as it allows biologists to track the movements, lineages, reproductive history, and longevity of individual birds. This is especially important in small falcon populations that are still recovering, as is the case in Virginia! Watch the livestream, here! 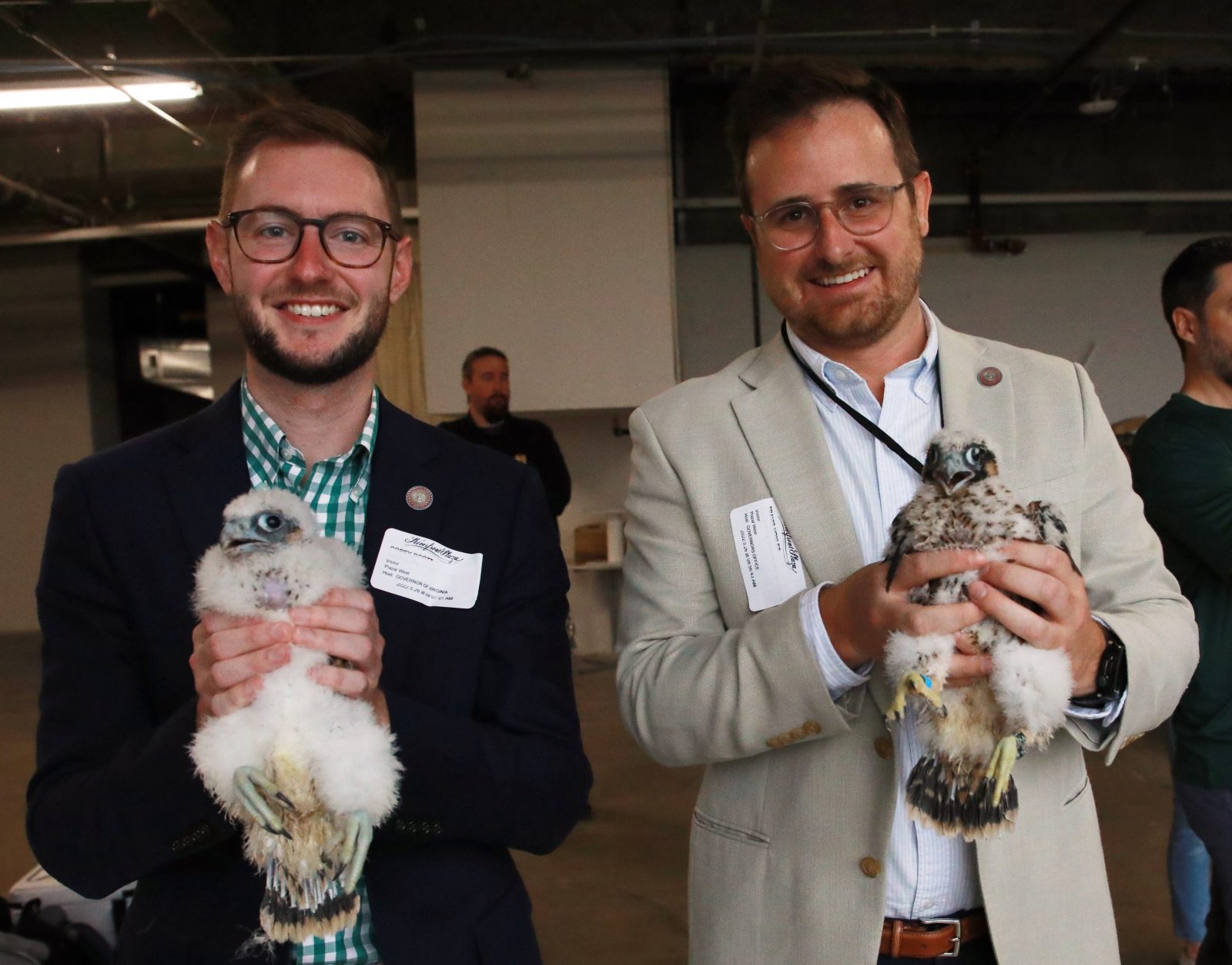 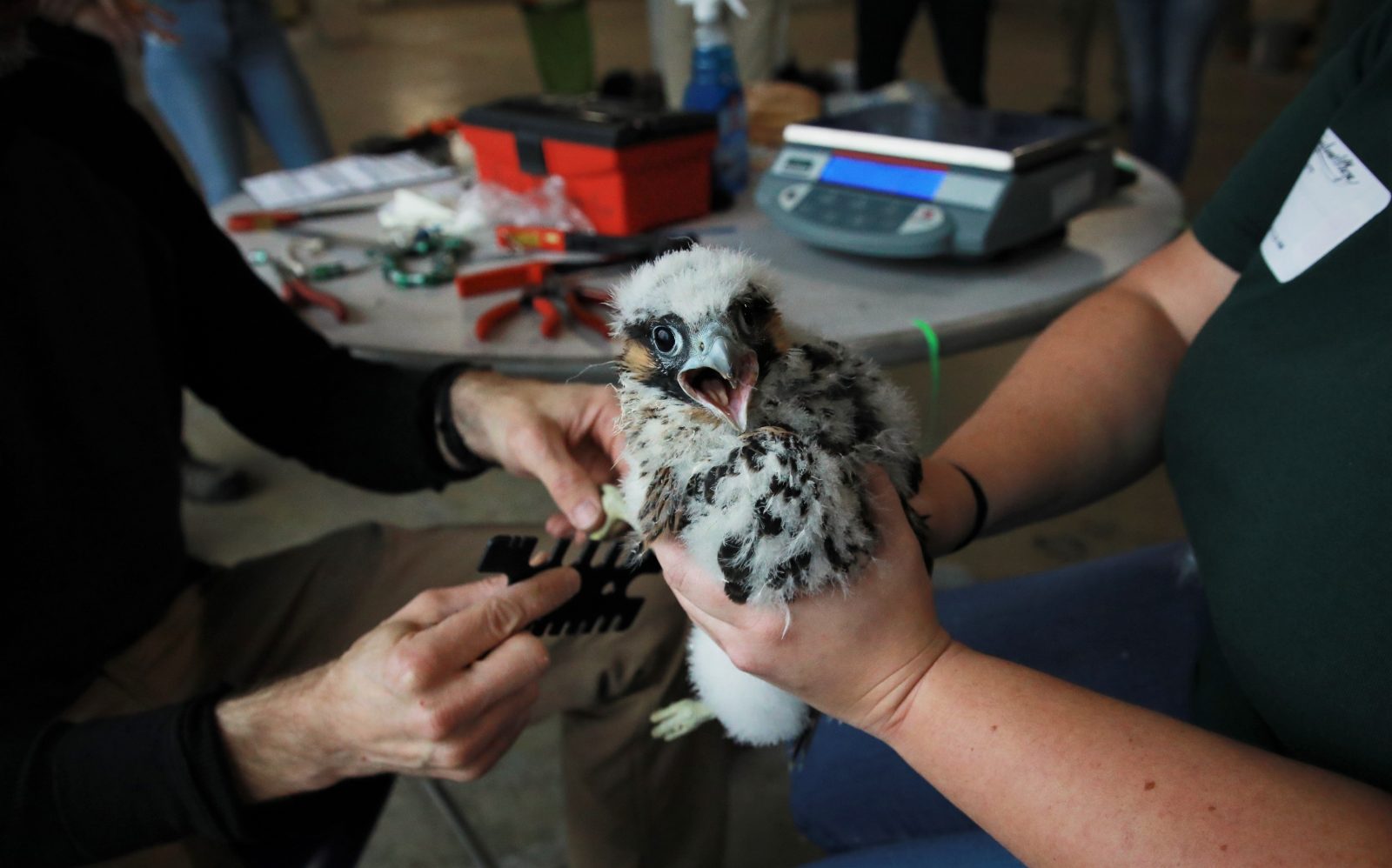