Check out the below photos that we received from our partners at Shenandoah National Park who are tending to the hack site where Yellow was released! Hack site attendants report that she seems to be doing well and has been observed with other juveniles who were hatched on a building in downtown Virginia Beach, and hacked/released at the same site as yellow just a few weeks prior. Our hope is that these efforts will ultimately contribute to the reestablishment of peregrines in their historic mountain range. 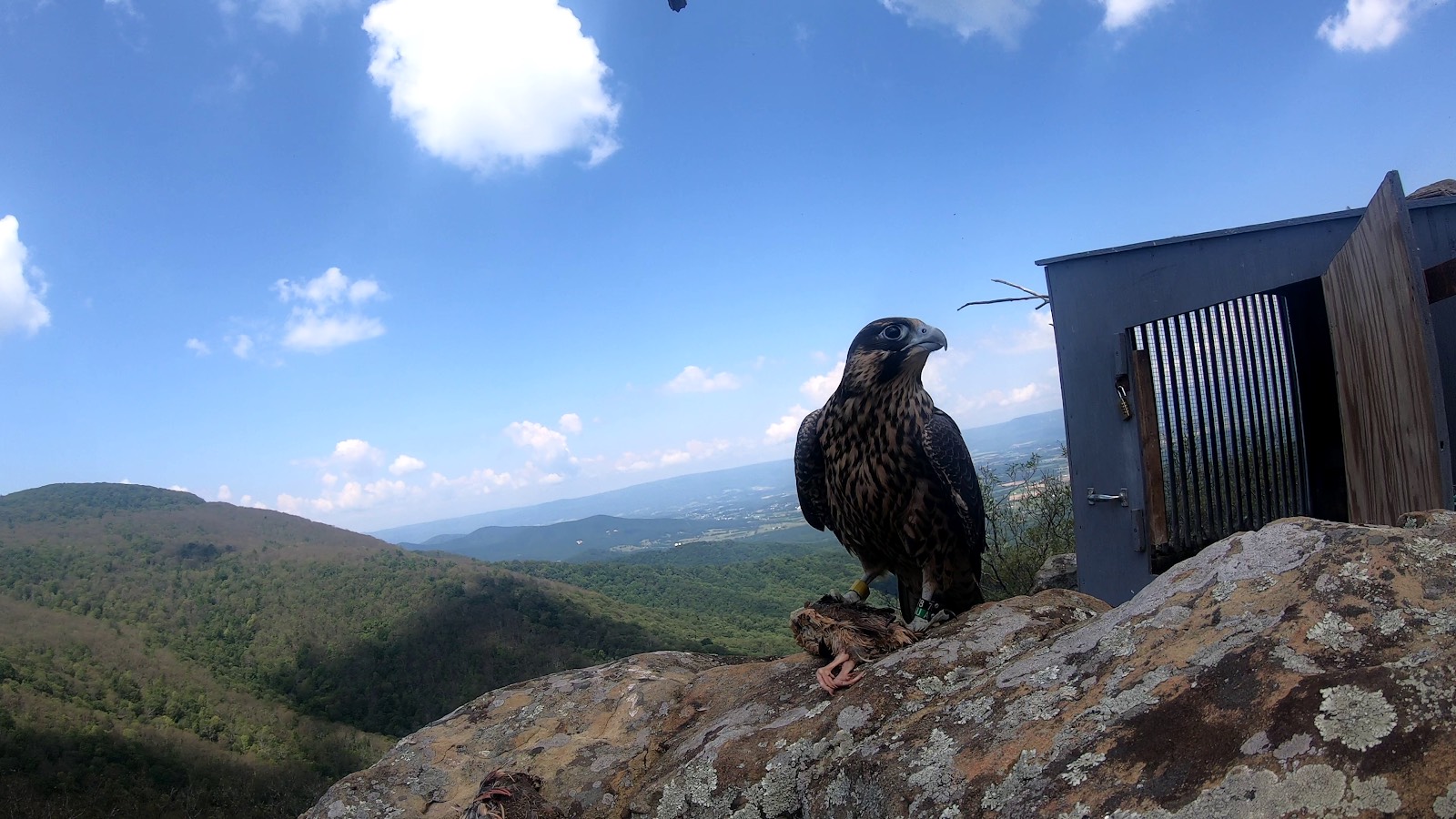 Yellow at the hack site in Shenandoah National Park on 6/25, the day that the box was opened. Photographer: Katie Fowler. 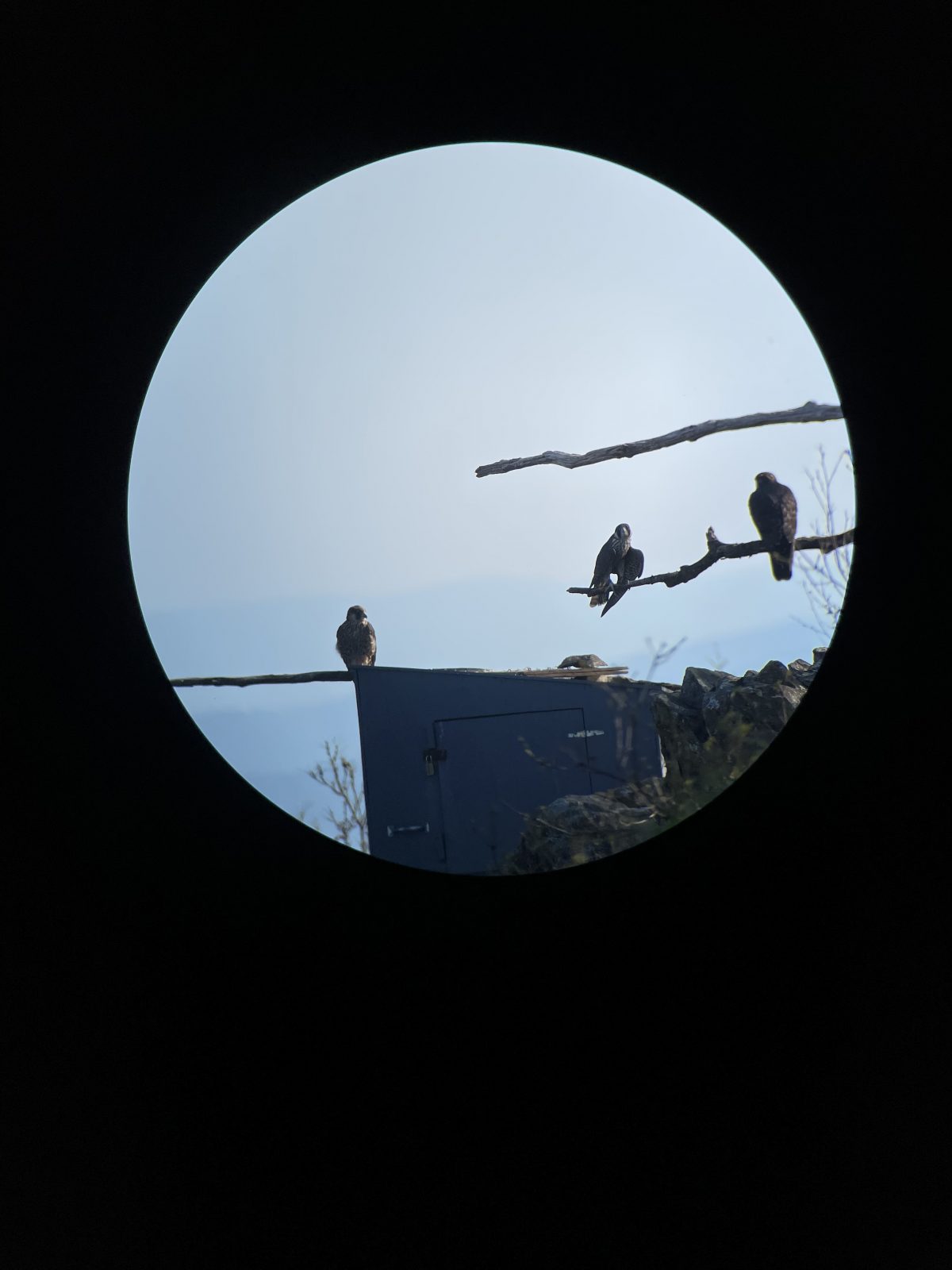 Yellow on 6/30, five days after the hack box was opened. Hack site attendants report that on this day she was the first to return to the box after they put out food for the falcons. She was shortly joined by two of the Virginia Beach juveniles. Photographer: Cat McGrath.