The tiny Town of Paint Bank was once a bustling community back when coal and iron ore were king and people and products loaded rail lines. In recent years, the busy town has turned into a bastion of peace and quiet. The rail depot is now a bed-and-breakfast; the general store still caters to the community and to visitors; and the mountains flatten out enough to be called “fields where buffalo roam.” The simple act of crossing Potts Mountain leads to a tranquil haven. If peace and quiet and a strong dose of old-time hospitality are not enough to attract visitors, the county is bursting with abundant wildlife. In downtown Paint Bank, white-tailed deer and ruby-throated hummingbirds compete over flowers. The hummingbirds take the nectar while the deer feed on the blossoms. Raptors are guided south by the surrounding ridge tops every fall; these ridges serve as excellent vantages to watch raptors travel by the thousands. Even the ghosts of the mining-past, the open mines that once occupied hundreds of workers’ lives, have reverted back to fields, ponds and marshes. Harvey’s Knob Overlook is a popular hawk-watch site along the Blue Ridge Parkway. Located at 2524 feet, this site is heavily visited in the fall by local birders enraptured by migratory raptors. In addition to large numbers of broad-winged hawks that are in greatest density during mid-September, look for osprey and bald eagle. Accipiters, such as sharp-shinned and Cooper’s hawks, peak in numbers during the month of October. Falcons such as peregrine falcon and merlin are seen in smaller numbers during this time. Later in October and into November, look for red-tailed and red-shouldered hawks, with a possibility of seeing an occasional golden eagle or northern goshawk. Non-raptor species, such as common nighthawk, 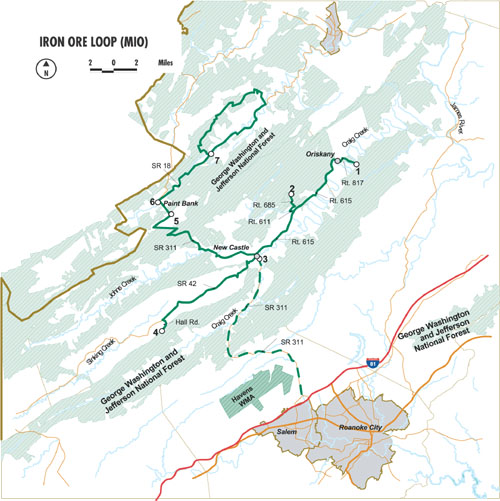