Nuisance Bats in Homes or Buildings

Bat problems in houses or buildings usually occur when either an individual bat is found in the house or a colony of bats is found in the attic. Each situation calls for specific tactics to resolve the problem. 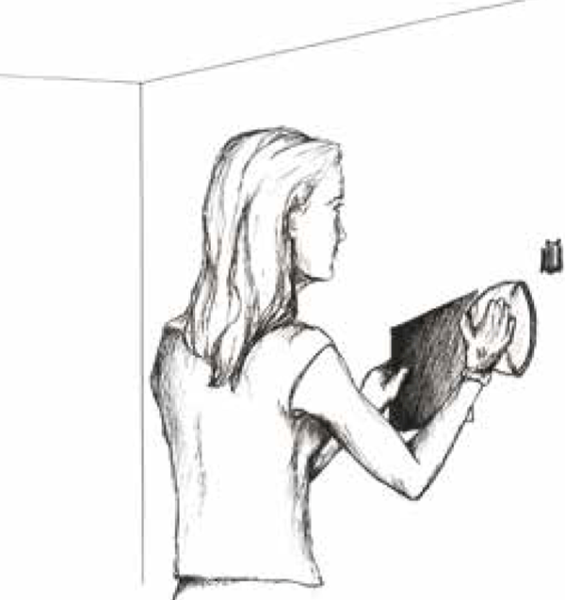 Proper method for capturing a bat.

Occasionally, individual bats will enter a home during the summer months when a door or window is left open. These situations are easy to deal with by allowing the bat time to find its way back out. Trying to chase a bat out of a room will only complicate the issue by distracting the bat from finding its way out and prolonging the incident. The bat will usually circle a room several times looking for an exit. In a situation like this, it is best to close off the room and open all windows and doors leading to the outside. Leave the lights on and watch from a side door or window to see that the bat leaves.

If the bat tires and lands on the wall or curtain, you can capture the bat and release it outside without directly touching it. If you try to capture a bat in a house, you should wear leather gloves and use a container to trap the bat. A large plastic bowl and a stiff piece of cardboard work well. Place the bowl over the resting bat and slide the rigid cardboard between the bowl and the wall. While keeping a tight seal on the bowl with the cardboard top, carry the container outside. It is best to release the bat on a raised surface (tree trunk or wooden fence post) to avoid potential predators and help the bat take flight. Most bats prefer to drop from a perch to fly as opposed to taking off from the ground. It may take several moments for the bat to orient itself before flying off.

On the other hand, you may discover a colony of bats residing in your attic: unless you frequent your attic you may not have discovered them until they had been there for weeks. Generally, these are maternity colonies comprised of females and their young. Females become pregnant in the spring; they have babies in early to mid-summer; and the young will be volant (able to fly) by mid- to late-summer. Most colonies found in attics will leave in the fall for their preferred winter hibernacula. Temperatures in attics are usually too variable in the winter to provide good hibernating roosts, thus bats will generally not stay through the winter.

While “bats in your attic” may be unwanted guests, these maternity sites are important to the species. With this in mind, allowing a maternity colony to stay until the fall, when they will leave, can be beneficial to the species. If you choose this alternative, then you should close off any access points into the house from the attic until the bats have left.

The only effective way to keep bats out of your attic is to close off all entrances. Though professionals can remove bats from attics, this is not a permanent solution unless all openings are sealed.

Excluding bats from your attic is a two-step process. First, you must identify all the openings bats are using to enter the attic. Position several individuals around the house, and observe bats exiting in the evening. Each individual should have a flashlight and a pencil and paper to take notes and document where the bats are exiting. 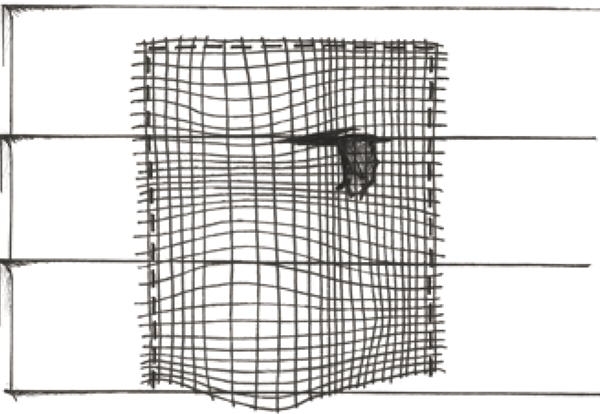 Example of a one-way door. Note opening at bottom.

After all openings are identified, they need to be sealed. First, install a one-way door over one of the openings to allow the bats to leave, but not reenter. This will alleviate the potential for trapping bats inside the attic. One-way doors can be constructed by using ¼ to ½ inch hardware cloth to form a tunnel around the opening. The tunnel should run 18 to 24 inches below the hole, opening toward the ground. Once you are certain the bats have left the attic and are not able to return, the one-way door can be removed and the opening sealed. When sealing large holes or louvered vents, hardware cloth with a ¼ to ½ inch mesh is recommended. Smaller areas should be sealed with caulking compound or foam insulation. Timing is very important when sealing off access to an attic. You do not want to exclude the females from the attic in the middle of the summer when pups would be trapped inside. This would eventually result in their death and, as the young decompose, you would have to deal with odor and other health problems. The best time to exclude bats from an attic or building is either before they enter in the spring or after they have left in the fall.

In this section, we have provided an introduction to dealing with bats in your house or attic. We have not covered all aspects of this issue, however, and we refer you to the Nuisance & Problem Wildlife section to find more information related to dealing with nuisance bats.