The youth and apprentice deer-hunting weekend resulted in a harvest of 3,147 deer. Archery hunters took 14% of the total deer harvest while muzzleloading deer hunters and firearms hunters took 23% and 63% of the total harvest, respectively. For the first season ever all deer were reported using the Department’s electronic harvest reporting systems (telephone, online, and mobile app) through the Go Outdoors Virginia portal.

According to Deer Project Coordinator Matt Knox, the decline in the deer harvest in fall 2021 was probably the result of unusually warm and very dry weather across much of the state. Knox noted that deer hunters tend to deem that deer are less active during warm, dry weather and may be less likely to go hunting on those days. Knox also noted that, over much of the state, the Department is aggressively managing to reduce deer populations which, if successful, would also result in reduced fall deer harvest numbers in the future.

Data presented in this summary are preliminary and do not include deer taken during the late urban archery or special late antlerless-only deer seasons. Data also do not include deer taken on out-of-season deer kill permits or those deer hit and killed by vehicles. Persons interested in more information on Virginia’s deer management program can find the Department’s Deer Management Plan. 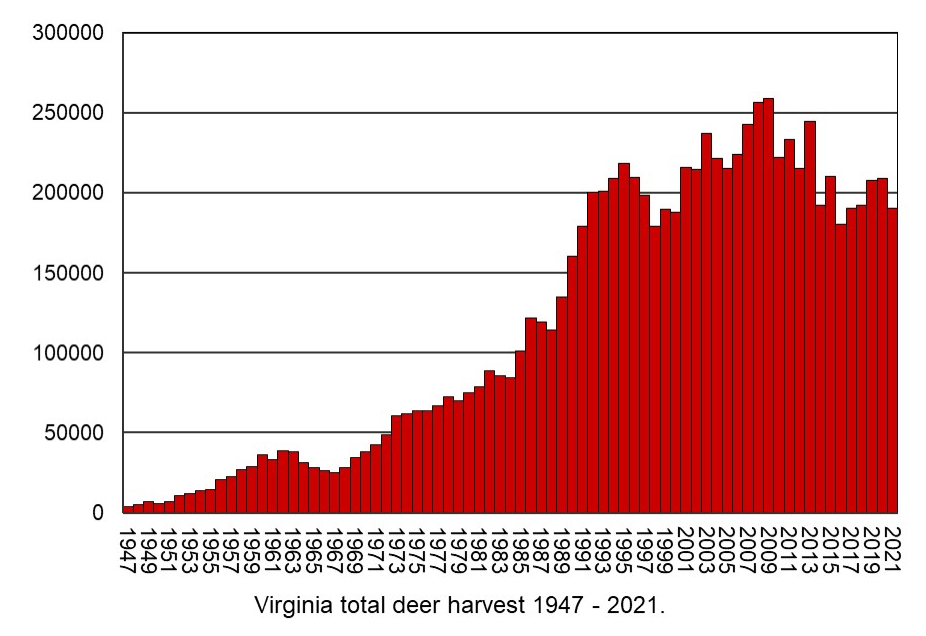