What is Virginia Doing about CWD?

Chronic Wasting Disease (CWD) has the potential to negatively impact deer herds wherever the disease occurs. CWD is always fatal and could have serious negative impacts on the state’s deer population if it became established and widely prevalent (Almberg et al. 2011).

CWD infection decreases deer survival odds and lowers total life expectancy (Miller et al. 2008; Edmunds et al. 2016). If a large percentage of the population becomes infected there could be negative impacts on the population, such as: 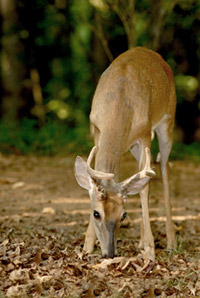 The Department is concerned about the impact CWD could have on Virginia’s deer herd; once CWD has become established in an area, its persistence in the environment makes eradication extremely difficult, if not impossible. Taking action to keep the percentage of infected animals low helps to prevent (or at least slow) the spread of CWD to new areas, and also helps to slow the transmission of the disease between individuals.

Understanding the Spread of CWD

Differences in animal behavior between the sexes and age classes results in different rates of disease spread. 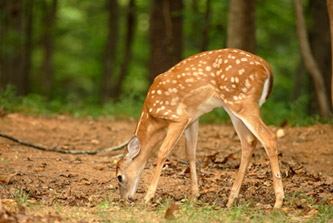 Due to the nature of the prions which cause CWD (please see the What Are Prions? page for more information), there is no vaccine available to prevent infection and no known treatment for infected animals. However, research suggests that management of CWD should be attempted.  Below are some best practices for the management of CWD.

Doing nothing to manage CWD is not a satisfactory option! This has been shown by a number of studies that have examined hunters’ attitudes toward current and potential strategies for managing CWD (Vaske 2010). Among hunters in most states and studies these were the predominant three opinions:

(A) Testing harvested animals for CWD and using hunters to reduce herds in CWD areas were acceptable strategies.

(B) Taking no action and allowing CWD to run its course were unacceptable strategies.

Hunters also generally supported efforts to minimize the spread of CWD and eliminate the disease from animal herds (Vaske 2010).  A survey conducted in Virginia following the discovery of CWD in Frederick County in 2009 concluded that respondents supported five out of seven potential strategies to control CWD in affected areas, including mandatory disease testing of hunter-killed deer, deer feeding prohibitions, deer carcass movement restrictions, restrictions on deer rehabilitation, and reduction of deer populations using hunters (Virginia Department of Game and Inland Fisheries 2010, unpublished data).  The strongest opposition was recorded for the option to attempt nothing in order to manage CWD (79 % opposed, 8% supported).  Additionally, respondents did not support the use of sharpshooting to reduce localized deer populations (42% opposed, 36% supported, 22% were neutral).