Between 2002 and 2020, over 27,000 free-ranging white-tailed deer in Virginia have been tested for chronic wasting disease (CWD).  Below is a summary of CWD surveillance efforts in Virginia since 2005. 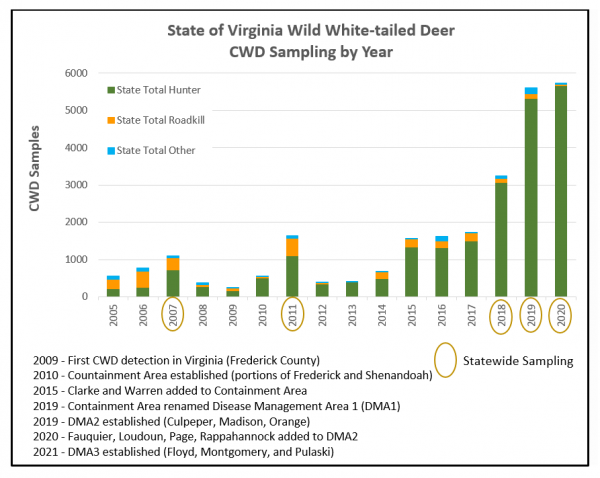 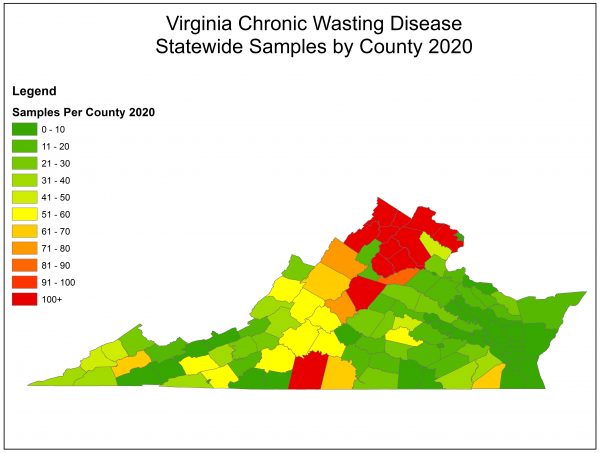 Once CWD is confirmed in a new county or within 10-miles of the boundary of an existing Disease Management Area (DMA), a 10-mile buffer is drawn around the detection.  All counties included within the 10-mile buffer are incorporated into either an existing DMA or into a newly created DMA.  CWD monitoring within a DMA consists mainly of  hunter-harvested (methods of collection include taxidermists, processors, and voluntary testing) and road-kill deer.  Both male and female deer and all age classes (with the exception of fawns) are tested.  The map below shows the 2020 – 21 sample distribution for DMA1, DMA2, and surrounding counties. 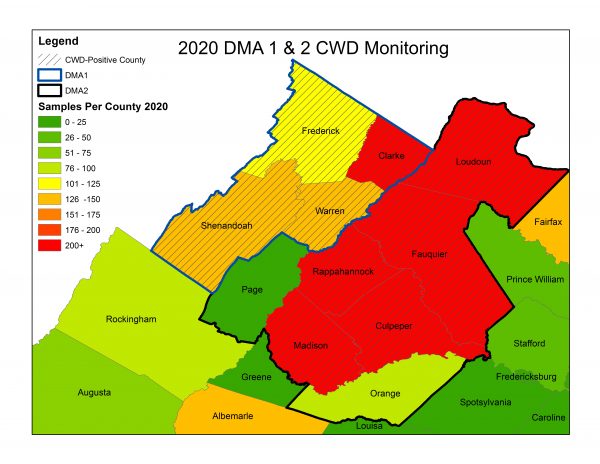 The map below shows the location of Virginia’s CWD-positive deer from 2009 to 2020. During the first few years of Virginia’s CWD outbreak, infected deer were found in a small cluster located very close to the West Virginia state line. Beginning in 2013, CWD-positive deer began to be detected southeast of the established cluster. Since then, the disease has spread in an east/southeast direction. There are currently four counties included in Disease Management Area 1 (Clarke, Frederick, Shenandoah, and Warren) and seven counties included in Disease Management Area 2 (Culpeper, Fauquier, Loudoun, Madison, Orange, Page, and Rappahannock). 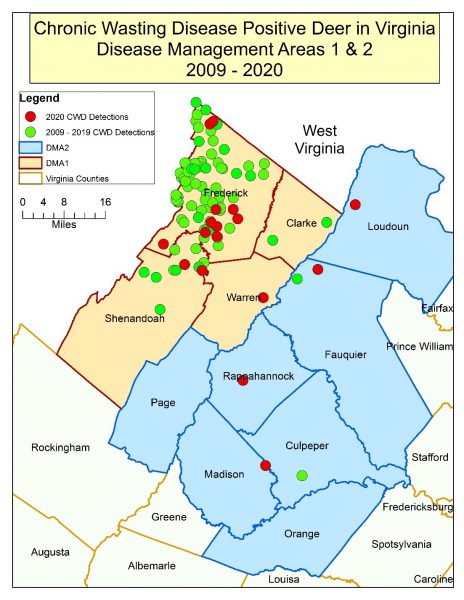 As a result of DWR’s statewide CWD surveillance efforts, CWD was detected for the first time in Montgomery County during the 2020 – 2021 deer season.  To investigate the status of the disease in the local deer population, DWR is planning an extensive CWD testing effort throughout DMA3 and in certain surrounding counties during the 2021-22 deer hunting season. 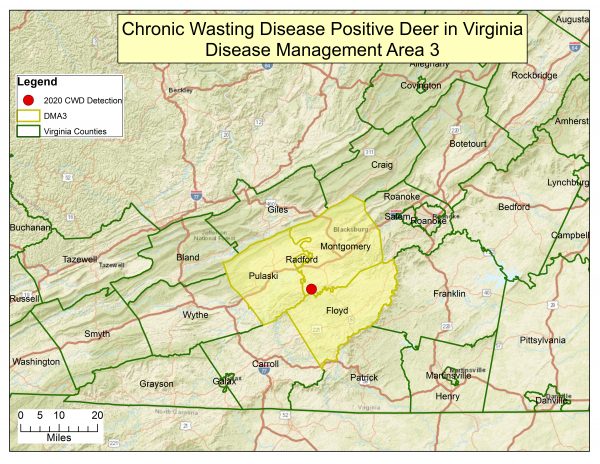 The table below outlines the timing and location of CWD detections in Virginia.

* Reduced detections are reflective of a shift in surveillance effort and focus away from core-affected counties (i.e. Frederick County) to counties where the disease is not yet established. 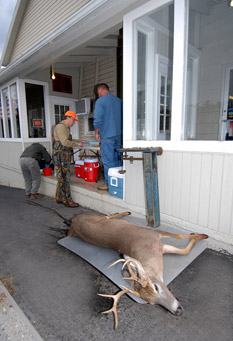 Above: A deer is checked and sampled at a CWD sampling station. Photo credit: DWR 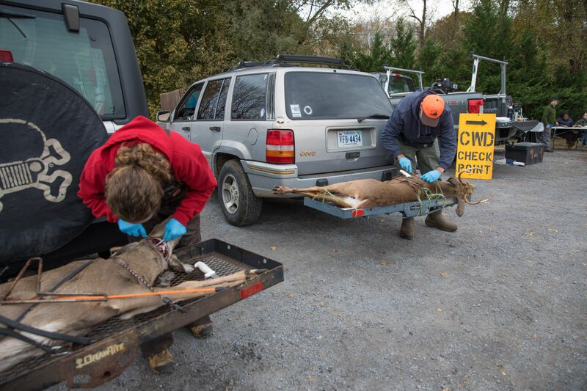 Above: Tissue samples are collected for testing at a CWD sampling station.      Photo credit: DWR