Elk brought to Buchanan County, Virginia as part of the restoration effort were all fitted with large, plastic, colored ear tags (to assist with visual identification in the field) and radio-collars (to assist with tracking animal movements). Data on elk locations are collected every few days. This information enables DWR to:

The presence of a radio collar and ear tag(s) indicate that an animal is one that was captured and brought into Virginia  as part of DWR’s elk restoration efforts in 2012, 2013, and 2014. Many of the cows that the Department brought into Virginia have given birth to calves since their arrival.  These calves are not marked.

Some elk began crossing into Virginia from Kentucky soon after Kentucky began its elk restoration effort in the late 1990s. During DWR’s aerial surveys in 2014, two herds of these animals were seen in Wise County; one herd of twelve and a second herd of four. Since 1998, there have been verifiable reports of elk that were not brought into Virginia by DWR being seen or harvested in southwest Virginia counties, including Wise, Buchanan, Dickenson, Russell, Lee, Tazewell, Bland, Scott, and Washington. 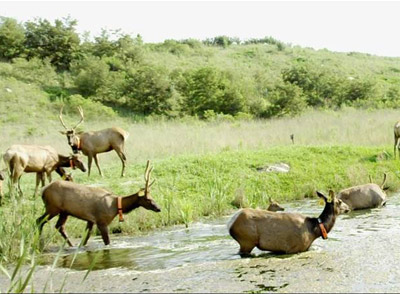 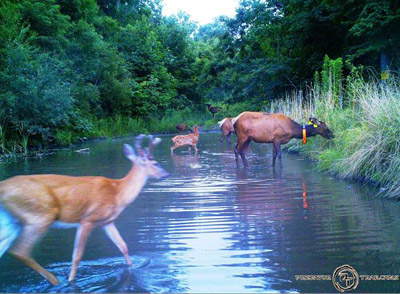