Habitat: Small-footed bats hibernate in locations that are very close to freezing and can be found in caves, rock fissures, under large boulders, and in mud cracks in the floors of cave passages.

Diet: The feeding habits of the small-footed bat have not been extensively studied. These bats feed on flies, beetles, true bugs, leafhoppers, and flying ants and have been observed feeding while flying in slow erratic patterns less than ten feet above the ground.

Distribution: The small-footed bat is found in the mountain regions of the western part of the state and is typically associated with rocky outcrops or boulder fields. 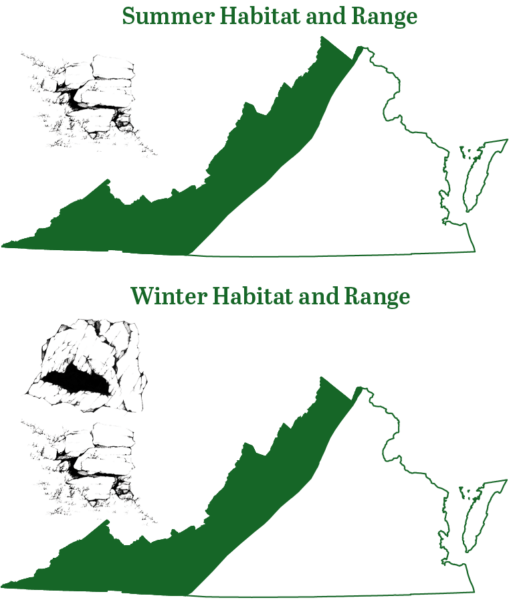 Little is known about the reproductive habits of this bat. It is believed that mating takes place before hibernation and that this is followed by delayed fertilization as frequently occurs in other Myotis species. Females form small maternity colonies in the spring, and it is thought that one pup is typically born each year, though twins occasionally are produced.