Diet: They are known to feed in groups after the young begin to fly, and they prefer to feed in open areas. Hoppers, damselflies, flies, beetles, and winged ants are some of the insects northern yellow bats feed on. 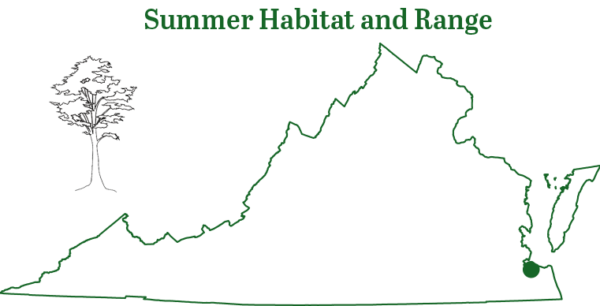 Occurs only incidentally in Virginia.