Habitat: Like northern yellow bats, Seminole bats can be found in clumps of Spanish moss. However, this species is less tied to Spanish moss and is found throughout most of the southeastern U.S. It prefers to feed over water courses and open areas. Like the northern yellow bat, there is only one record for Virginia; an adult female was captured in the Great Dismal Swamp in the fall of 1983.

Distribution: Occurs only incidentally in Virginia. 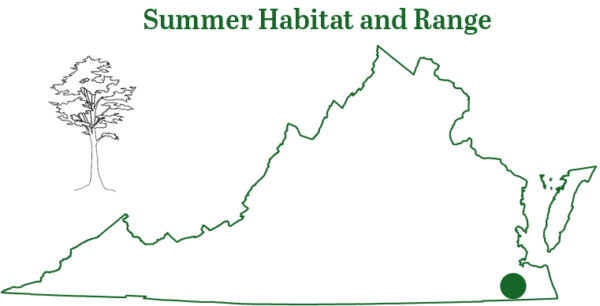 One to four young are born in late May to early June. The young become volant at approximately three weeks.

Occurs only incidentally in Virginia.