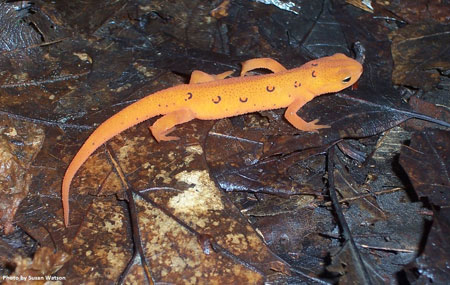 The U.S. Fish and Wildlife Service is amending its regulations under the Lacey Act to add all species of salamanders from 20 genera, of which there are 201 species (list included in below link), to the list of injurious amphibians. Both importation into the United States and interstate transportation between States of any live or dead specimen, including parts, of these 20 genera of salamanders are prohibited. This action is necessary to protect the interests of wildlife and wildlife resources from the introduction, establishment, and spread of the chytrid fungus Batrachochytrium salamandrivorans into ecosystems of the United States.

Please view this federal interim rule, which goes into effect on January 28, 2016, at the following link: