Fallfish: Little Tarpon of the Commonwealth 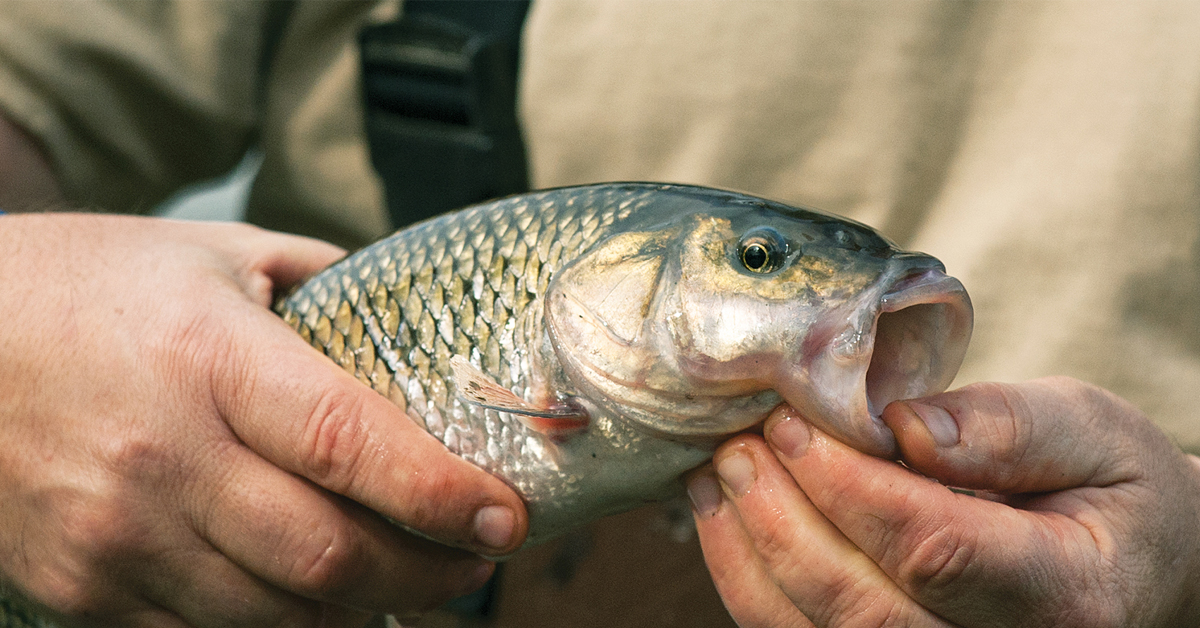 Photos by Photos by Sally Mills and Lynda Richardson/DWR 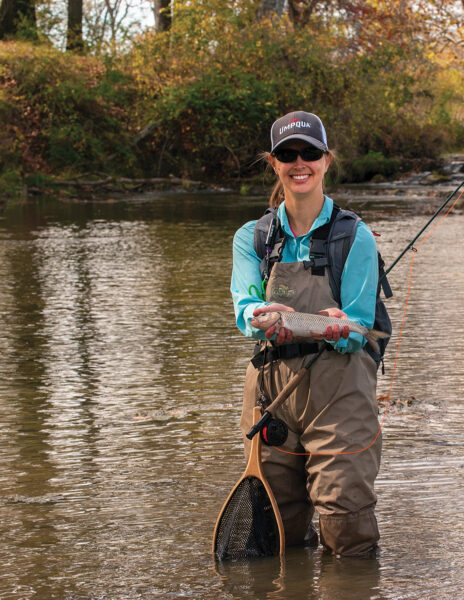 Every angler has an amazing fishing story.  For those who can afford it, few can compare to catching a tarpon.  The strike, the set, the explosion when the silvery giant leaps into the air is a yarn that can last a lifetime.  Although for many, such a trip is unaffordable and out of reach.  Luckily a closer, low-cost alternative is available to many Virginians.

In the inland rivers of the commonwealth lives a powerful swimmer that has been compared on a small scale (no pun intended) to this monster in both appearance and fighting ability.  It is one that can grow to 20 inches, weigh up to two pounds, and fights all the way to the net.  Its common name is the fallfish (Semotilus corporalis) but those who have tangled with this beast know it as the Shenandoah tarpon.

While the fallfish has many attributes shared with other freshwater game fish, it is categorized as a nongame species. The fallfish is actually the largest native minnow in the eastern United States.  Minnows are often thought of as small, delicate creatures and mainly as dinner for bigger, more aggressive species.  As a large, sleek, aggressive predator that feeds on insects, crayfish, and other fish, this minnow sets such a notion on its head.  Prior to the introduction of smallmouth bass and other sportfish, the fallfish was the apex predator in many streams and rivers. 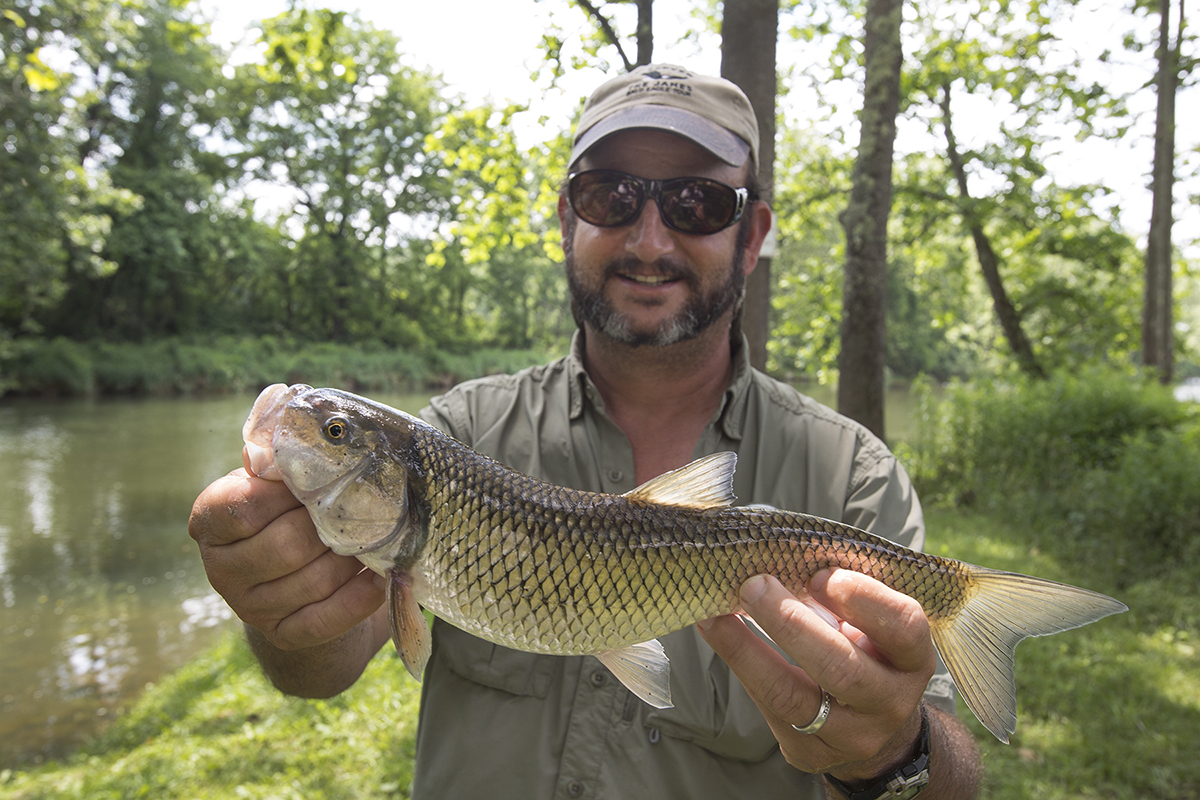 The fallfish ranges from Virginia to Ontario, Canada. In Virginia, it is known to inhabit the James, Potomac, Rappahannock, and York drainages.  A small, introduced population is also present in the Falling River of the Roanoke drainage.  In the northern portion of their range the species inhabits lakes and ponds, while more southerly fallfish are found in warm-water rivers and streams.  Both young and adults prefer pools and, occasionally, runs and faster water. 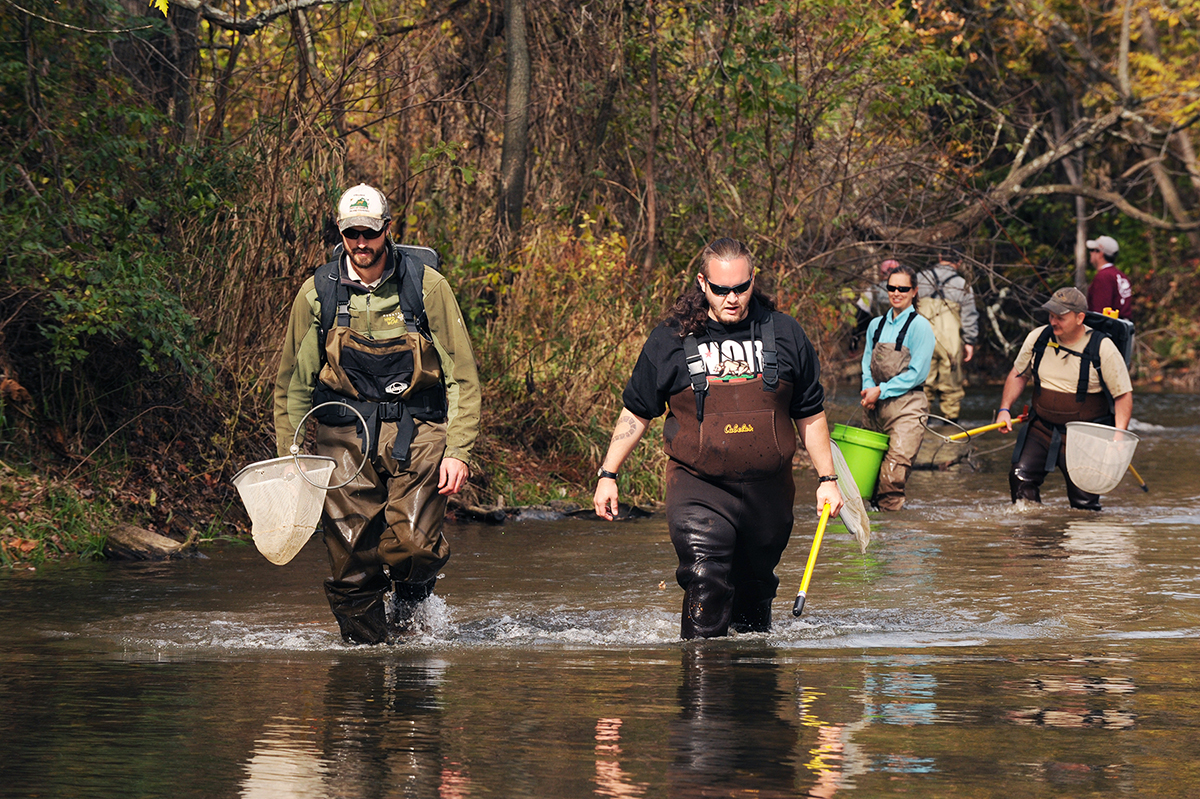 To have the “tarpon experience,” fallfish are best caught using ultra-light tackle or by fly fishing.   Anything that is used to catch panfish will work on them.  These include spinners, jigs, plugs, and even a big juicy worm.  Fallfish hit hard and fast and, once the hook is set, usually respond by leaping out of the water.  Because of their soft mouths, it is best to land them with a net.

The taste of fallfish is one of much debate.  Its flavor has been described as tasting like bland brown paper to sweet and delicate.  As a minnow, small thin bones support its flesh, so be careful.  Instead of making a culinary snap judgment, take it upon yourself to try fallfish using a favorite fish recipe.  You never know; it may become your signature dish!

For those who want to catch a hard-fighting fish like a tarpon, but never had the money or the time, think about giving fallfish a try.  It is as close as your local river, and once out there, your amazing fish story may be just a cast away.