HRBT July Update: Out of the Crèche and into the Corral 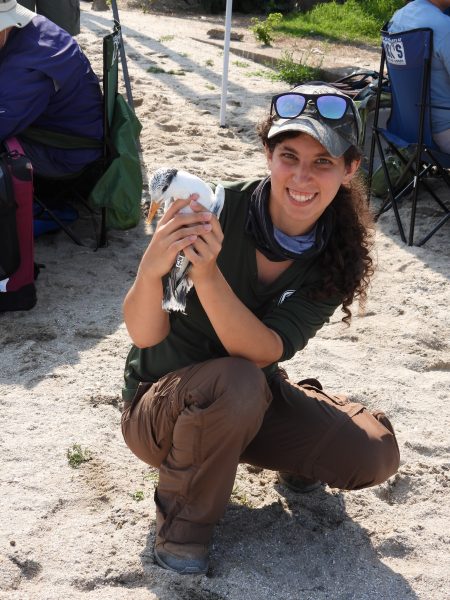 Welcome to the July update in our monthly series spotlighting the Hampton Roads Bridge-Tunnel Seabird Colony! Since a picture is worth a thousand words, this month we’re delivering a birds-eye view of the recent royal and sandwich tern banding efforts that took place on Ft. Wool. Thanks to the coordination efforts of Kelsi Hunt with the Virginia Tech Shorebird Program (who we introduced you to in last month’s blog post!), DWR staff, along with a special guest appearance from the Deputy Secretary of Natural Resources, Ann Jennings, we were able to band 3,213 royal tern chicks and 77 sandwich tern chicks. This was a truly monumental undertaking to achieve all in one morning and required the participation of close to 30 banders and volunteers to accomplish this feat.

This month I will keep the text short and let the birds do the talking via a special behind the scenes video highlighting all the banding action from the crèche to the corral! And remember, if you encounter one of our esteemed banded birds on the wing or in the wind, please report them via our online reporting form. Stay tuned for more updates next month (this post is now available, here)!

And as an additional bonus, I’ve included some of my favorite photos from the day, below! 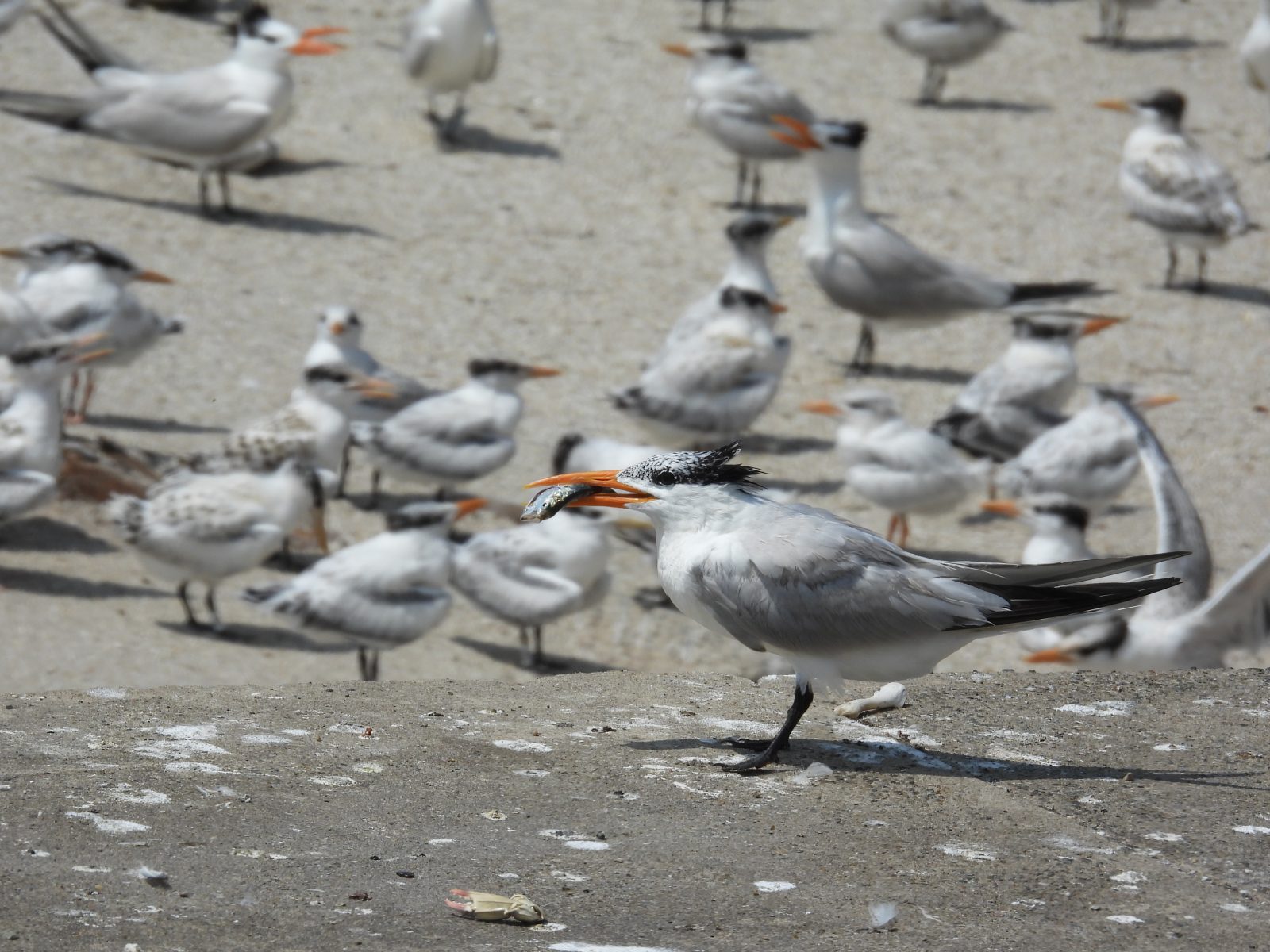 An adult royal tern with prey surveying the colony of birds below. Photo credit: Meagan Thomas. 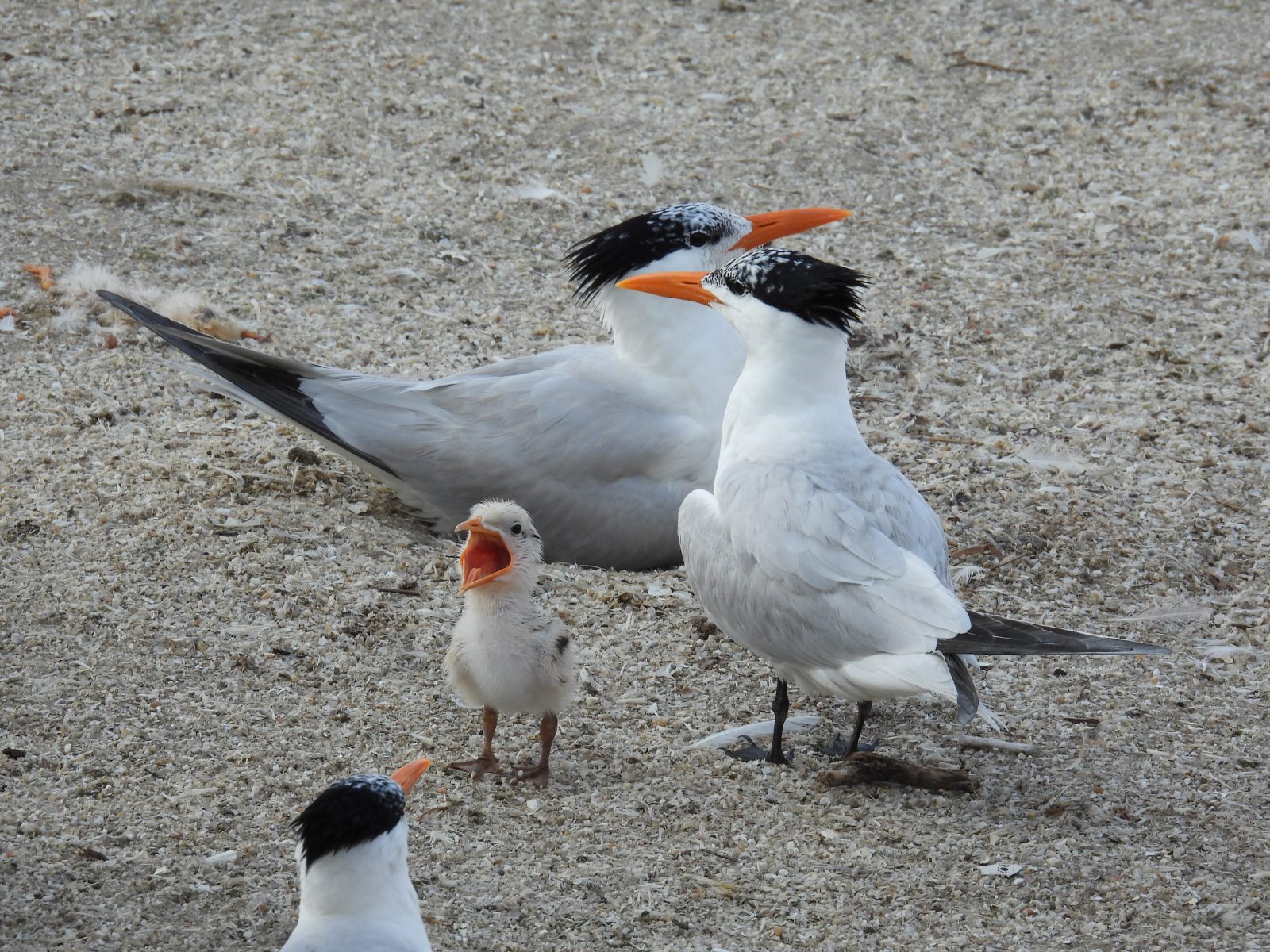 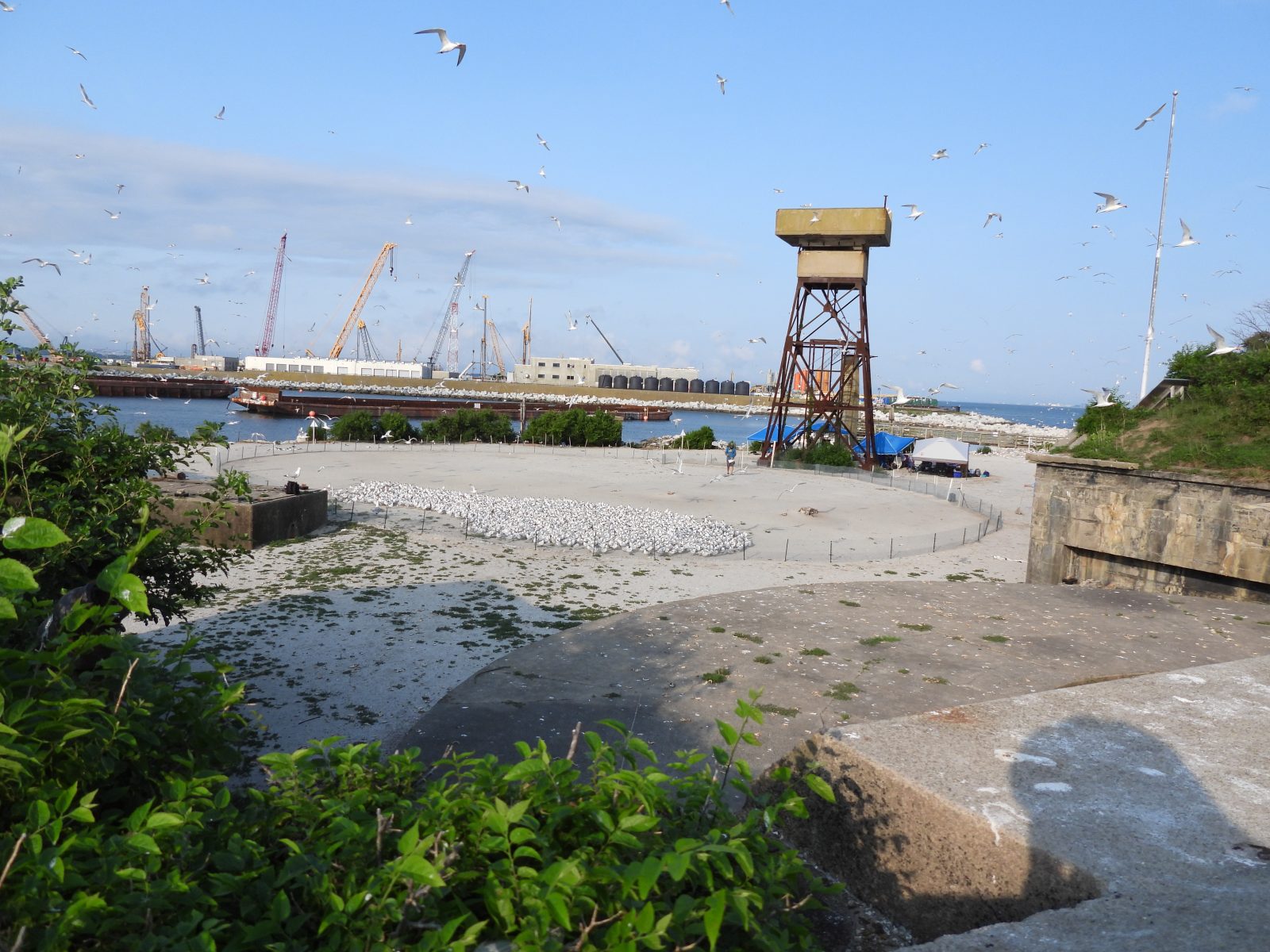 Above ground view of tern chicks in the corral prior to being banded. Photo credit: Meagan Thomas. 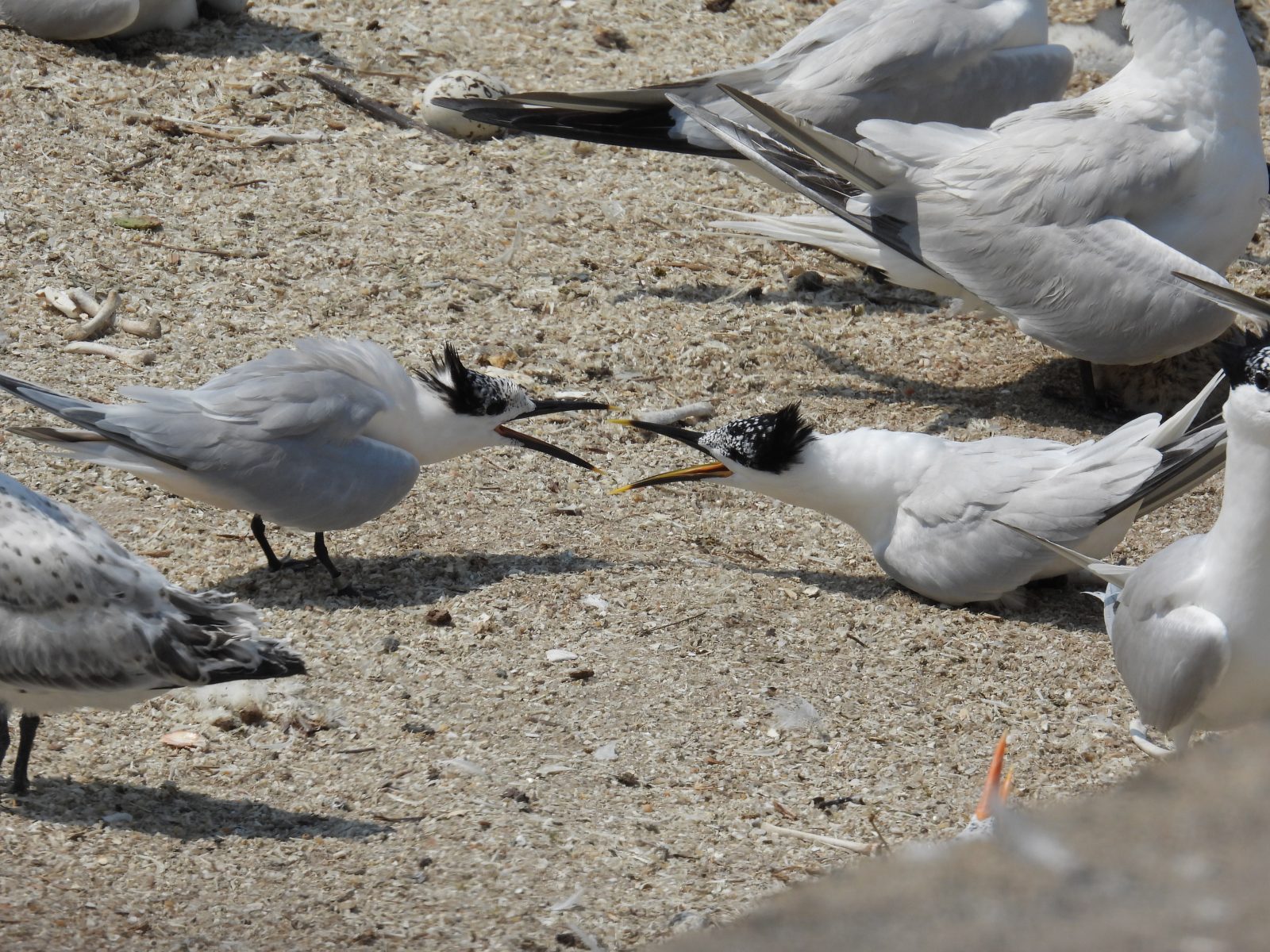 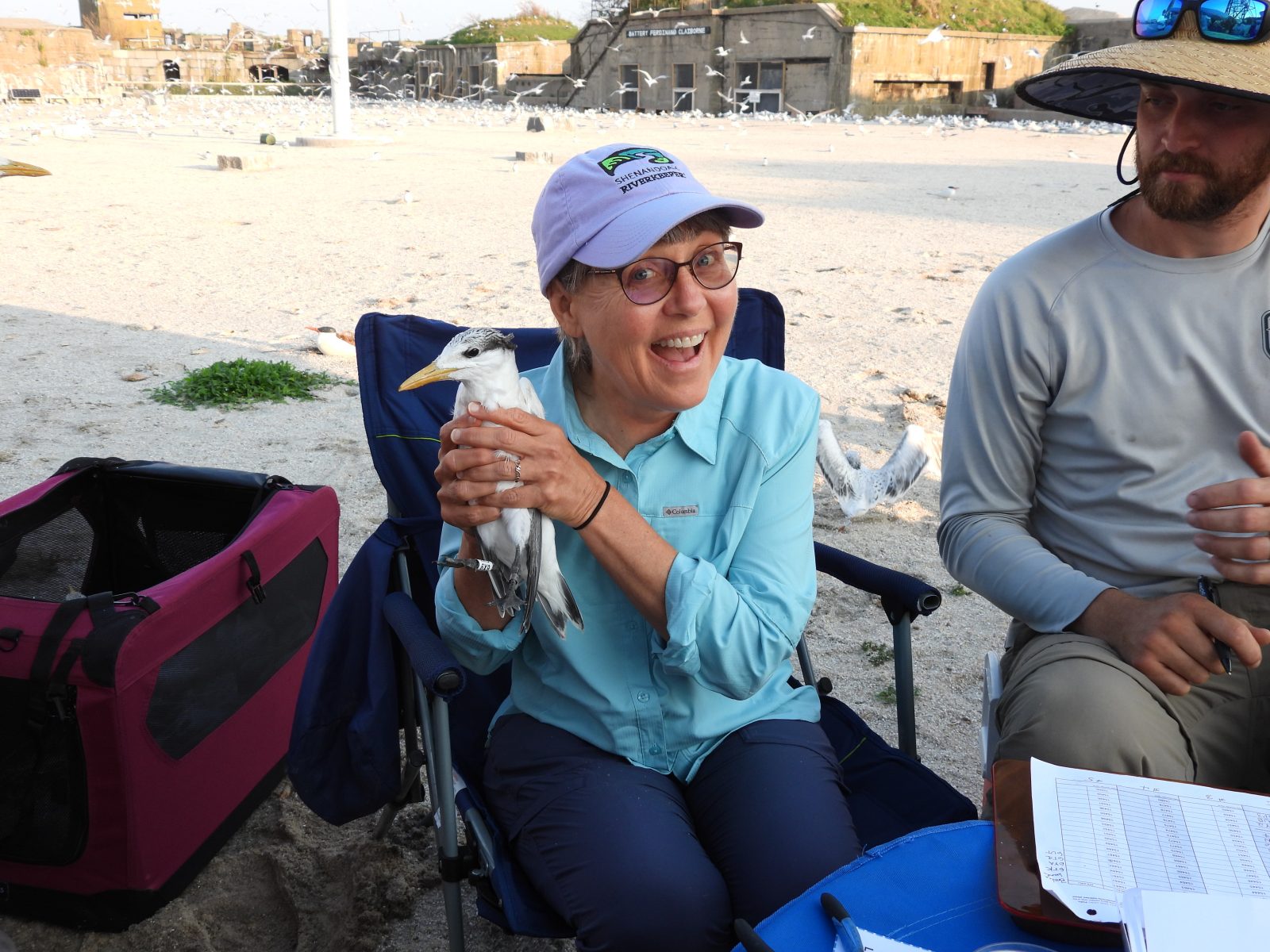 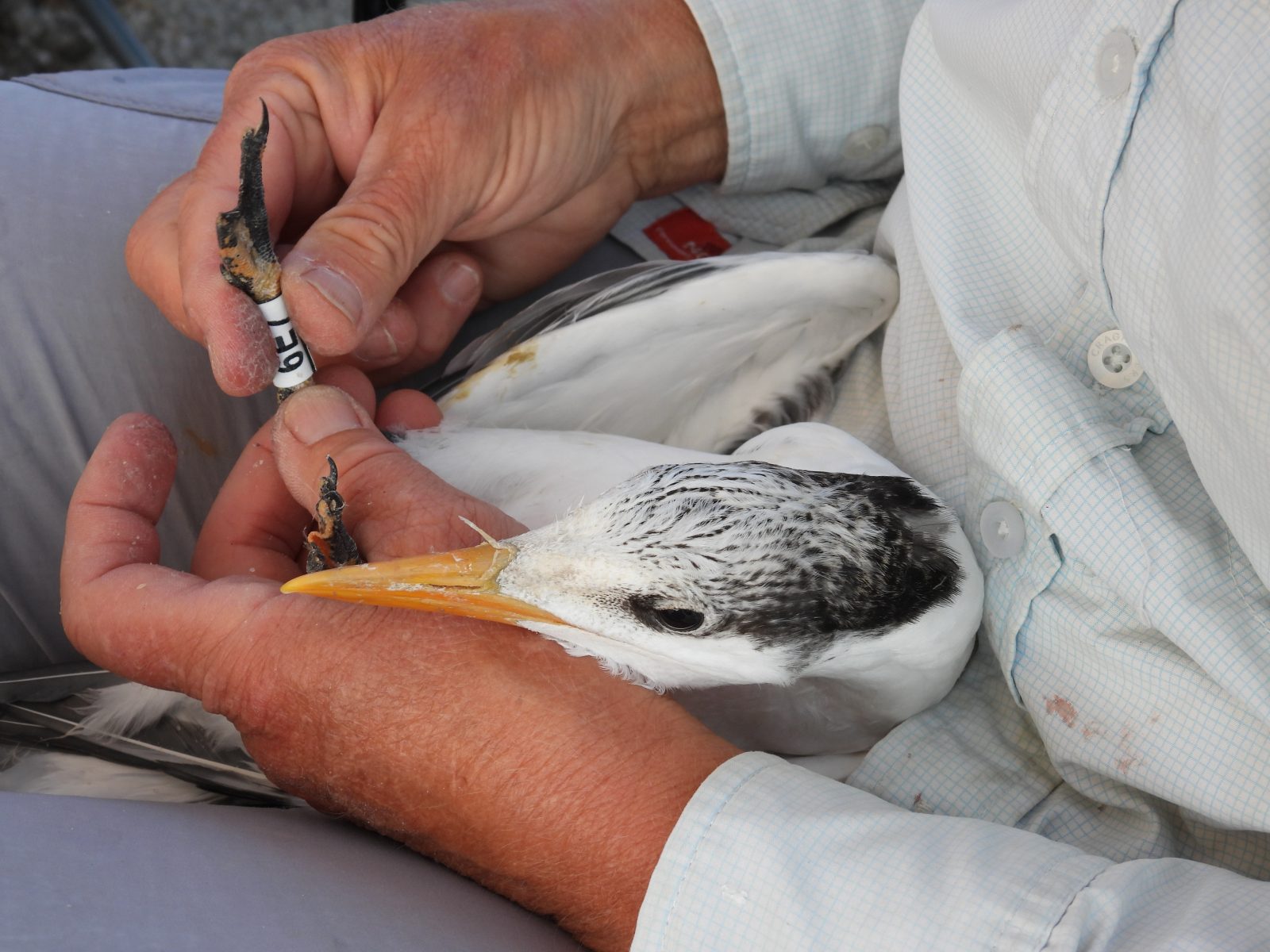 Royal tern chick in the process of having a band affixed to its leg. Photo credit: Meagan Thomas. 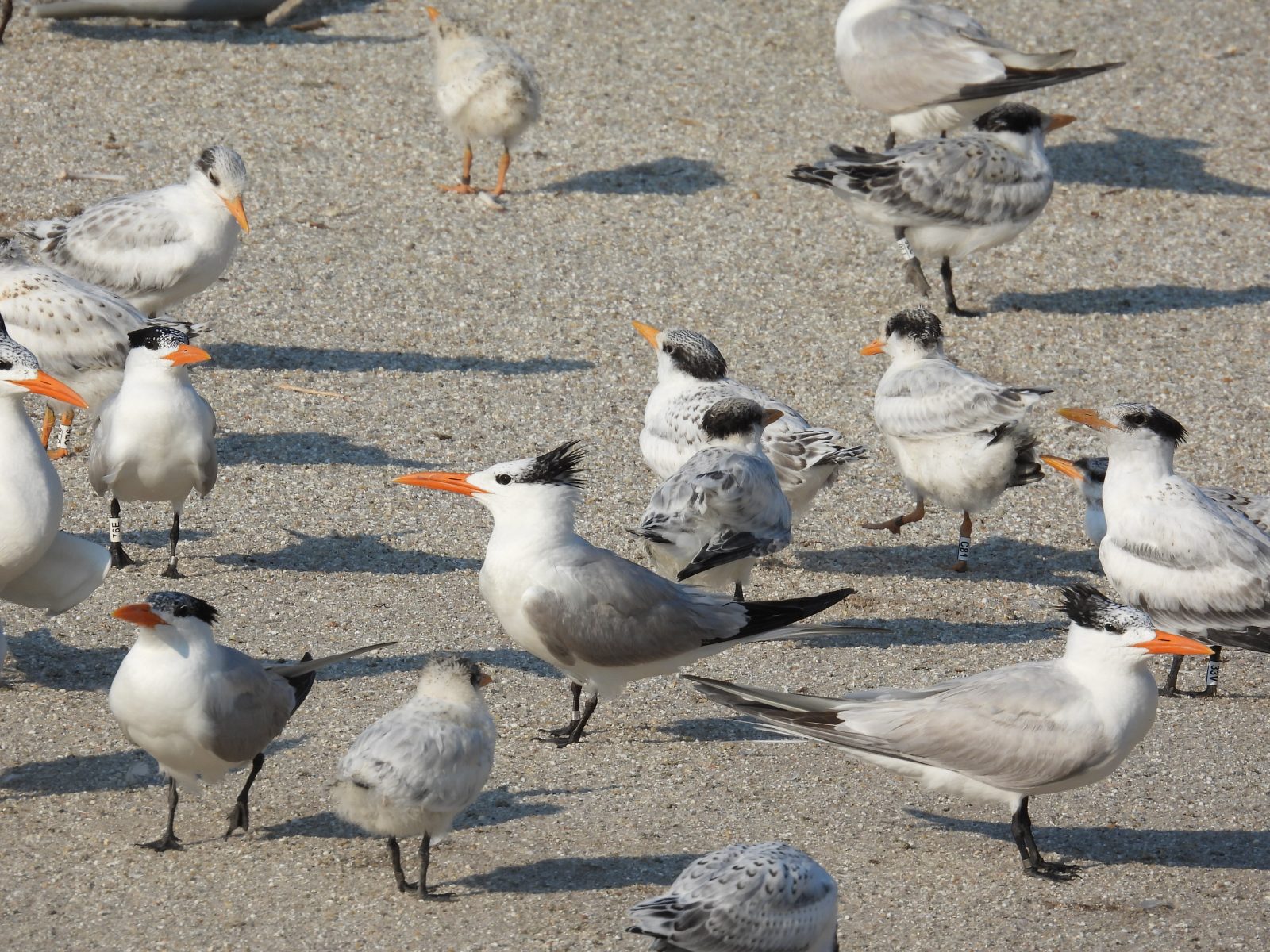 Royal tern chicks returning to the crèche after being banded. How many banded birds can you spot? Photo credit: Meagan Thomas.