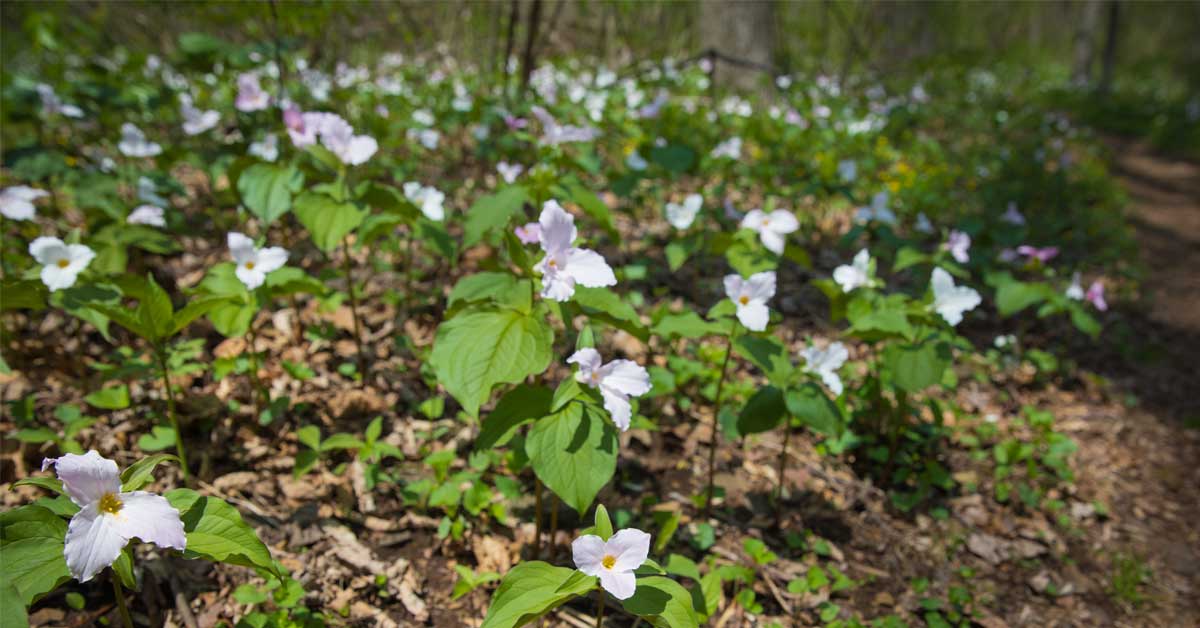 By Ron Hughes, DWR Lands and Facilities Manager for Region 4

The large-flowered trillium is the wildflower icon among wildflower enthusiasts and naturalists from all over the Mid-Atlantic region, maybe even the country and internationally!

The stand of trilliums that exists on this portion of the Blue Ridge Mountains encompasses an area of approximately two square miles and is unique because of the ridge-top and top-slope position and soil type on which this plant community grows.

It is the largest plant community of this kind in Virginia, and maybe anywhere else in the United States. 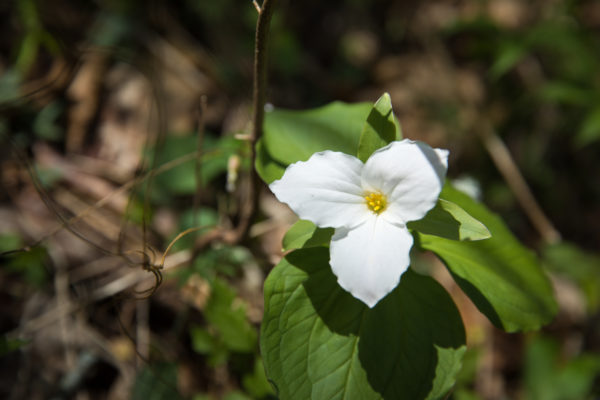 Large-flowered trillium and other wildflowers found at the Thompson Wildlife Management Area are more typical of rich hardwood cove and rich forested side-slope sites. But, the special soil type characterizing this site, and the fact this area was relatively undisturbed throughout history, drives this unique display of plants.

In the spring of 1990, by way of an agreement between the Department of Wildlife Resources (DWR) and the Virginia Native Plant Society, the area on Thompson WMA containing the trillium stand was the very first site placed on the then brand new Virginia Native Plant Registry. The Registry is a list containing all the lands throughout Virginia protected for their plant treasures and natural communities. The Native Plant Registry is a voluntary program that DWR recognized was of great significance to participate in to conserve some of Virginia’s natural ecosystems.

When to See Trillium at Thompson WMA

Typical peak blooming time for the trilliums at the Thompson WMA is the first week of May. This may vary a few days (up to a week in some cases) on either end of this typical blooming time and depends largely on spring weather conditions. For instance, warm springs push trillium blooming earlier and cold springs push blooming later. 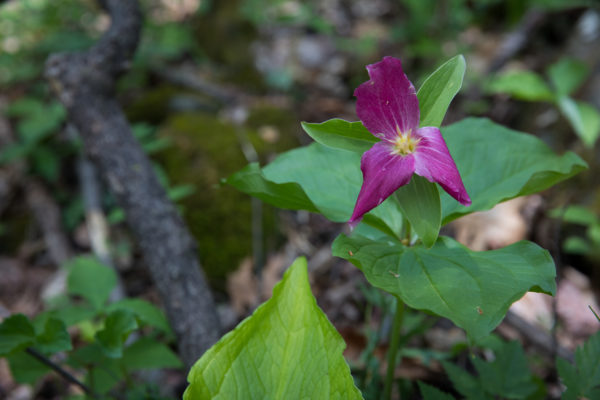 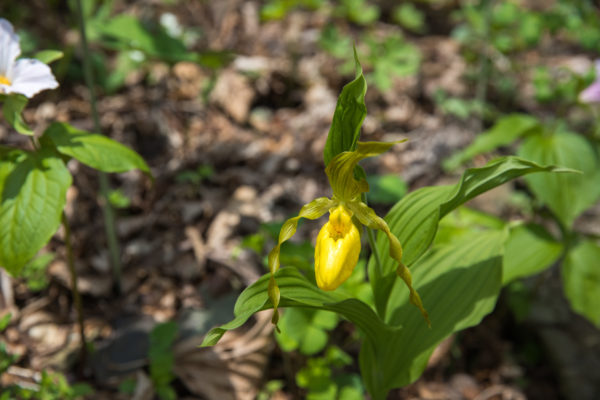 A great diversity of other wildflower species that will interest the naturalist occur throughout the area as well. For example, in mid-April (before trillium bloom) a nice display of blood root, trout lilies, and Dutchman’s breeches can be observed blooming in great numbers throughout the forest. Over the remainder of the spring and into early summer a plethora of other interesting rich forest plant species, like black cohosh and Canada lilies,  can be seen in bloom. 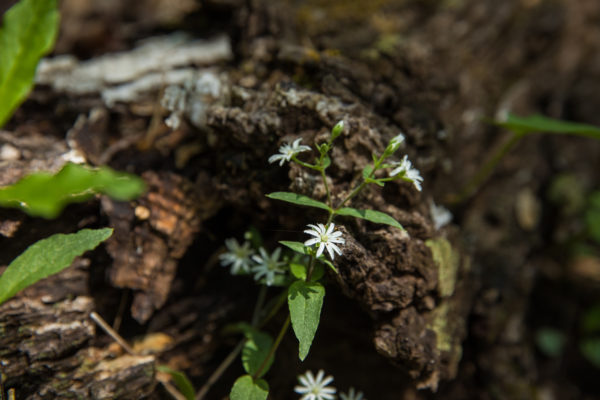 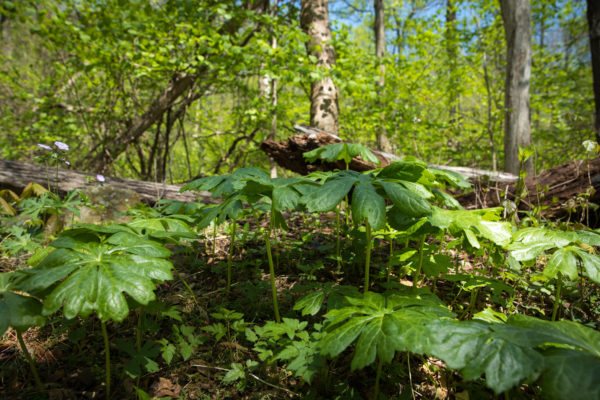 The Thompson WMA also contains a number of forested spring seeps that occur on the side slopes throughout the area. These places are rich in plant diversity and contain a few rare and endemic plant and invertebrate species. Several of these spring seeps are technically called seepage swamps, which is a rare and unique natural community here in Virginia. The Thompson WMA contains the largest seepage swamp (30+ acres) in Virginia that highly benefits from the protection DWR affords it.

Another great opportunity at the Thompson for the outdoor enthusiast is birding. During spring and fall migrations, and during the breeding season, the rich forest habitats of the Thompson WMA support a diversity of bird species, particularly forest dwelling neotropical migrants. A few of the most notable species include cerulean warblers, American redstarts, hooded warblers, Kentucky warblers, worm eating warblers, scarlet tanagers, oven birds, wood thrushes, veeries, rose-breasted grosbeaks, and a host of others. 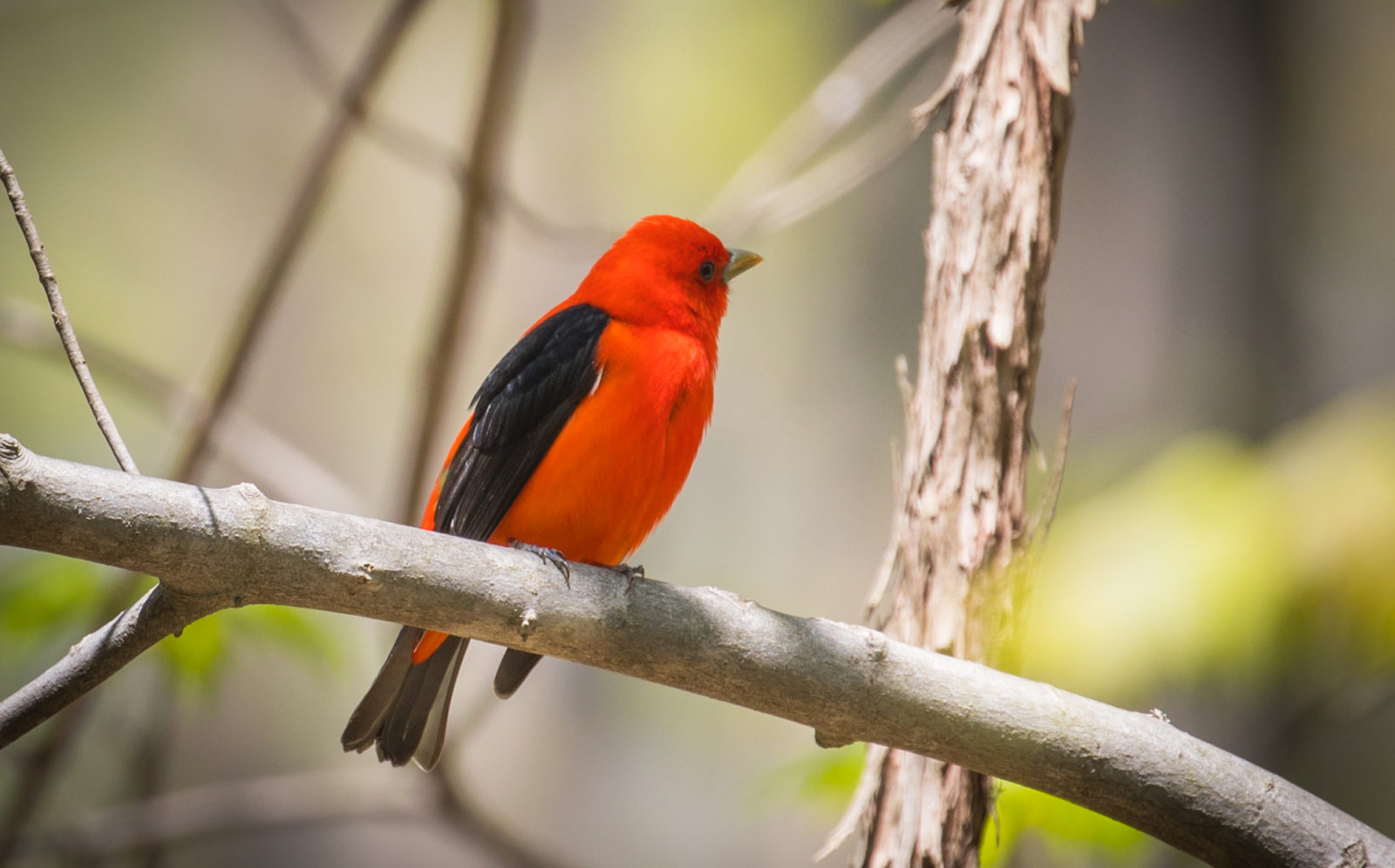 A scarlet tanager perches on a branch at Thompson WMA.

The Thompson WMA has an extensive network of public access facilities for the public to utilize. Eleven designated parking areas and miles of interior, administrative roads are present. The Marjorie Arundel Wildflower and Birding Trail is 1.2 mile loop trail located in the heart of the plant registry site. It is accessed from the Trillium Parking Area and follows a portion of an administrative access road, a short segment of the Appalachian Trail, and a segment of a short spur trail (Tower Spur Trail) splitting off the Appalachian Trail. The Appalachian Trail runs through the entire length of WMA.

Looking to explore a DWR Wildlife Management Area or lake? Considering getting a Restore the Wild membership!

DWR invites you to join us in our mission to ensure wildlife has healthy places to live and thrive.

Learn About Restore the Wild