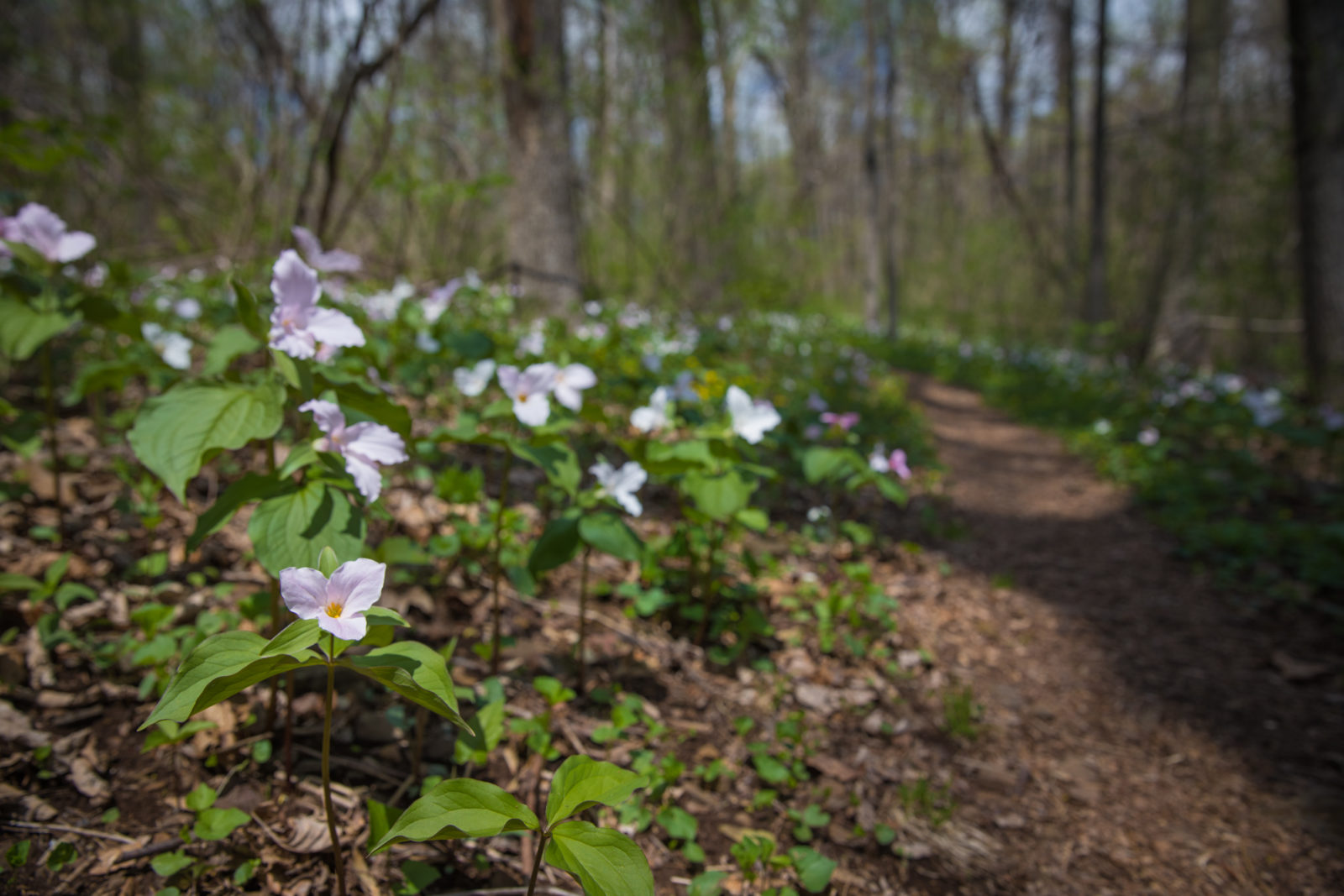 Situated within a convenient distance of Northern Virginia’s large, urban population but far removed in its setting — against the quiet eastern slope of the Blue Ridge Mountains — the G. Richard Thompson Wildlife Management Area is among the most popular of DWR’s lands. The opportunities to hunt, fish, view wildlife and spectacular displays of wildflowers, or hike a stretch of the famous Appalachian Trail, contribute to the area’s broad appeal.

The major portion of the management area’s two parcels, totaling nearly 4,000 acres, is located in Northwestern Fauquier County. Beginning at its lower reaches, the property rises in a series of steep inclines and benches to the crest of the Blue Ridge. The property’s long northwestern boundary closely follows the mountain crest, occasionally straying westward into Warren and Clarke Counties. Elevations range from 700 to 2200 feet. Though predominately a hardwood forest, there is some semi-open land at the lower elevations and at the top of the Davenport Tract. Terraced slopes on the lower portion of the area mark where rows of fruit trees once grew. Other physical features include numerous rock outcroppings, and several major streams and ecologically unique spring seeps. 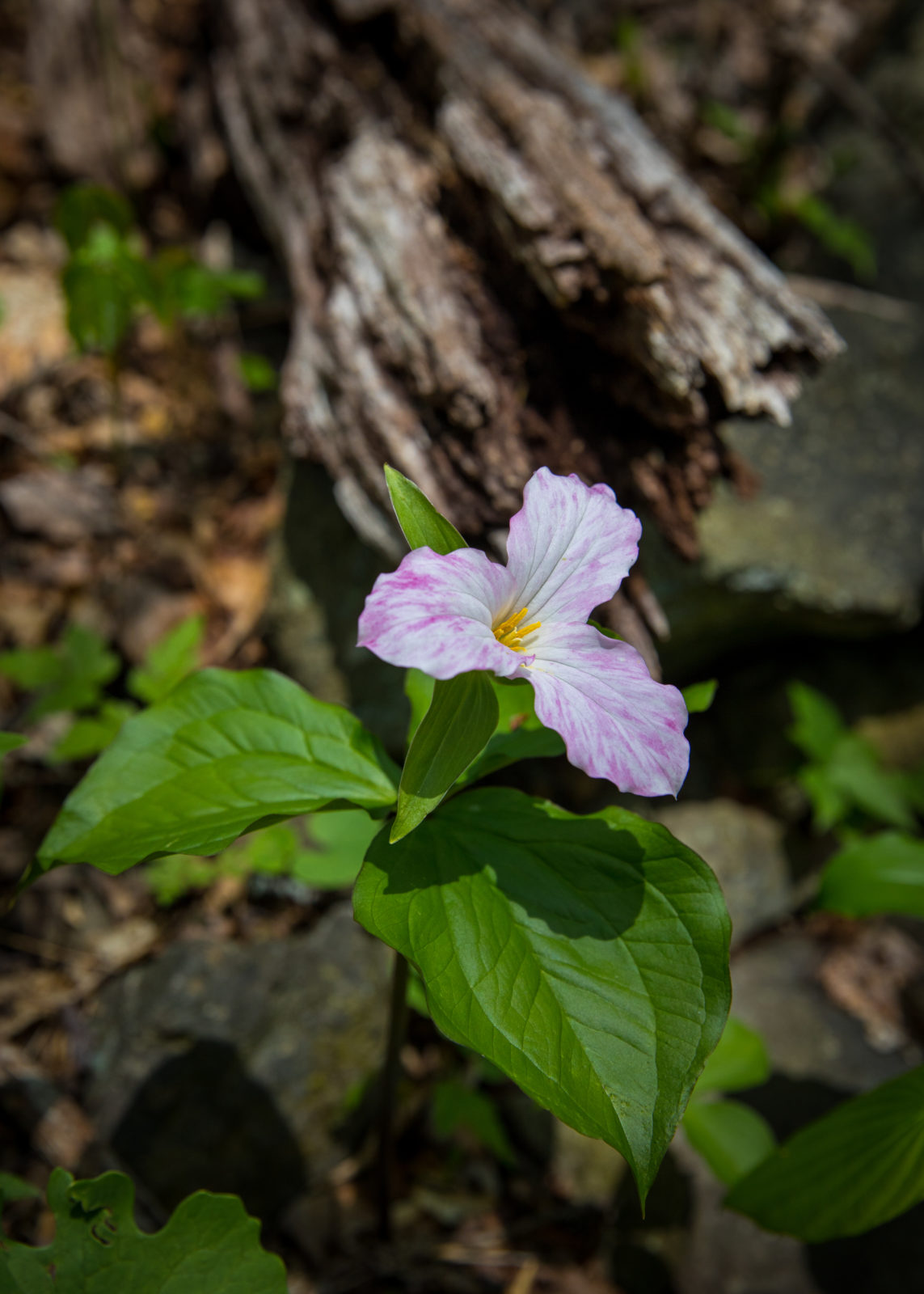 Deer are the most sought after game on the area (refer to the Hunting and Trapping in Virginia digest and/or posted rules for special deer regulations). There are also both fall and spring turkey hunting opportunities. Small game hunters will find squirrels to be plentiful and woodcock hunting along the brushy low-lying streams can be rewarding. Grouse in fair numbers can be found in the thickets around brushy old fields, old orchards and home sites, and regenerating timber harvests. Enhancements of wildlife habitat include timber harvesting and maintenance and development of early-successional habitat. Old home sites and overgrown apple orchards continue to provide habitat diversity. Remaining stands of mature oak, hickory, white ash, and other hardwoods provide ample mast and den trees.

The 10-acre Thompson Lake is a public fishing lake and designated “stocked trout water.” A trout stamp is required in addition to a fishing license. Handicapped parking is allowed at the lake and a small, unimproved boat launch is available.

By far the most popular springtime activity on the Thompson Wildlife Management Area is viewing wildflowers where, at the higher elevations, a remarkable display of large-flowered trillium occurs. Seven miles of the Appalachian Trail and the network of other trails and interior roads invite hiking. Semi-open, shrubby areas and open parking areas on the mountain crest provide bird watchers with the opportunity to watch the concentration of hawks that migrate across the area each fall. Adjoining Sky Meadows State Park offers additional mountain scenery, hiking and wildlife viewing. 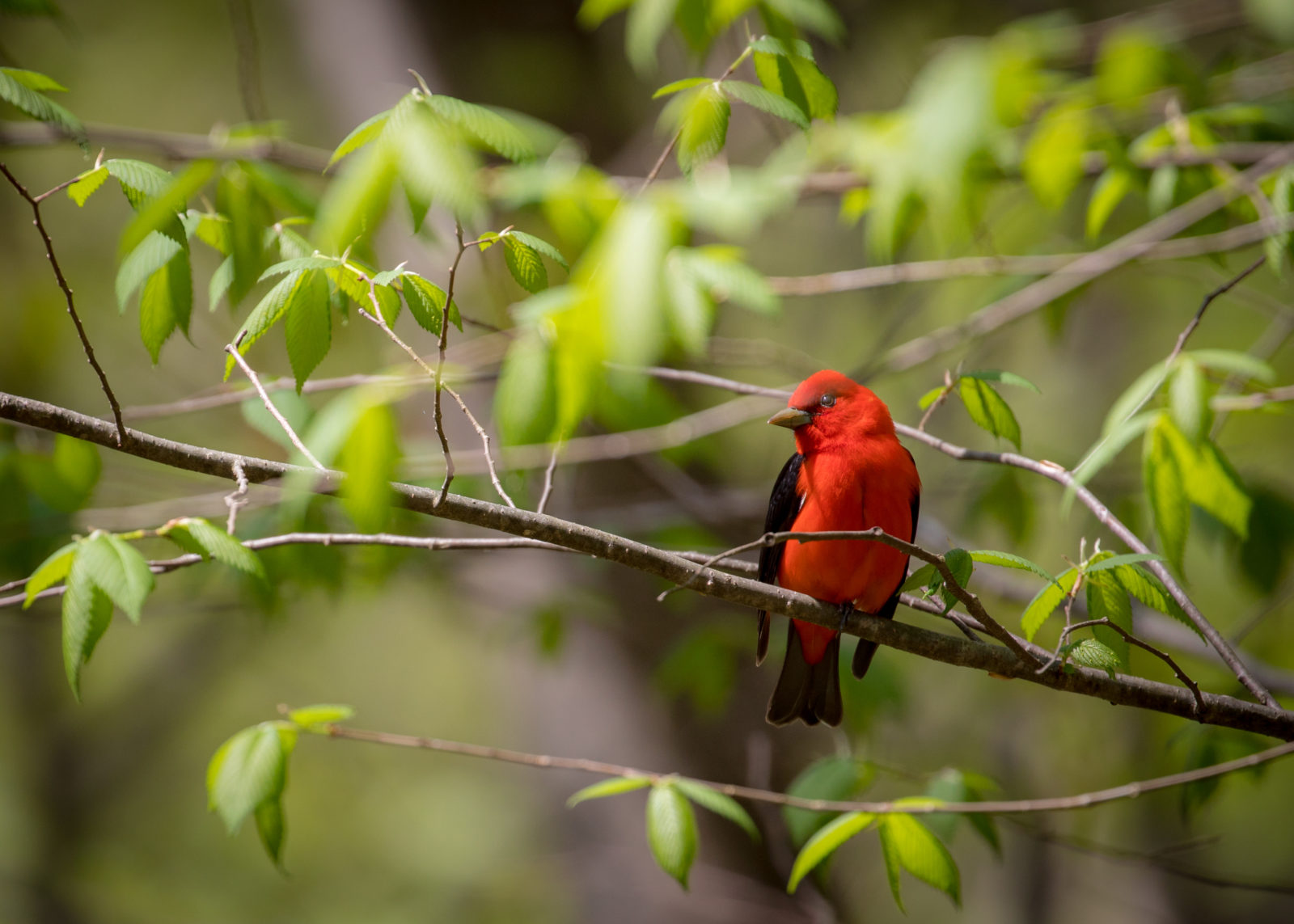 Parking is provided in 11 designated parking areas. The Appalachian Trail crosses the entire mountaintop portion of the management area, and there are numerous well defined trails and roads that provide foot access to the area’s interior.

The lower (eastern) portion of the area is accessible from I-66 at Markham (exit 17) by taking Route 688 (Leeds Manor Road) north, or from U. S. Route 17, south of Paris, on 688 south. The ridge top (western) portion is reached from State Route 55 at Linden (from I-66 take exit 13, Linden, and travel east), north on Route 638 (Freezeland Road). Continue on the unimproved Fire Trail to reach the Davenport Tract.