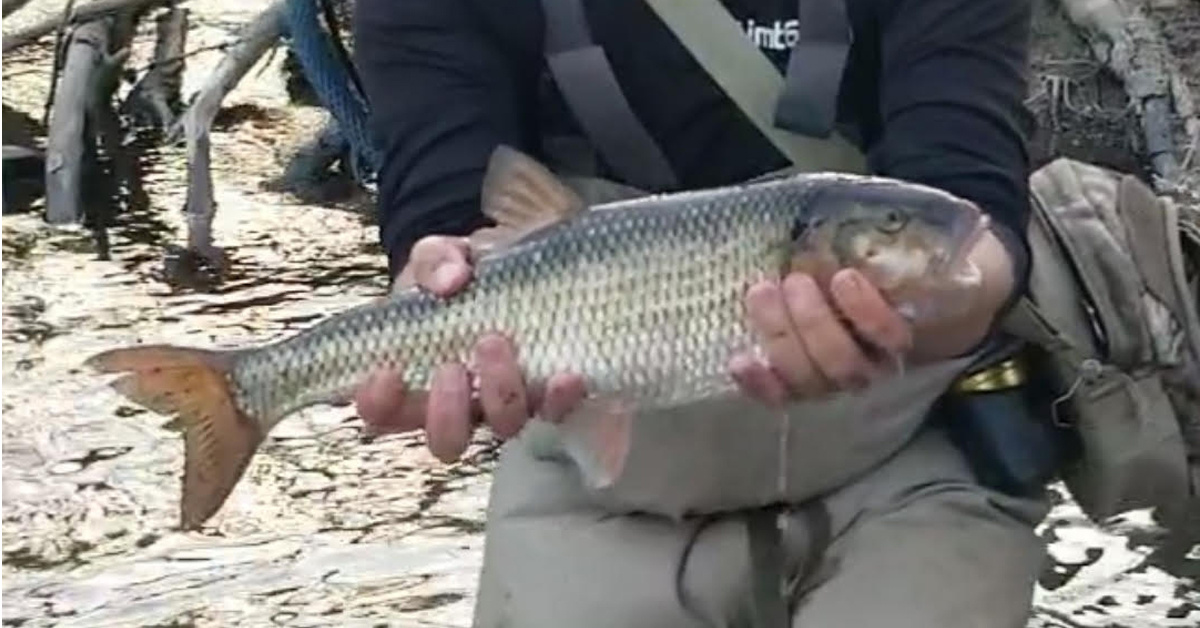 Heading out to the Cowpasture River one Sunday afternoon on a whim paid off with a new title as state record-holder for fallfish for Jerry Hall of Rockbridge, Virginia.

A dedicated angler and member of the Limit Six Trout Team, Hall spends most of his time targeting trout. In fact, he was fishing for trout when the 3-lb, 5-oz., 19 ¾” fallfish hit his fly on March 21. “Next thing you know, I was fluttering my quarter-ounce Joe’s Flies fly, and the fish just hit it like a Sherman tank,” Hall said.

“Normally, we catch and release them,” Hall continued. “The fish had rolled in the net and gotten the fly hung up in the net. Typically I catch 35 or 40 citation brook trout a year, and I know what a 3-pound fish looks like and feels like. I thought I’d seen that the state record fallfish was a bit over 2 pounds. I knew this fish was well over 3 pounds. So, I brought it out on the notion that it was a state record. There’s no internet service there, so I couldn’t check. After a 20-minute walk back to the truck, I put him on the scales and he weighed 3.3 pounds, so I took him to get certified.” 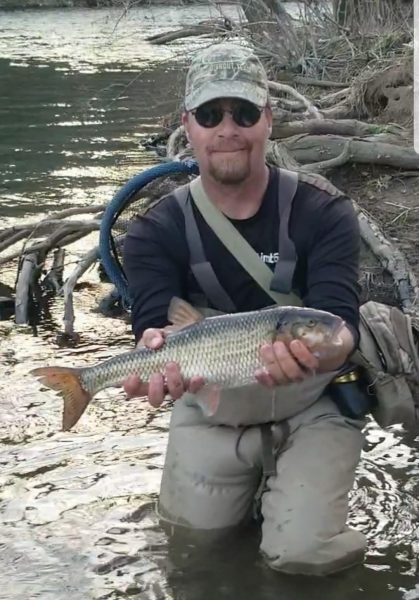 Read more about the fallfish in the Virginia Wildlife article “Fallfish: Little Tarpon of the Commonwealth.” 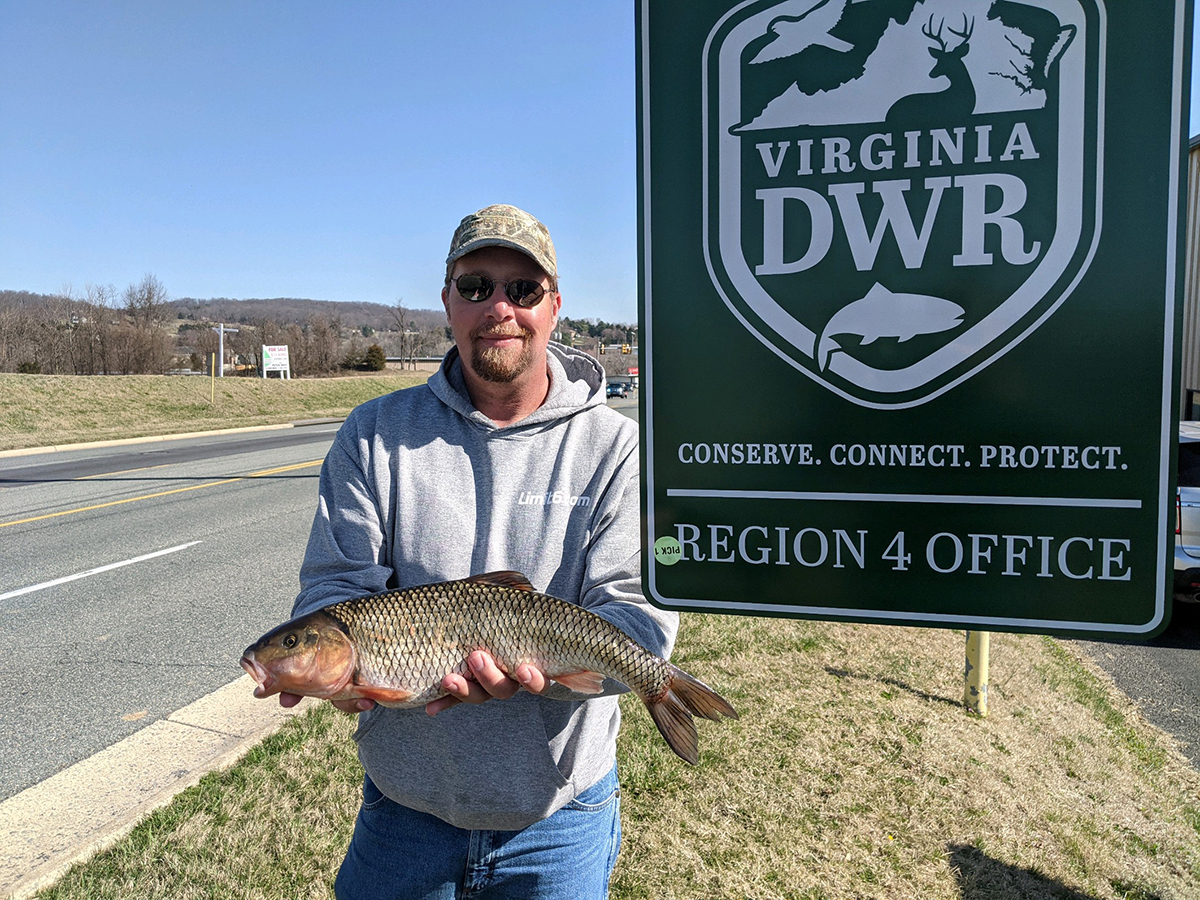 Anglers might be surprised at the reel Hall was using to net his record fallfish. “I don’t fish an open-face reel,” he said. “I fish a Zebco Micro 33. There have been people who call me the push-button slayer, and I get made fun of a lot for fishing with a push-button reel, but I catch a lot of big fish!”

Hall owns his own lawn-care business, so he’s able to carve out time to get on the water for the hobby he loves. “For me, all the fishermen are a big family. That’s what the Limit Six Trout Team prides itself on—we’re a family. I love getting outdoors with my daughter. She loves to fish, and it’s a father-daughter bonding time. When I’m fishing, it’s time not having to think about work or anything else that’s going on in the world.”

Hall put the word out about his state record fallfish on social media and another dream came true. “Joe’s Flies contacted me and made me a pro staffer for them. That’s been one of my lifelong goals,” he said.

Hall is enjoying his moment, but he knows anglers are out there with lines in the water and there might be a bigger fish swimming around. “It’s an extraordinarily large fallfish; I’ve fished a lot in my life and I’ve never caught one close to it before,” he said. “It set the bar high, but I think that record can be beaten!”