Prospecting for Gold – The Golden-Winged Warbler on Highland WMA 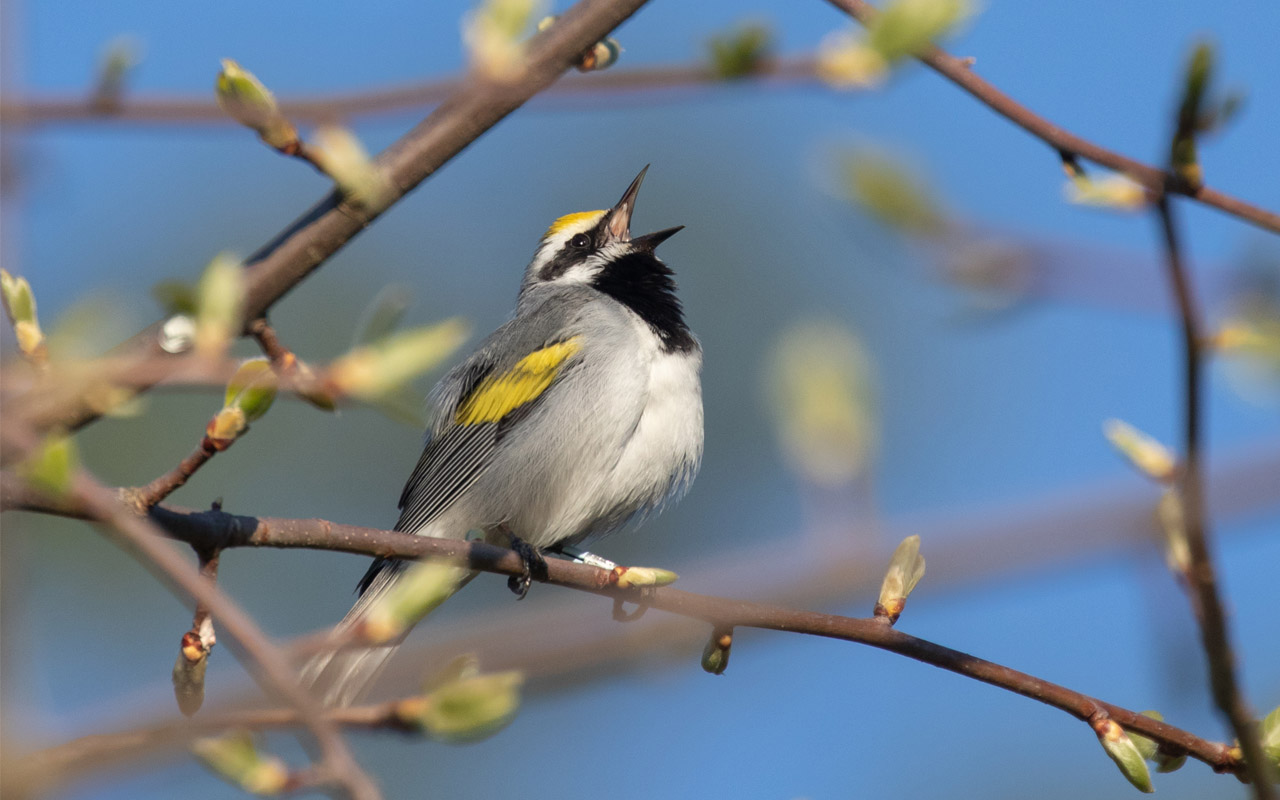 A stock photo of a golden-winged warbler. Photo by Flickr Creative Commons

DWR biologists never fancied themselves as prospectors, but this past June they struck gold on the Highland Wildlife Management Area (WMA) in Highland County – 0.3 oz of gold, to be exact, in the form of the golden-winged warbler, a tiny but colorful songbird with prominent patches of yellow on its cap and wings. Its arrival on the WMA is no accident, however, but the result of much planning and management designed to create the habitat favored by this high-priority species.

The golden-winged warbler is a long-distance migrant that travels more than 3,000 miles annually from Venezuela and Colombia to breed in the mountains of Virginia and of the broader Appalachian region. Its Appalachian population has been declining steadily since at least the mid-1960, and is reduced to a fragment of what it is once estimated to have been. Various conservation efforts are being implemented nationally and internationally to reverse those losses—the success at Highland WMA is a small, yet important, piece of those broader efforts.

Golden-winged warblers thrive in open, shrubby habitats at elevations of over 2,000 ft. Highland WMA provided the raw materials for ideal golden-wing habitat in the form of four large forest openings atop the ridgeline of Jack Mountain, at an elevation of between 3,000 and 4000 ft. A key ingredient that was missing from these grassy openings: shrubs—specifically, low-lying patches of Rubus species (ex. blackberry), at the base of which the bird is fond of building its nest. In 2016, a habitat management plan to promote shrubs began to take shape, through on-site visits and consultation with Virginia Commonwealth University’s (VCU) Dr. Lesley Bulluck, Virginia’s resident golden-winged warbler expert. DWR Wildlife Area Managers created brush piles and conducted prescribed burns to stimulate Rubus growth, applied herbicide treatments to reduce non-native grasses, and coordinated a small timber harvest to create an open forest-like overstory and to expand one of the openings. 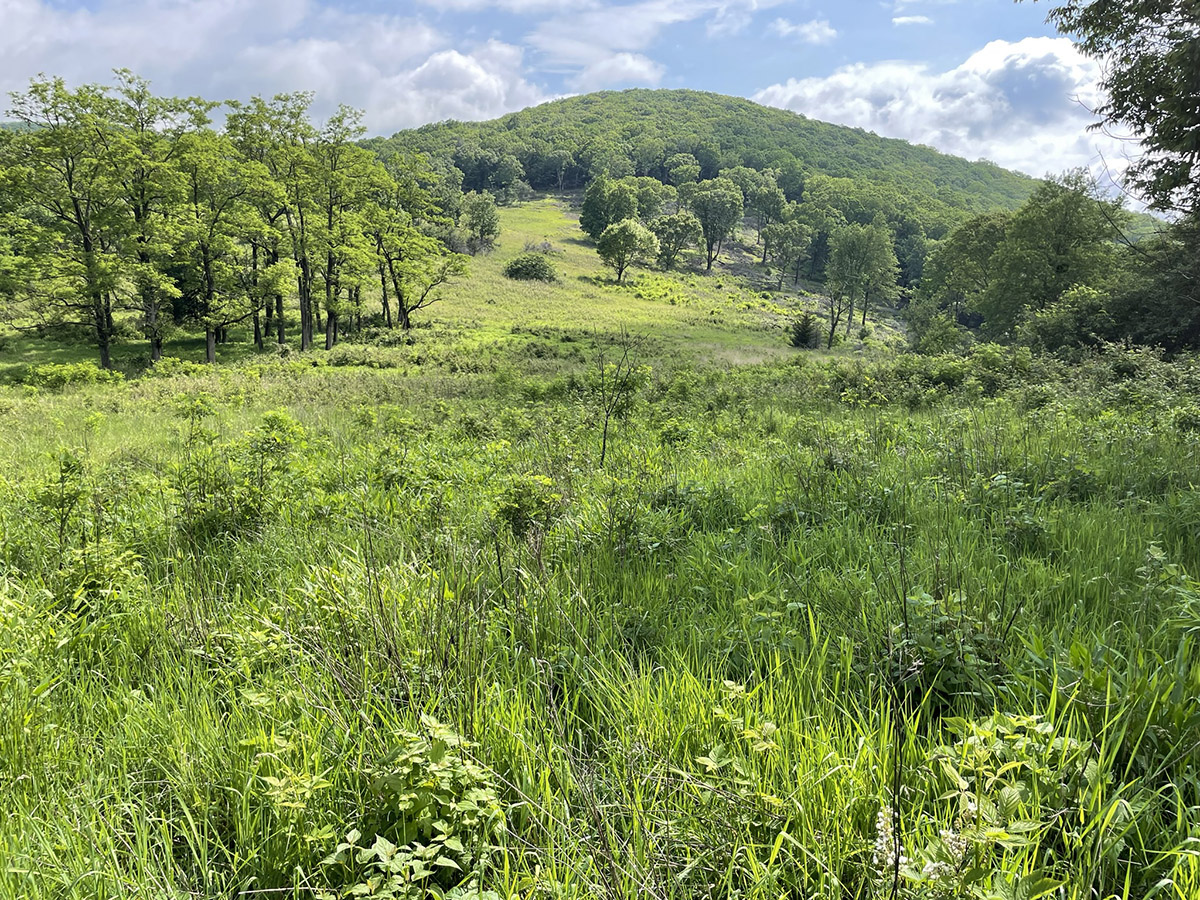 Surveys of the openings by DWR and VCU have taken place since habitat management began, but the magic moment came on May 23 of this year. On that date, DWR personnel were shooting video to document the work done on the WMA for the benefit of the warbler and other high-priority species. It was in the largest of the openings that they heard the tell-tale buzzy song of a male golden-wing emanating from a tall oak in the middle of the patch. The bird was heard again and visually confirmed on a follow-up visit on June 1. A formal survey by Dr. Bulluck confirmed a male and female in the same opening on June 12—a breeding pair had settled on the WMA.

On the heels of this exciting discovery, plans are already underway to create even more space for the warbler by connecting each of the openings into one very large block of habitat. All of the work has been and will continue to be done in concert with management practices to help the federally endangered rusty patched bumble bee, which has also established a population on the WMA.

The success at Highland WMA is a small yet significant step toward improving the golden-winged warbler’s recovery outlook in Virginia. In the commonwealth, as elsewhere, the majority of the golden-wing’s population is found on private lands. Although working with willing landowners to manage habitat on their lands will continue to be essential to conservation of the species, habitat management on public lands can also yield conservation dividends—and a pocketful of gold.

Restore the Wild is a DWR initiative that funds habitat projects similar to these with donations and membership dollars, helping fund DWR habitat work for a wide variety of wildlife species.