It has been 10 days since the fourth and final egg was laid by the female falcon. This means that when tuning into the livestream, viewers can reliably expect to see either the male or female falcon on top of the eggs!

Peregrine falcon eggs are incubated for an average of 33-35 days before hatching, which means we would expect to see our first hatch sometime between May 5th and May 7th considering incubation often begins when the second to last egg in the clutch is laid. Last year’s clutch from this female was incubated for 35 days prior to the first and only egg hatch of the season. 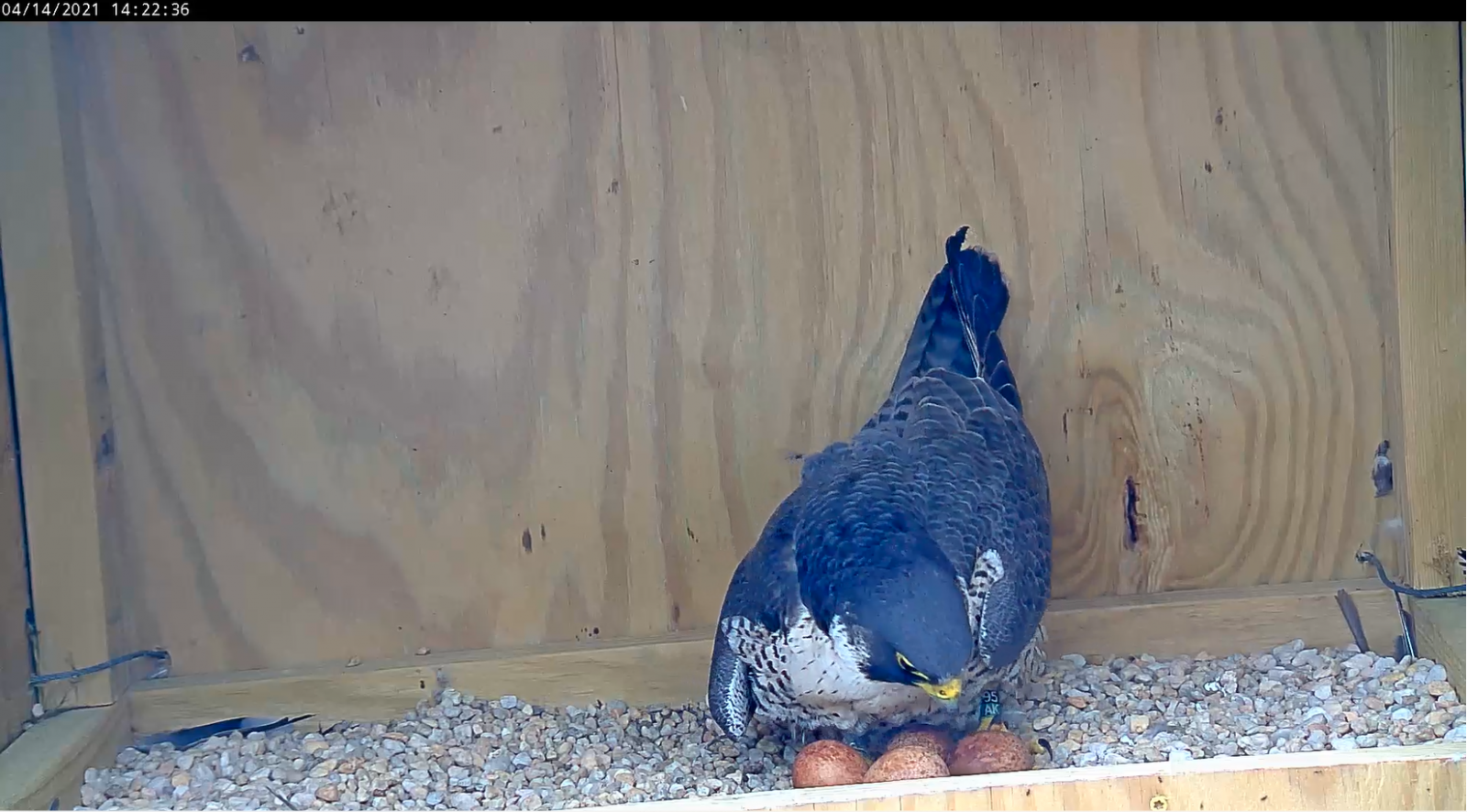 Female falcon carefully adjusts her position atop the eggs.

Although female falcons spend more hours incubating eggs than males, both sexes take turns atop the clutch in bouts which can last several hours before they trade places, otherwise known as an incubation exchange. If you are lucky enough to catch an incubation exchange on camera, you may notice the female communicating with the male just before leaving the nest to let him take over. It is most likely that she is responding to the male who calls her off, possibly having left food for her somewhere nearby or just to signal that he is ready to take his turn on the eggs. Other potential reasons why she may leave the nest could be to preen, to eliminate waste, or in rare instances to even do some hunting of her own!