We have been monitoring the progress of the chicks following their banding, and are pleased to report that they are doing well and being fed by both parents during this initial period of adjustment to the pen.

The penning of the chicks was completed by 12:40 pm on June 3, and the adult female of the pair began appearing on camera with prey at 5:10 pm.  The first successful feeding took place from the front of the pen just after 6 pm.  This was after a period during which the female appeared to take stock of the pen and attempted to feed the chicks from the pen’s left side, in the process sliding down the fluorescent lights.  Additional feedings by the female on this evening took place at 7:05, 8:15 and 8:50.  In between these feedings, the female explored access to the chicks by climbing along the pen’s bars on both the right and left side, by ducking beneath the fluorescent lights, and by dropping back behind the nest box.  The male was not seen on this first day. 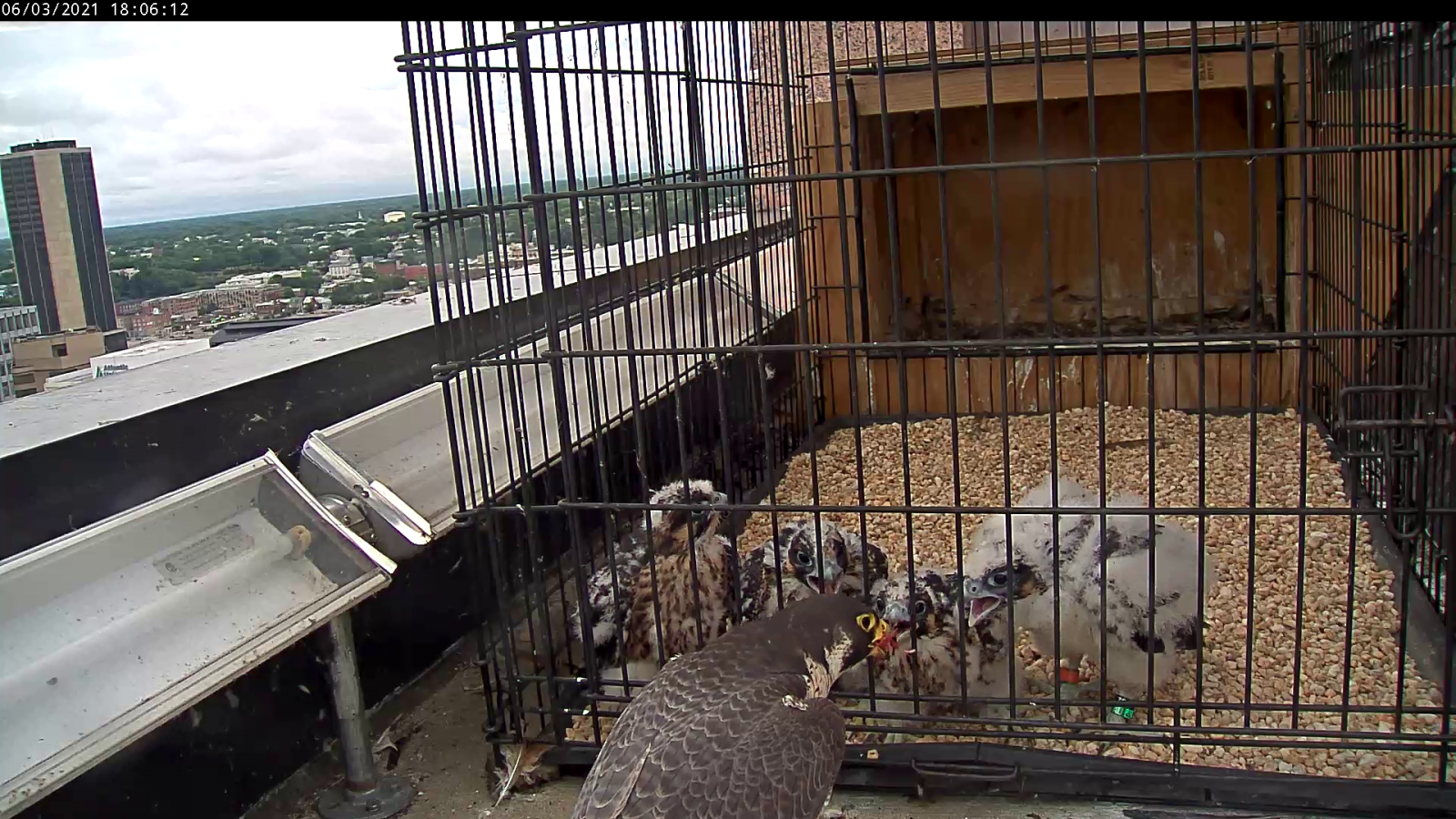 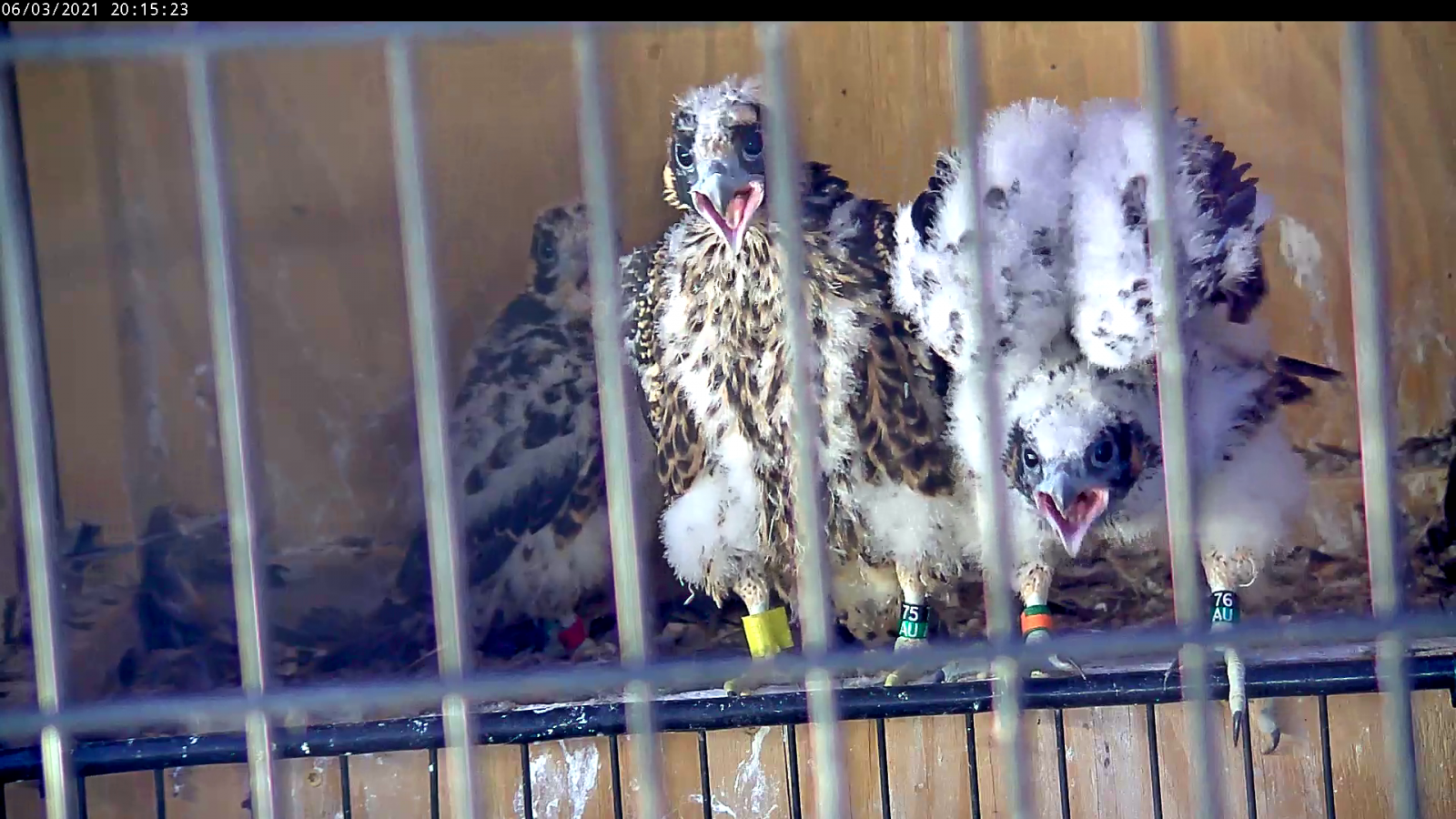 Chicks anticipating a feeding on June 3

On Friday, June 4, there were 3 successful feedings by the female out of her 4 attempts – the chicks were fed in the morning at 9:15 and 10:02, and again at 6:50 pm.  The male was also seen twice on camera, without prey, in the early afternoon. 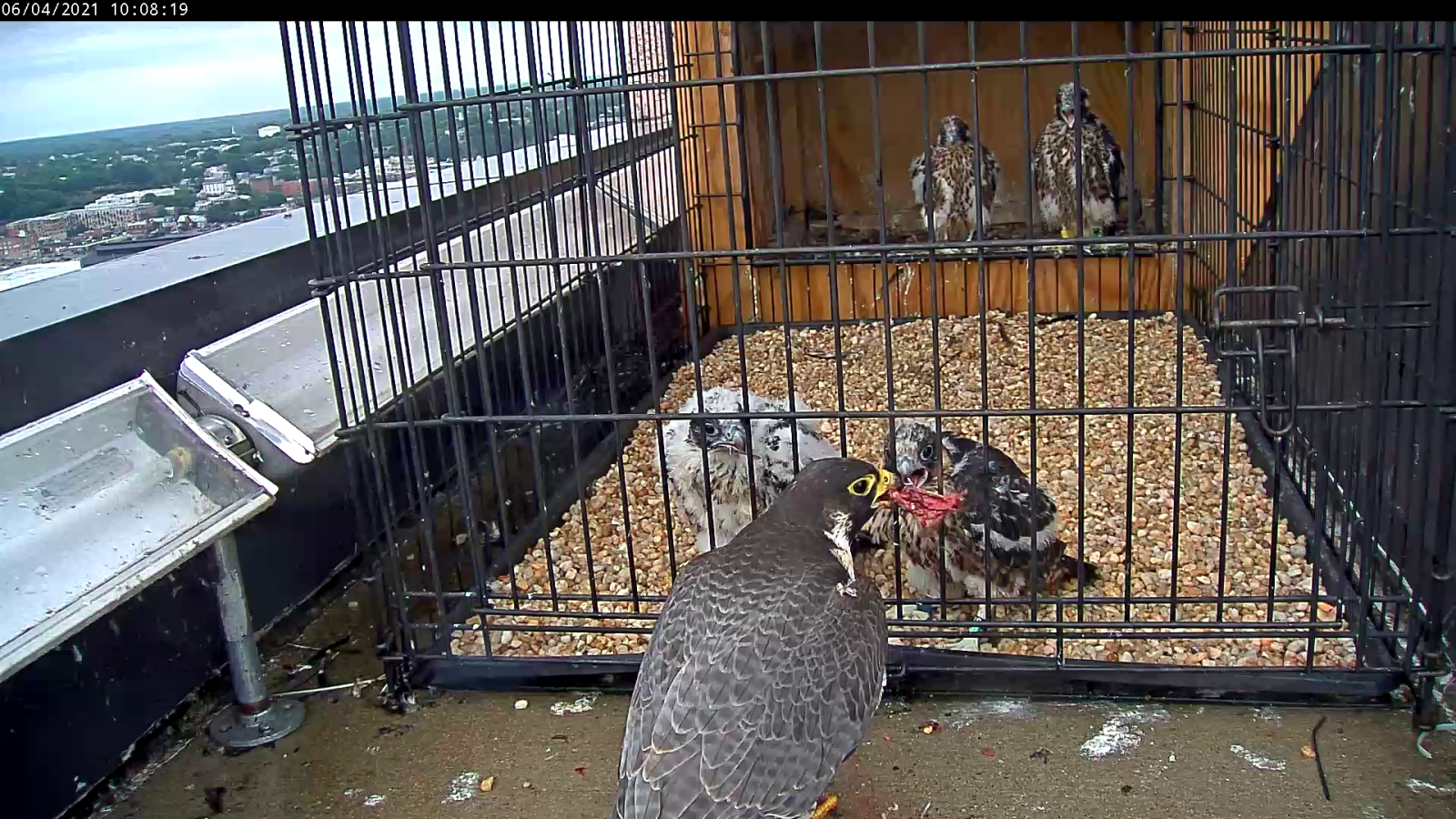 As of the time of this writing on Saturday, June 5th, the male has fed the chicks multiple times between 5:35 am and 2:35 pm. 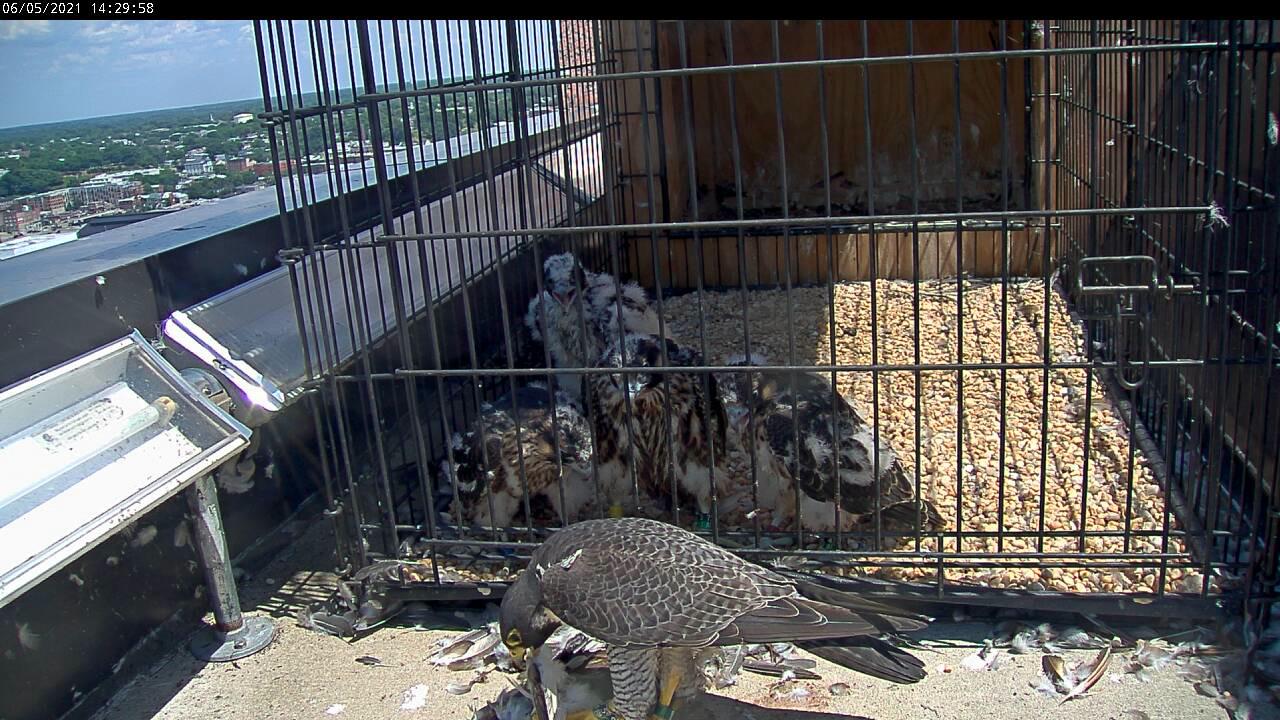 The penning of the chicks is a technique that we have used successfully since the early 2000s, shortly after Peregrine Falcons began nesting in Richmond.  Penning came about as a response to falcon chicks ending up grounded on the downtown expressway, when they jumped prematurely from their nest box on a different building during one of those early years.  Since then, we have penned the chicks consistently each year after they are banded.  On two occasions (2009 and 2020) in which a pen was not deployed at Riverfront Plaza, chicks have ended up grounded at street level, having come off the building before being fully capable of flight.

The original breeding falcon pair did not seem to have trouble feeding their chicks through the pen, and did so without problems throughout the years.  This is the first exposure that the current adults have had to the pen, but they appear to be growing increasingly accustomed to it.  We are optimistic that they will continue to acclimate to feeding their offspring through the pen in the coming days.